Blog Editor’s Note: An interesting article showing how China is continuing to erode US and GPS leadership.

Bei Dou does have a number of features that GPS does not as indicated in the chart from Mitre below. 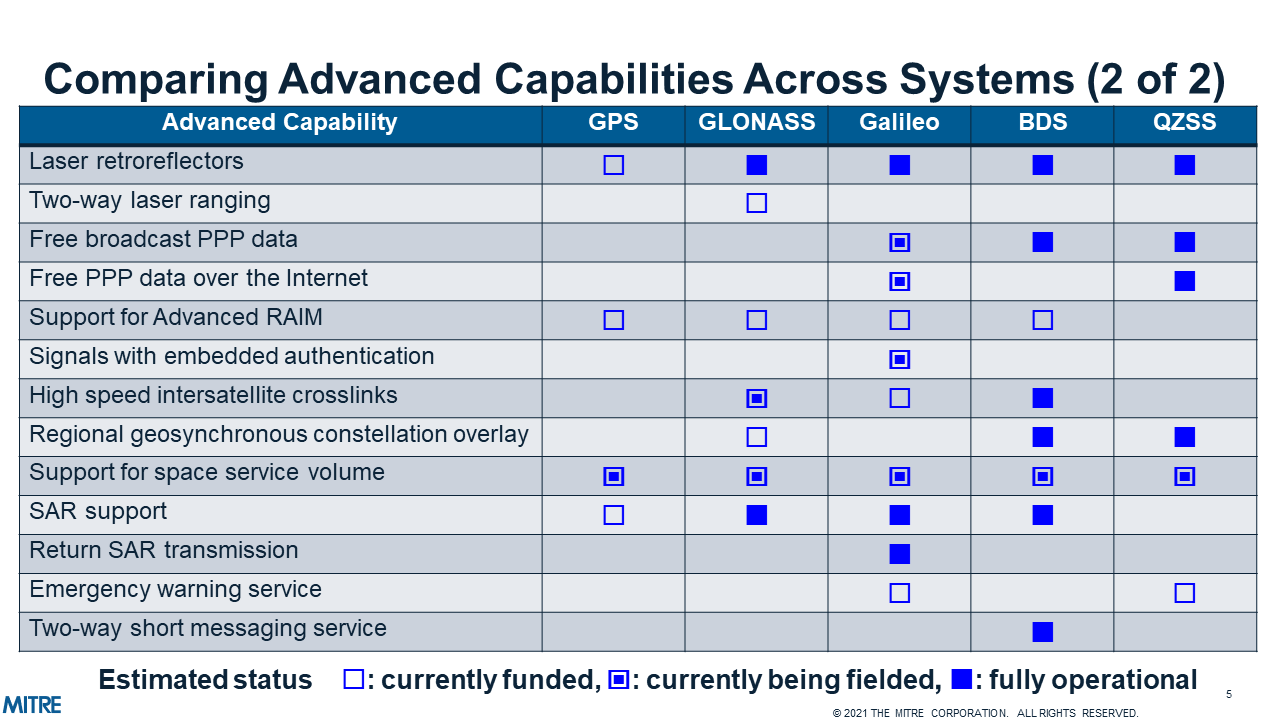 But we think that a lot of the reasons given in the article below for Pakistani forces switching from GPS to Bei Dou are spurious.

The real reason for the switch is that China recognizes PNT is an instrument of national power and the US does not. So China spends time and effort to get other nations to use their system and we don’t do the same for ours. Neither do we offer US solutions or alternatives when other nations make GPS users look silly by jamming or spoofing them.

Why Pakistan’s Military Switched From the US-Owned GPS To The Chinese BeiDou Navigation System?

For a long time, all the three defense services of Pakistan were using the US-owned and controlled GPS system for the military applications mentioned above. Keeping in view the vulnerability of our military assets, planning, and operations due to the unreliable nature of the Pak- US relationship, the Pakistan military had been contemplating for quite some time to switch over from GPS to a more reliable navigation system.

The system was based on the Doppler Effect and provided location information and navigation to missiles, submarines, and surface ships. NAVSAT was also used for hydrographic and geodetic surveys by the US Navy and Army respectively.