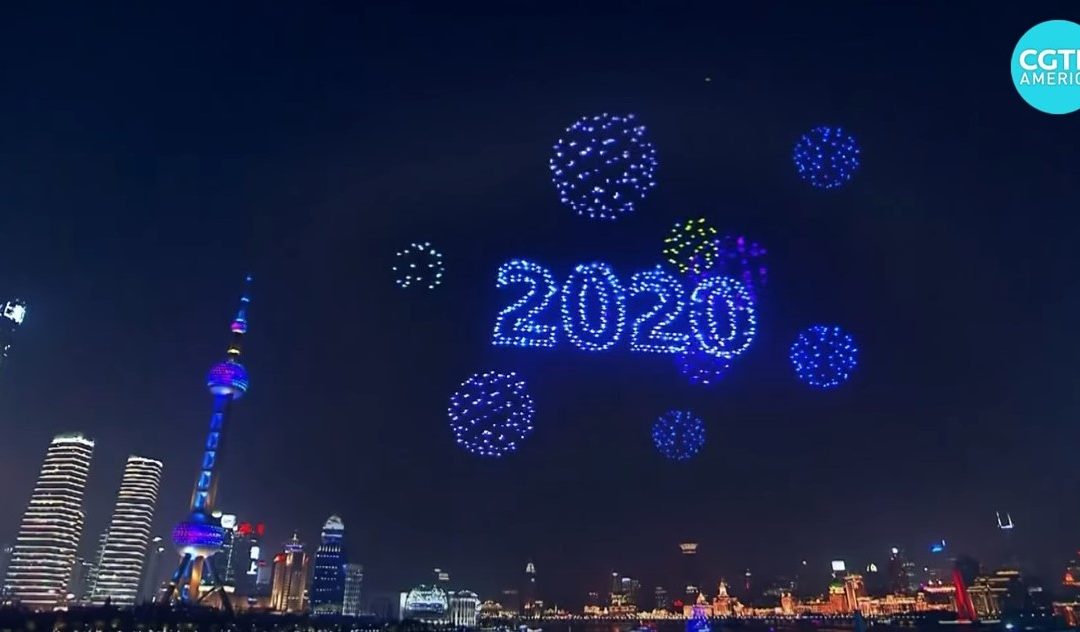 Lighted drones formed variety of images including colored shapes, a man running across the sky, and numbers counting down the seconds until midnight.

Shanghai, indeed much of coastal China, has seen repeated patterns of GPS jamming and spoofing over the last year.

And previous drone shows in China have been spoiled by by interference with navigation signals. One incident was reported by Chinese media in May 2018 and another in October of that same year.

Given this history, and success of this year’s show, many have speculated that the Chinese government must have made a conscious decision to avoid interference activity for the duration of the celebration.

Others have suggested that perhaps that GPS spoofing was still on-going, but that the drones were using China’s BeiDou satellite navigation system.

It is possible to interfere with GPS without impacting BeiDou. This would be a riskier option, though, as the two systems operate on nearby frequencies and some “bleed-over” interference could take place.

China has recently announced an increased focus on ensuring PNT information is available to its populace from a variety of differing sources in a “comprehensive” architecture. Such an approach will ensure that users have the critical location and timing information they need regardless of interference with satellite signals.

Given this attention from leadership, it is likely that the need for unimpeded navigation was taken well into account before the recent drone show in Shanghai.

Also that we are not likely to see many future reports of drone shows in China being disrupted by nav system interference.