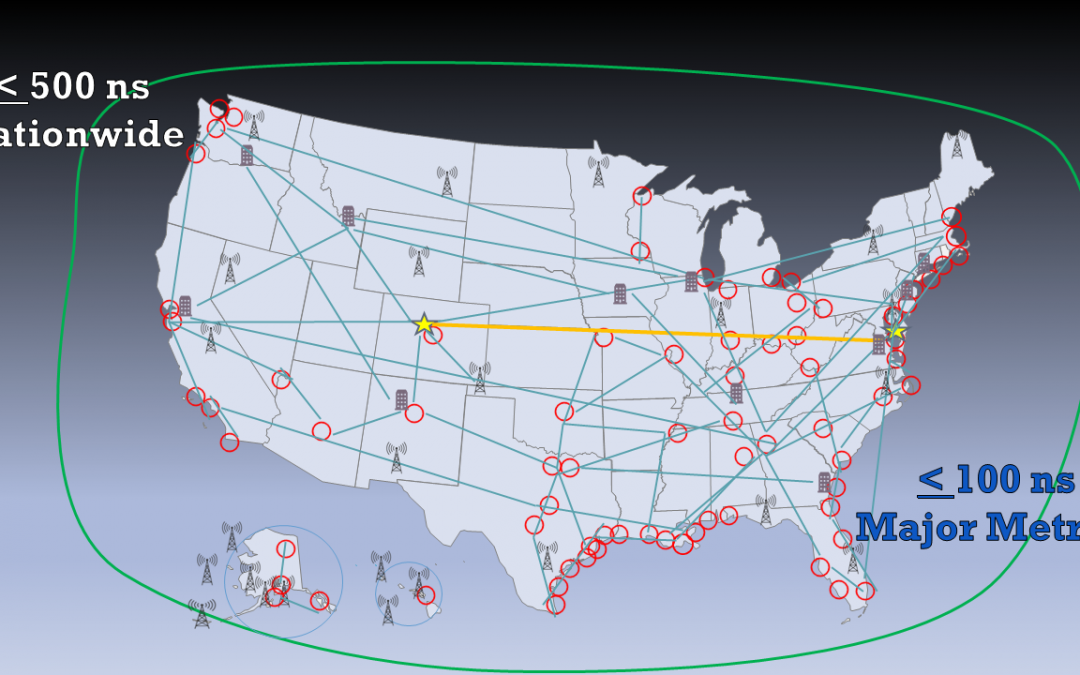 Blog editor’s note: RNT Foundation member DR Pat Diamond, and foundation president Dana A. Goward were two of the co-authors for the paper discussed below.

Precise time for all: Paper calls for resilient national timing

A new white paper sponsored by the Resilient Navigation and Timing Foundation (RNT Foundation) discusses the need and implementation of a reliable and resilient national timing architecture that will include space-based assets. This system-of-systems architecture — GNSS, terrestrial eLoran broadcasts and fiber — is essential to underpin today’s technology and support development of tomorrow’s systems, according to the executive summary of A Resilient National Timing Architecture.

“Everyone in the developed world needs precise time, all the time, whether they know it or not,” said Marc Weiss, one of the paper’s authors and an internationally recognized expert on timing and synchronization. “It is a foundation of every networked technology, digital broadcast, and most navigation systems, to name just a few critical uses.”

“Precise time is so important that everyone needs at least three independent methods of getting it. So, if one, or even two, fail it is not a national disaster,” said Pat Diamond, co-author of the paper. “Our proposed architecture calls for precise time via GNSS, terrestrial eLoran broadcasts and fiber.” Diamond is a long-time network designer, developer, and entrepreneur. He is also a member of the U.S. National Space-Based Positioning, Navigation, and Timing Advisory Board.

Diamond also pointed out that these three methods should be the backbone for timing distribution in the U.S., but won’t be the only methods. “What we are describing is a baseline architecture that will be added to,” he said. “It is a starting point. We envision in the paper additional distribution methods like time from other satellites, user clocks, and so on, all being part of the mix.”

The U.S. federal government has a leadership interest and responsibility in all of this, according to the paper. Nations have long recognized the military and commercial advantages of determining and distributing precise time. Great Britain’s Longitude Act of 1714 was really about developing a chronometer to support safe navigation of Royal Navy and British merchant fleet. In the United States, the U.S. Naval Observatory has been keeping and distributing a national time scale time since 1845.

“Just because the feds have an important leadership role, doesn’t mean they have to build and own a bunch of systems,” said Dana A. Goward, the paper’s third co-author and executive director of the RNT Foundation. “There are a variety of ways these systems can be established. Public-private-partnerships, subscription contracts like the FAA did with their air traffic ADS-B system, and cooperative agreements are all examples. As we move forward with 5G telecommunications and perhaps even timing and navigation, it will be increasingly important to have a rock solid timing infrastructure to support it all.”

The National Timing Resilience and Security Act of 2018 requires the U.S. Department of Transportation to establish a terrestrial system to backup GPS timing services by December of this year. While the department does not appear to be on track to meet that goal, it completed a technology demonstration program for GPS backup technologies earlier this year. Two companies demonstrated timing distribution by fiber. Another two demonstrated eLoran.

Many Pieces Already in Place

One of the benefits of the proposed architecture is that much of what is called for is already in place, according to the paper. “We already have fiber networks, NAPs (network access points). eLoran is mature and has been deployed by the Brits. And the U.S. government owns enough former Loran-C sites to establish a nationwide eLoran network,” Diamond said. “All we need is a bit of money and some engineering work to put this all together.”