What Happens If GPS Goes Dark? The Pentagon Is Working on It [but only for the military] -Air Force Magazine 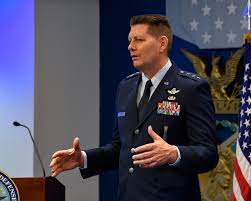 Blog Editor’s Note – We are always concerned when we see media reports like this. They invariably fail to note that most DOD efforts only benefit the very small percentage of GPS users who are military.

Most GPS users by far are civilians. The headline for them is “What happens if GPS goes dark? You are on your own.”

Headlines like the one below can easily mislead members of Congress, their staffs, and the public at large by making them think something is being done that will help them and the critical systems upon which we all depend.

What Happens If GPS Goes Dark? The Pentagon Is Working on It, Space Force General Says

An F-35 is flying above the Indo-Pacific at 35,000 feet, when suddenly, the constellation of GPS satellites it relies upon for navigation goes dark. An adversary—either through a cyber or other anti-satellite attack—has taken down the system. What happens next?

That’s the question Sen. Angus King (I-Maine) asked of Vice Chief of Space Operations Gen. David D. Thompson during a May 11 hearing of the Senate Armed Services strategic forces subcommittee. And while the issue has been raised for years now, it’s one the Pentagon is increasingly concerned with, Thompson told lawmakers.

Blog Editor’s Post Script: Check out the link in the last sentence of the excerpt above. It is to a 1996 article that describes concerns about GPS jamming and especially vulnerable receivers. Could almost have been written today!