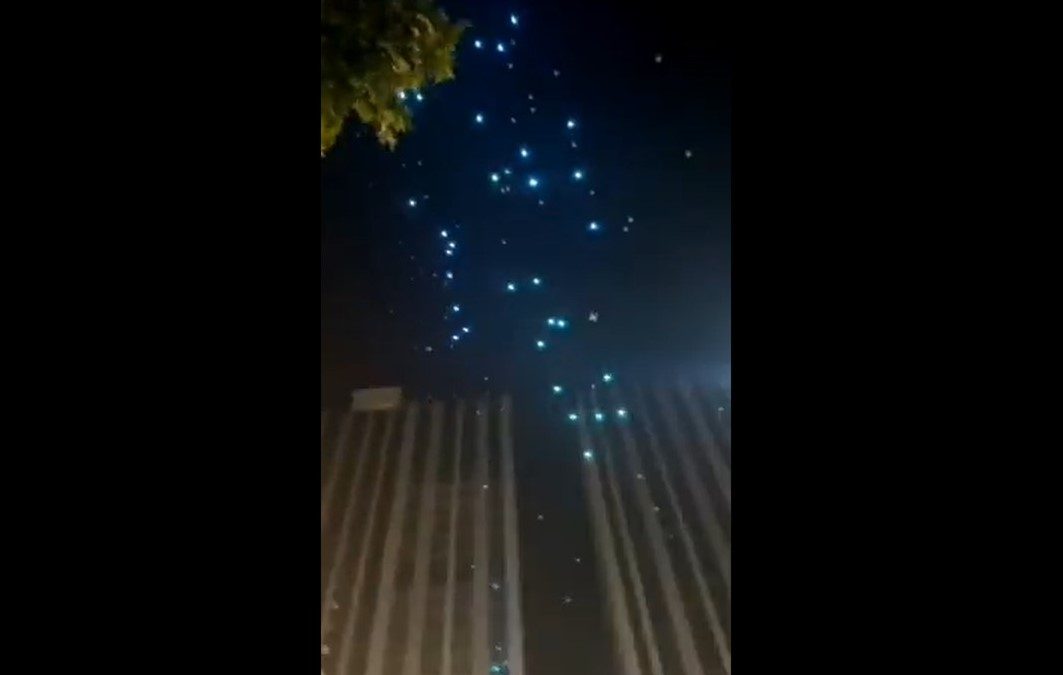 Here is an interesting item we came across. Seems there was a big drone display/demonstration in Zhengzhou, China when all of a sudden the drones started falling from the sky.

“Word on the street is that a rival drone company that lost the bid interfered to overwhelm the drones nav system!”

Even if that is pure speculation rather than inside knowledge, we are hard pressed to think of anything other than RF interference that would cause something like this. Might not have been from a competitor, but still almost certainly some kind of RF jamming or spoofing issue. Probably impacting GNSS signals.

That said, we would expect jamming to result in the drones automatically landing. But the video shows some of them coming down way too quickly. It really does seem like many are falling or being driven downward in a high-rate powered descent.

We have seen and reported on disrupted drone displays in China before, but the drones never fell from the sky like some do in this video.

Post Script 1 Nov 2021 – In a video posted on YouTube, the Managing Director of GPSPatron reported that he had been contacted by Chinese authorities who confirmed this was the result of a competing company spoofing the drones’ navigation systems. – Editor