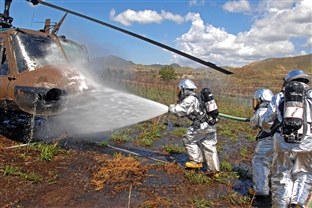 Blog Editor’s Note:  We have posted on this before and, while it is not in the center of our normal lane, it is worth raising the issue again. And, with the Ligado decision, the PNT community has certainly had to contend with the challenge of contested (and lost) FCC actions.

We admit to not being seasoned FCC observers, nor having any expertise in spectrum management.  That said, on the face of them recent FCC actions (Ligado, Safety Band, Radar Altimeters) should give all citizens and policy makers cause for concern and raise some serious questions that must have answers:

By: Valerie Insinna and Aaron Mehta

WASHINGTON — As part of a broader move to boost the 5G industry in the United States, the Federal Communications Commission on Dec. 8 began auctioning a portion of C-band electromagnetic spectrum, a move the committee’s chairman, Ajit Pai, celebrated as “a big day for American consumers and U.S. leadership in 5G.”

But, in the weeks leading up to the auction, more than a dozen commercial aviation groups warned the sale could, as one study put it, lead to “catastrophic failures” with the potential for “multiple fatalities.”

At the core of the concerns are radar altimeters, a critical piece of aviation technology used by military, commercial and civil aircraft of all types — including helicopters and unmanned aerial systems — to measure the distance between an aircraft and the ground.

The aviation groups worry that 5G operations on the spectrum sold by the FCC could cause interference that would provide inaccurate readings on altimeters or cause their failure outright, in essence leaving pilots unaware of how far they are from the ground and potentially leading to crashes over the United States.