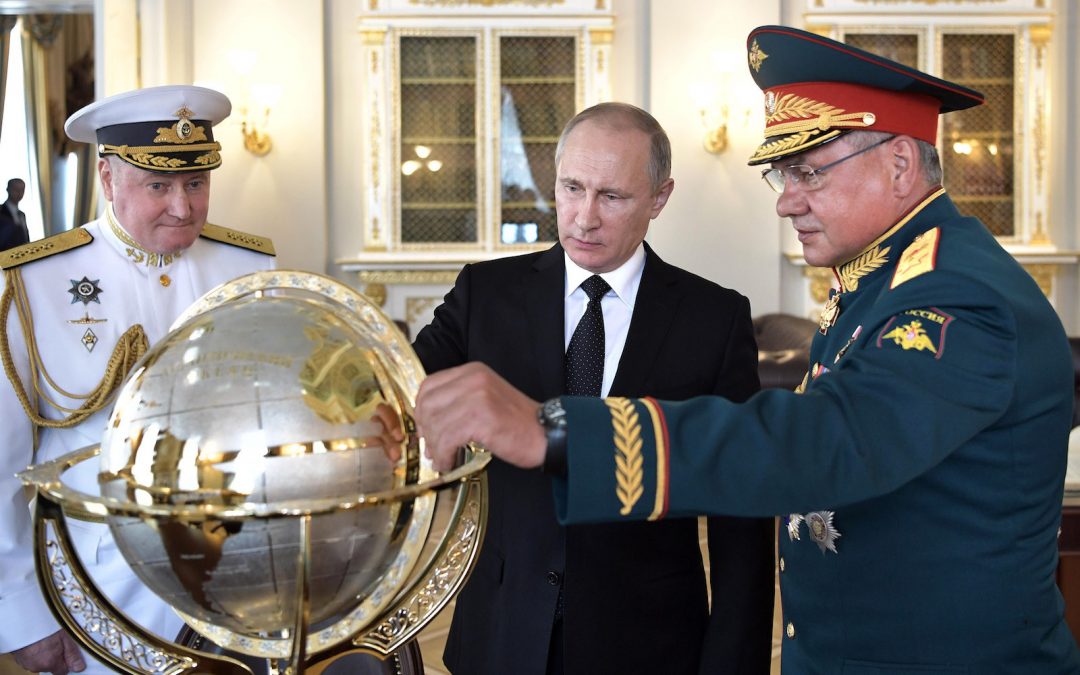 Blog Editor’s Note: The Assn of Old Crows sponsored a webinar last week “How America is Losing the GPS War – and risking everything.” The presenter was RNTF President, Dana A. Goward.

If you are not an Old Crow, you can click on the images below for the slides and narrative.

Questions afterward from attendees were amazing and ran well past the allotted time. We even had some emailed in after the webinar. As promised, in addition to answering them at the webinar, we are also posting the Q & A here.

We had so many questions we are doing this in two parts.

Today we address Is GPS Jamming & Spoofing an Act of War? and general questions about Terrestrial Alternatives to GPS.

Q. Does GPS jamming/spoofing not count as an act of war?

A. Great question. I don’t know, though it doesn’t seem like it is all the time. China jams the US Navy and Russia jams NATO and it neighbors all the time. I haven’t seen anyone call it that yet.

This is an interesting issue. If and when nations disrupt GPS or other satnav systems they are violating their treaty obligations under the International Telecommunications Union Radio Regulations. Presumably if they announce that they are doing it for military exercise or security purposes, that’s OK.

On the other hand, to a great degree, sovereign nations are able to do what they want within their own borders. The problems come when that impacts adjacent international waters, international airspace, or affects ships and aircraft on international trips through their sovereign waters and airspace.

Q. You mentioned a federal effort to get a timing backup for GPS, what about location and navigation?

A. The National Timing Resilience and Security Act of 2018 requires Dept. of Transportation to establish a wide area, terrestrial, wireless timing signal to backup GPS timing services by December of 2020. The department is behind schedule, but moving in that direction.

The act also requires that the system be expandable to provide navigation services.

When the act was being considered, there was broad consensus on timing as the most important component of PNT because of network synchronization and time stamping of transactions and data. Thus, this was what could be achieved as a first step.

Q. What technologies could provide a good terrestrial augment or backup for GPS PNT services?

A. It depends upon whether you are interested in Positioning, Navigation, or Timing services, or all three at the same time. The Department of Transportation is currently doing a GPS Backup Technology Demonstration with systems from eleven different vendors. See article here. These include other satellite systems, fiber-based timing systems, inertials, something called R-mode for ships, and terrestrial systems. The terrestrial offerings include systems based on wifi, beacons, and eLoran.

Q. In an AOR such as the Pacific, is it possible to place a “terrestrial” augmentation on a ship? I assume accuracy would be reduced from a fixed terrestrial system, but might it prove useful in a denied/degraded environment?

A. It is possible. In fact, aircraft carriers for decades have had a terrestrial system called TACAN that provides their aircraft range and bearing to the ship.

It could be possible to use much longer range system if ships were steaming in company, say in a task force. Three or four ships could carry transmitters, constantly and precisely measure the baseline distances between the transmitters with microwave.  Low frequency propagates really well over saltwater, and could provide coverage up to 1,800km around the ships. It would not be as precise as GPS, but it would allow aircraft to find the shore and the city they were targeting.

There is a bit of precedence for this in the 1970’s US Air Force’s Loran-D (deployable) system. The Air Force used it for forward bombing. Taking it to sea would be a bit more complicated, but with advances in computing and microwave technology since then, it should be doable.

Q. Are there any frequency bands which are preferred for Terrestrial PNT systems?

A. Very smart people tell me that the L band is just about perfect for space-based PNT. So it is a great question as to whether or not that is true for terrestrial PNT.

As far as I know, from a technical perspective, there are not any preferred frequency bands for terrestrial PNT. That said:

1) There are frequency bands designated for “radionavigation.” These might be considered preferred as using them would help avoid conflicting with other uses/users and them conflicting with you. Some commercial services are offered using bands that have a number of different authorized users. I have not heard of them having any difficulties to date. Not saying it hasn’t happened, but I have not heard.

2) The higher the frequency, the easier it is to get greater precision. To get exceptionally high precision, a very high frequency or higher would be required – note that these are all line-of-sight.

3) A frequency that is quite far away from that of GPS/GNSS is seen as desirable by many for a terrestrial system. This would help ensure that a phenomenon that impacts one system would be less likely to impact both.

Q. If there is established an alternative PNT-system to GPS, how will users, both critical and normal, be convinced to buy new receivers that make use of both GPS and the new alternative?

A. For any new technology there is a fairly predictable adoption sequence. Professional users who have a financial interest, and those mandated by law, regulation, or industry standards are the first adopters. Then, once antennas are reduced in size and receiving equipment is reduced to chip-scale (economic production quantity for this, we are told, is 100,000 units) prices will be reduced to the point where it wouldn’t make sense for most manufacturers to include them in new PNT receivers.

I understand sales of GPS/GNSS receivers have been fairly flat for several years (market saturation). It would likely be in the interests of equipment makers to be able to offer new, more capable equipment. Especially if economic production meant that only a dollar or two was added to the cost of each unit. “Your GNSS-only receiver is so yesterday! – Get a new, resilient one with System X added!”

A. No, military receivers are more difficult to jam or spoof than civil receivers. A couple of caveats, though:

1) Using the full capability of military receivers requires the use of keying material, which is classified and requires two-person accountability. This can be seen as a huge, not worth it, hassle for fairly simple, low risk missions. Say, like transiting two Navy boats down the coast of Saudi Arabia from Kuwait to Bahrain.

2) Military receivers, while more capable than civil receivers, are still fairly easy to jam. It is just a matter of physics. GPS signals from space are exceptionally weak and their characteristics well known. It doesn’t take a whole lot of power, therefore, to interfere with them, no matter how good the receiver.

Q. Why is it assumed that the addition of terrestrial navigation will provide additional security? Couldn’t it be just as easily jammed or spoofed?

A. Theoretically, anything can be jammed or spoofed. It is really a matter of making your PNT sufficiently robust that it is a sufficiently difficult target and your adversary looks for a different weakness.

A new terrestrial PNT system will have a lot of advantages:

1) The new system would be able to take advantage of the 30+ years of development in cybersecurity and authentication technology that has taken place since GPS was first designed and put in space.

2) Since transmitters and antennas won’t be limited by size and weight, it will be able to broadcast at much higher power and on a much different frequency.

Mr. Mitch Narins, formerly FAA and now Strategic Synergies, LLC, attended the webinar. He offered: “Transmitting a high power 100 kHz signal [eloran frequency] which has a 3-km long wavelength, is not something you can do from a small device with a small antenna. It would take very big equipment and a signal that would be very easy to locate.”

3) The new system would be more flexible as you could access it with a Ford-150 vice a rocket. Hardware updates and modifications would be much, much easier.