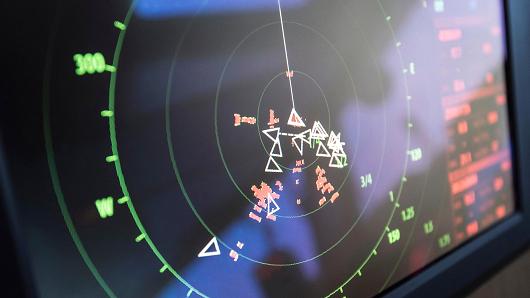 Blog editor’s Note: This is a good overview of the impacts on maritime and features comments from long-time RNTF Advisory Council member Prof David Last, BSc(Eng), PhD, DSc, CEng, FIET, FRIN. We have met a lot of  smart people with many letters after their name who have trouble finding their shoe laces, let alone tying them. David Last is not one of them. In addition to his impressive academic credentials, Prof Last is also a practical navigator at sea and in the air. He is a sought after expert witness and speaker who is able to make complex technical issues clear to the layman.

The shipping industry is increasingly at risk from cybersecurity attacks and a gap in insurance policies is leaving them vulnerable, industry experts have told CNBC.

Cybersecurity has come into focus across the economy, as hackers become more capable. Meanwhile, ships are more reliant on a range of electronic devices to operate.

“The added incentive for a hacker is that the shipping industry involves high value assets and the movement of valuable cargo on a daily basis.”

Jamming or disrupting GPS systems creates significant problems. For example, in April last year, South Korea said that around 280 vessels had to return to port after experiencing problems with their navigation systems, and claimed North Korea was behind the disruption.

Professor David Last, strategic advisor to the U.K.’s General Lighthouse Authorities which provides navigation aids for ships, recently ran a series of trials to examine the effect of GPS jamming on shipping. In one trial, a jammer was operated from a lighthouse and aimed at ships.

“The effect was profound. It strongly affected GPS receivers on ships out to sea to the horizon at about 30km,” he told CNBC during a phone call.

“Some GPS receivers simply died. They wouldn’t provide any information. But interestingly other ships’ GPS receivers lied. That is to say they gave false positions. So we had ships that were actually in the sea that appeared to be travelling over land.”