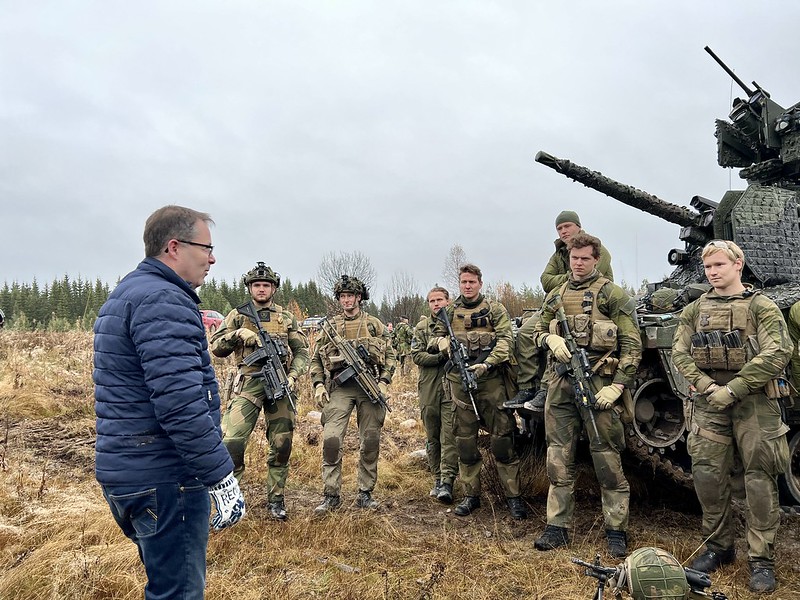 What’s New: Norway made its biggest ammunition buy ever ($260M) as part of a defense build up over worries about Russia.

Next Steps: There is some indication European officials are re-examining eLoran as a navigation and timing technology to counter the threat from Russia.

“Other potential threats from Russia have included more GPS jamming of aircraft in Norway’s northernmost region of Finnmark. The GPS jamming, believed to be coming from the Russian side, has long been a problem and often has affected incoming domestic airlines. NRK reported in December that even several air ambulances operating in eastern Finnmark had also been affected by GPS jamming believed to have been carried out by Russia to secure its own airspace against long-range precision weapons.

“We’ve lost GPS signals in eastern Finnmark,” Nikolai Hamre of Babcock, the aviation firm supplying air ambulance service in the area, told NRK, adding, however, that he couldn’t confirm the jamming came from the Russian side of the border.”

Blog editor’s note: In previous reporting the Norwegian Telecom agency did confirm jamming came from Russia. Norway has made diplomatic protests about this before and Moscow has denied being the source. “We can’t confirm it is coming from Russia” seems to be diplomatic speak for “We won’t confirm it comes from Russia.”

‘High priority’ for defense, as tensions and potential threats rise

As Russia’s war on Ukraine grows even more bloody, concerns also keep rising in Norway over its own defense. A recent rash of potential threats tied to Norway’s unpredictable neighbour in the north have sparked more government vows to make defense a high priority, and Norway’s biggest investment in ammunition ever.