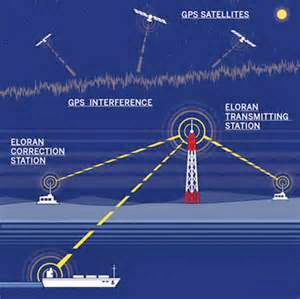 Blog Editor’s Note: It was 2015. Despite fervent pleas from the UK, the rest of Europe and Scandinavia terminated Loran transmissions (the UK has kept its lone eLoran transmitter on air as a timing signal).

The conventional wisdom is that keeping Loran going was too much of a threat to desired levels of funding for the very expensive Galileo project (a similar thing had happened in the US five years earlier with GPS).  So politicians scuttled it rather than arguing their countries needed both. “Redundant systems” is a beautiful phrase for engineers and technologists. It is an anathema for politicians and budgeteers.

With the passage of time has seems to have come reconsideration. Or at least the engineers who have always understood the fragility of GNSS signals and the need for redundancy in any safety-of-life application have been able to begin talking about it and begin to slowly act. We are sure that Russia’s aggressive jamming and spoofing, along with its invasion of Ukraine, helped by reminding all that the world is not a friendly place.

The below announcement seeking a small eLoran antenna is interesting. We wonder what it really means.

Is it merely a pro forma nod to a system that has repeatedly come up in ESA studies about what they should do now that Galileo is firmly entrenched?

Or is there real interest in establishing the technology as a complement to Galileo as a way to help protect economic and EU security interests?’

When folks ask us why PNT hasn’t gotten much more resilient over the last ten years we often reply “Little Suzy hasn’t died yet.” People, politicians, governments – all have a hard time making big changes until AFTER something bad happens.

Was Russia invading the Ukraine the “Little Suzy” moment for European PNT?

Enhanced-LORAN (eLoRAN) is the latest of the low-frequency LOng-Range Navigation (LORAN) systems, and provides a PNT service for use by all modes of transport (land, maritime and aeronautic). Amongst other characteristics, e-LORAN can enhance geo‐security through its jam‐ and spoof‐resistant signal characteristics of high transmit power and low carrier frequency. Furthermore, the signal can be used for precision timekeeping. It is a good candidate as an alternative and/or backup to the GNSS navigation systems. It is operating at the frequency band 90 – 110 kHz. At these low frequencies, classical antennas (generally magnetic loop and loaded monopole antennas) are of relatively large size, which is not adapted to professional handheld consumer electronic devices. For the professional handheld electronic device market, the antenna has to be miniaturized, by keeping it efficient enough to receive and process e-LORAN signals both outdoors and indoors.

In order to support the development and the diffusion of the very low frequency application in the PNT landscape, the development of a new miniaturized and robust e-LORAN antenna (with dedicated Low Noise Amplifier [LNA]) is considered very important and shall be developed in this activity.
The new antenna shall be mounted on handheld devices, for the localization of users in situations, in which the current GNSS is unavailable or degraded.
The antenna requirements will be derived from NAVISP Element 1 study “Combining ELF signals with GNSS for improved PNT” (NAVISP-EL1-046).

The objectives of the proposed activity is the development of the breadboard of a miniaturized and robust e-LORAN user antenna, with integrated LNA, suitable for the professional handheld devices market.
The tasks to be performed will include:
– Study on state-of-the-art e-Loran receivers, as well as requirement review
– Design and analysis of the antennas to fit on professional handheld user terminal
– Manufacturing of the antenna demonstrator and associated testing

The main output of the activity will consist of the documentation related to each task and the manufactured e-LORAN handheld antenna demonstrator (with dedicated LNA) developed up to breadboard verification in laboratory (target TRL4).