DOT Must Warn Public During GPS Disruptions – PNT Advisory Board 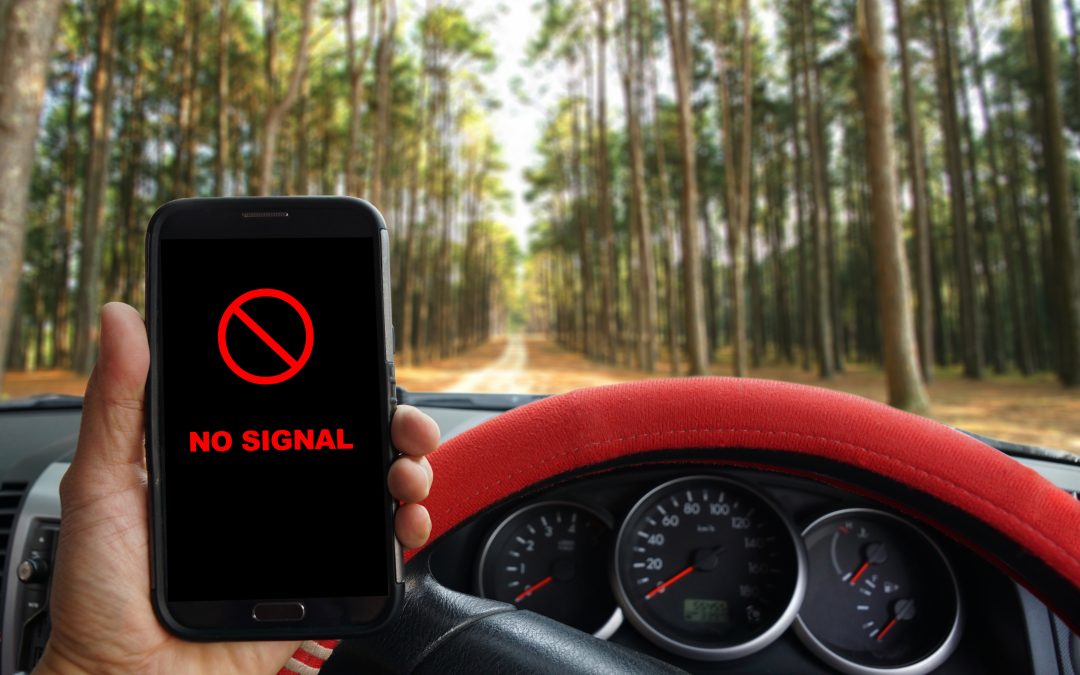 In addition to causing a loss of service, interference with GPS signals can have much more dangerous consequences. Tests have shown that interference can often first cause a receiver to give bad , possibly hazardous, information and cause the user to wander off course. In 2019, this nearly resulted in the loss of a passenger aircraft in Sun Valley, ID.

While the government warning the public of outages may seem to be common sense, the nation has seen two significant GPS disruption events this year in which no general warning or advisory was issued.

In January, Denver experienced a wide area, 33 hour GPS disruption. Aside from the FAA advising pilots, a group who generally have all the equipment they need to understand GPS is not available, the public remained largely unaware.

Last month, Dallas experienced a similar disruption lasting 44 hours. In that instance, aircraft and airport operations had to be modified. This generated a report by the Dallas Morning News was which was picked up by Bloomberg and a few other on-line outlets. Again, though, the government did not warn non-aviation users.

While deliberating on the issue, one PNT Advisory Board member pointed out that such advisories should be a routine part of any utility provider’s service to customers.

Another said, “Heaven forbid one or more lives should be lost during one of these events with victim’s families saying to the government ‘if you had told us what was going on, they needn’t have died.'” 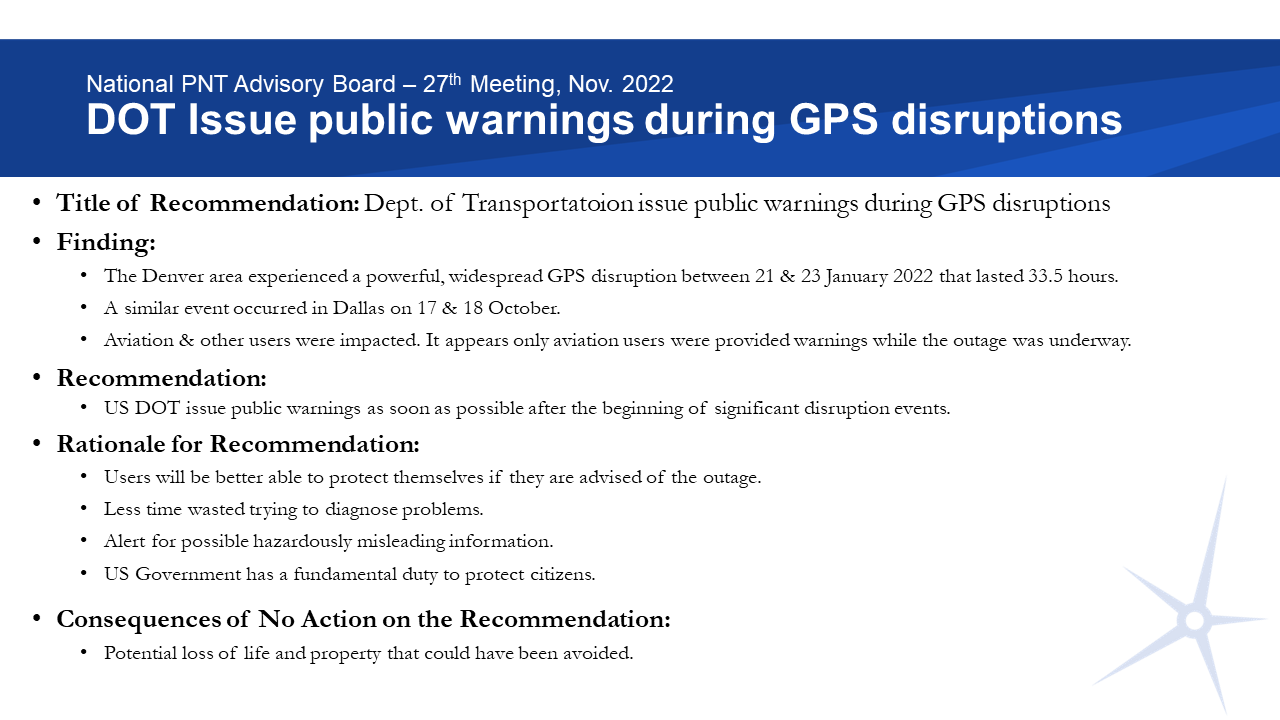 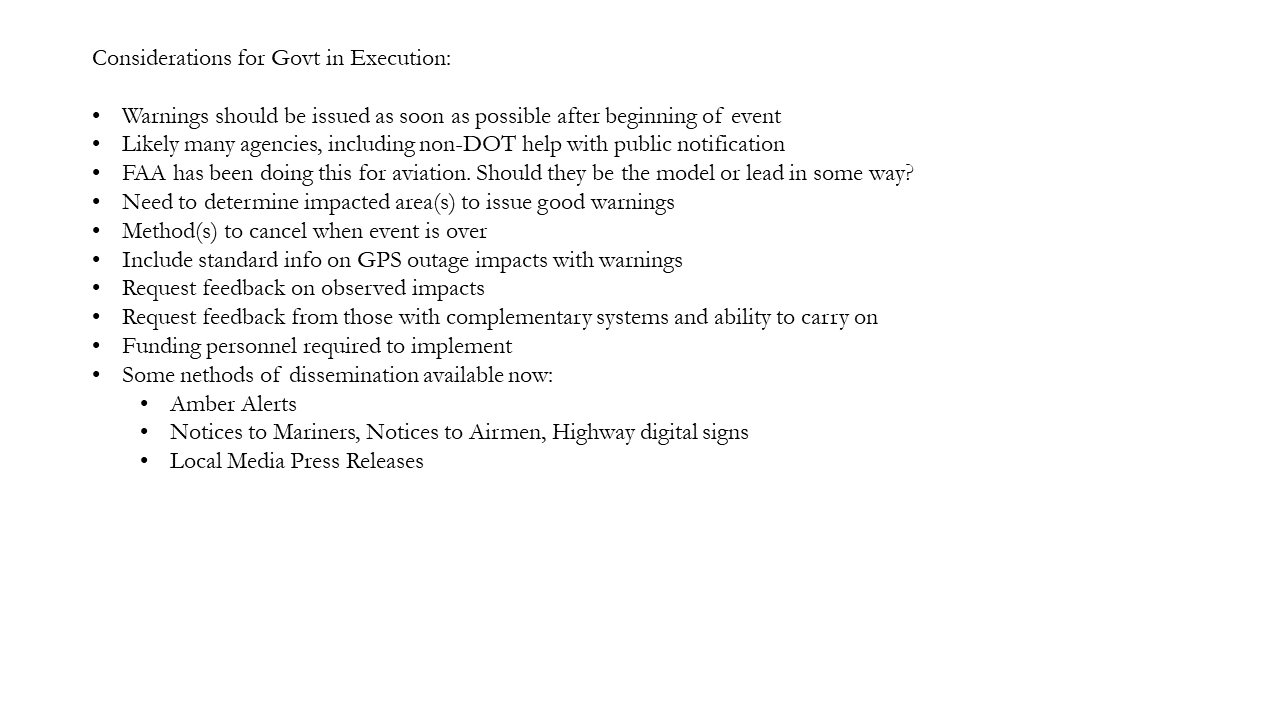 LINK TO VIDEO OF DAY 2 OF PNT ADVISORY BOARD MEETING