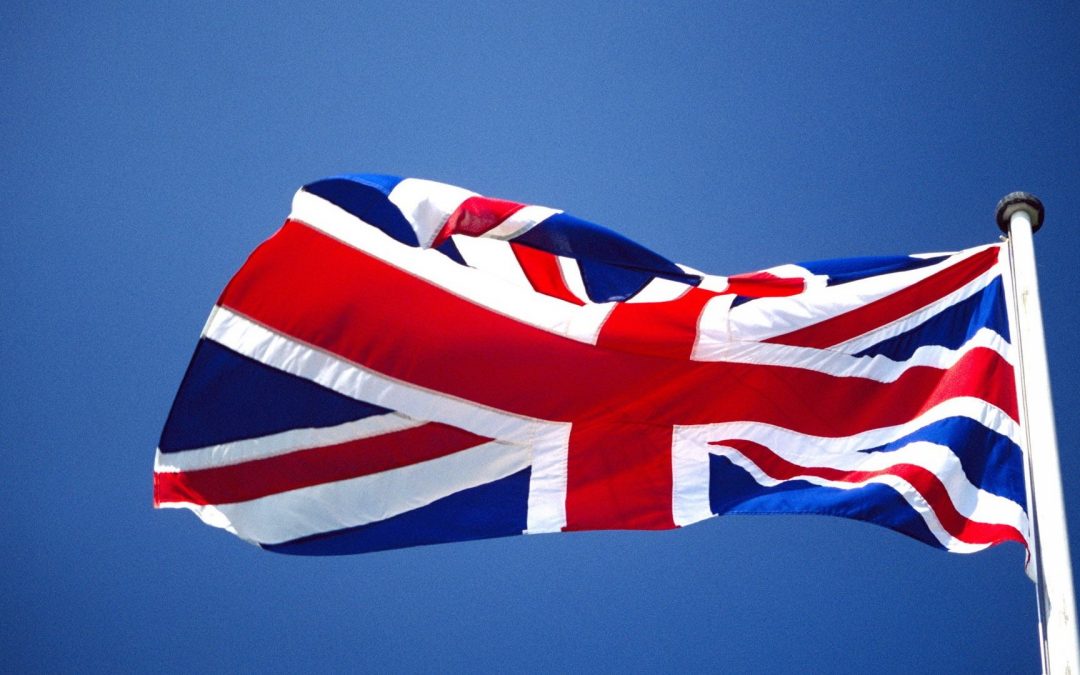 RNT Foundation President Dana A. Goward was in London last week for a PNT Leadership Seminar. Here is his report.

In March 2021 the United Kingdom’s government told parliament that a national positioning, navigation, and timing (PNT) strategy was to be published imminently.

Yet, in addition to the normal duties of running the world’s sixth largest economy, the last 20 months have been busy for the UK government: evolving issues with Brexit, more COVID, three prime ministers, Russia’s invasion of Ukraine, financial crises… Small wonder that publishing a strategy to address a “not-right-now” concern hasn’t come to the top of the pile.

Yet PNT resilience is an incredibly important issue requiring long-term solutions. As a “learned society,” the Royal Institute of Navigation (RIN) has a duty to bring together professional expertise and educate the public on such important topics.

On Nov. 1, the RIN convened a UK PNT Leadership Seminar with “the UK’s leaders in government, industry, academia and key user communities.” Its goals were to not only highlight the economic benefits of resilient PNT leadership for the UK, but also to “develop a view of approaches, priorities and next steps.”

Attendees expressed a wide variety of concerns. These ranged from difficulties growing and retaining talent in the field, to a lack of understanding among the public and government about the essentiality of PNT to virtually every aspect of modern life.

There was general agreement that establishing a coherent and resilient PNT program in Britain would have dual benefits.

First, it would help protect the nation’s economy and national security. Malicious and natural threats to space-based PNT mean that complementary systems are needed to mitigate outages. A government sponsored study in 2017 estimated losses exceeding £5B during a five-day outage. The study’s authors conceded at the event that longer outages would realize much larger per day losses as infrastructure and systems increasingly suffered.

Action to mitigate disruption of space-based PNT was especially important for the UK, according to the concept paper, because “the sectors where the UK has the most value at risk from a loss of GNSS-provided PNT are precisely the sectors that lack adequate resilient backup options.” 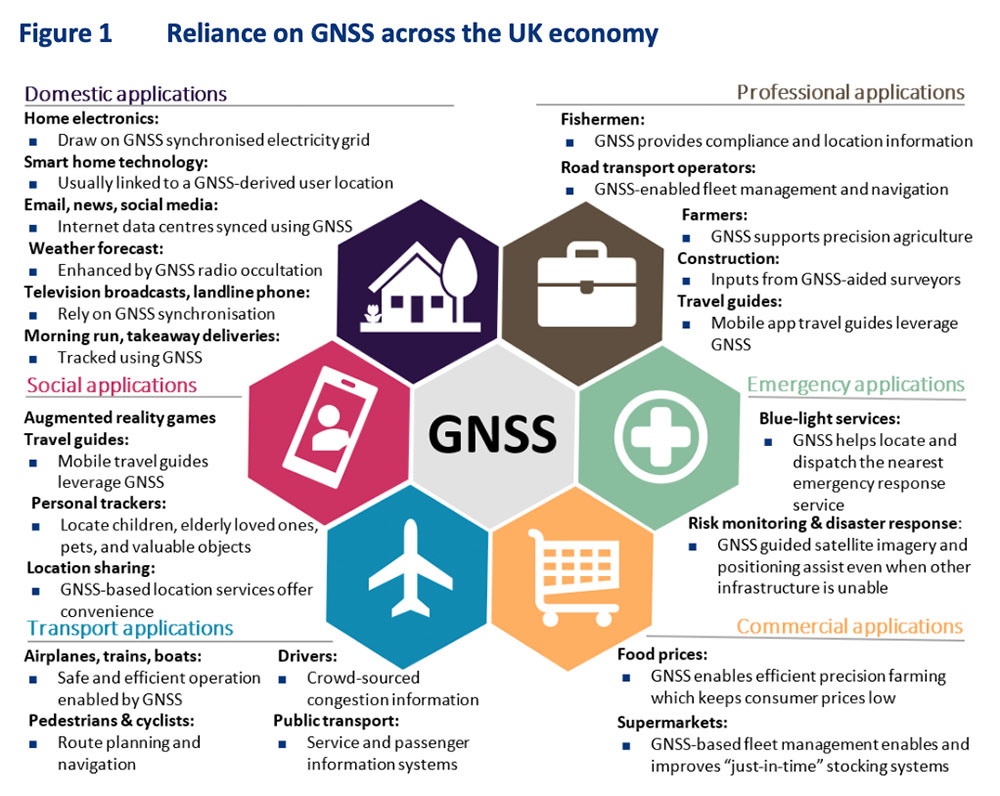 Secondly, British PNT resilience would also have great positive benefit to the economy, especially if the UK established itself as a leader in the field. A concept paper prepared for the seminar by London Economics found that the value chain for the UK would include research and development, provision of PNT infrastructure, PNT module manufacturing, system integration, and application development.

Among the UK stakeholders most likely to benefit, according to the paper, were companies and institutions that were part of the value chain, along with user communities, government and the public overall.

Attendees and the London Economics concept paper agreed that consistent and focused government leadership was essential. Government must create the conditions and confidence to stimulate the whole ecosystem to deliver resilience and the associated economic benefits. In fact, the paper envisioned the government as an “anchor customer” for resilient PNT providers and device manufacturers. This idea echoed that expressed by representatives of PNT providers in the United States earlier this year. The need for government to protect itself with resilient PNT (thus becoming an anchor customer) was a primary theme during a PNT roundtable held by the U.S. Department of Transportation in August.

Finding a way to communicate the importance of PNT and UK government leadership in a way that would generate action was another theme from seminar attendees. One panel member despaired the problem was “Little Susie hasn’t died yet.” It is hard to get government’s attention without a disaster of some sort. Another attendee suggested creating a video to increase public awareness thereby causing government to take notice and act.

Finding a high-profile champion was also discussed. An attendee told a story about a member of the royal family’s interest in quantum technologies, how that led to meetings with government, and establishment of the UK’s £1B quantum tech program. While several indicated this isn’t really a path RIN could use, a combination of personal connections or celebrity with the ability to “tell the story” can be very helpful.

On Nov. 4, the Science and Technology Committee published a report on “UK space strategy and UK satellite infrastructure.” Of its 90 pages, seven were dedicated to the nation’s PNT needs.

After reviewing testimony received by the committee the report made several important findings.

Regarding GPS and Galileo:

“The reliance on foreign systems is concerning due to the potential for the UK to be blocked from using them in the future. Reliance on space-based systems is also not advisable as these can be disrupted through jamming attacks or adverse space weather. The loss of PNT services would be detrimental to the UK, with power distribution, financial transactions, and transport systems all seriously affected, and the UK’s national security put at severe risk.”

Commenting on the UK government’s efforts with OneWeb:

“We are concerned that the Government seems to be progressing towards plans to use OneWeb’s low Earth orbit (LEO) satellite constellation to provide PNT services in the future, despite suggestions from experts that there are many technical issues…”

And the Science and Technology Committee is not alone in Parliament being concerned with the nation’s lack of progress on PNT. In its October 2022 report “Defence Space: through adversity to the stars” the House of Commons Defence Committee said:

“Given the vital need for a resilient PNT network both for defence and for other aspects of critical national infrastructure we are deeply concerned by the complacent attitude towards PNT within government, and by the seemingly low priority which the MOD [Ministry of Defense] attaches to this work. Government must publish the conclusions of the SBPP and should set out a clear timetable for producing and taking forward the UK’s PNT strategy in its response to this report.”

‘Move PNT in Government above the Department Level’

Expressing the utmost frustration, last week’s report from the Science and Technology Committee recommended reassigning responsibility for PNT to a higher level of government than where it is positioned now.

The Department for Business, Energy and Industrial Strategy (BEIS) is the ministry currently responsible for publishing and implementing the long-delayed PNT Strategy.

The committee said that this long delay is evidence the ministry is “…refusing to commit to the critical action that needs to be taken.”

For now, there is no evidence the UK government will adopt Parliament’s recommendation to move responsibility for PNT to the National Security Adviser.

However, BEIS has created a cross-government PNT effort to address the nation’s needs. Attendees at the RIN seminar reported that the team is staffed with representatives from several departments, including the MOD.

Seminar attendees said that PNT is getting to be MOD’s highest space-based priority. While not in a position to lead, Defence was strongly supporting cross-government efforts.