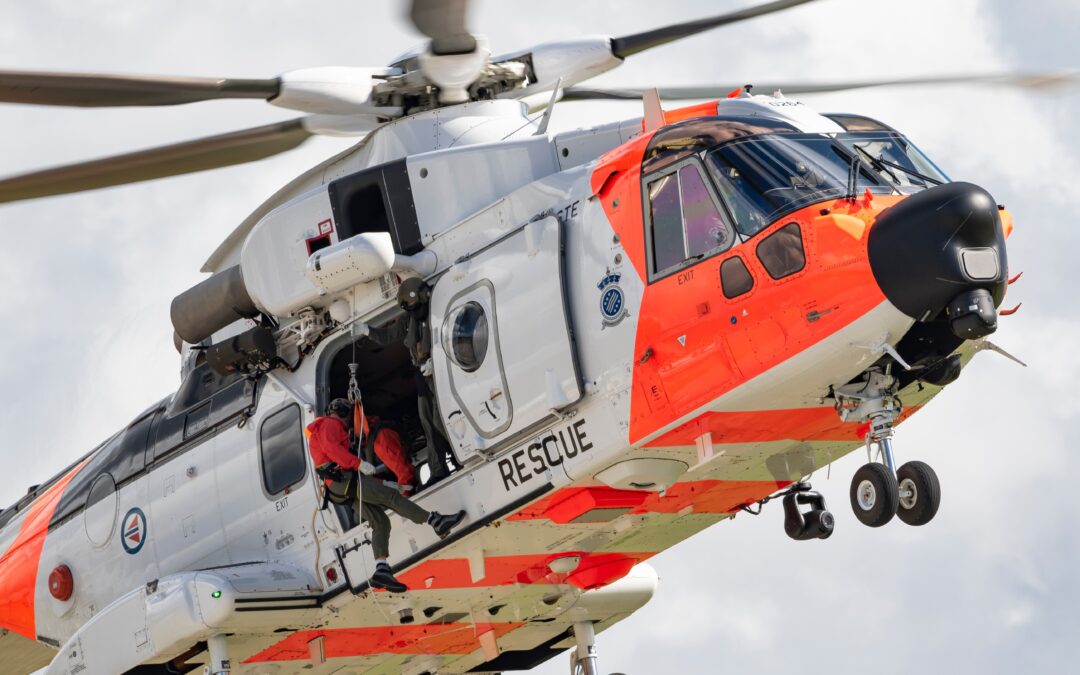 Image: Shutterstock – Aircraft were include in Norway’s tests.

Blog Editor’s Note: We were VERY pleased to see the Norwegian Telecommunications Authority posting some of its results from last week’s test already! Not all government agencies are so responsive and transparent. – Well done Nkom!

More to come, clearly, but some interesting first feedback. The focus on automobiles makes sense. Aside from cell phones, autos are clearly the largest mobile users of location and time.

And note the comment about prioritizing GPS over other GNSS seeming to be a problem. We are looking forward to learning more about that.

And the photo of the rescue helicopter on their web page is a nice touch. Always good to see.

Special thanks to Nkom’s Senior Engineer Nicolai Gerrard for his responsiveness and help!

Here is the Nkom post in its English version per the Chrome web browser. There is a link at the bottom to their webpage.

Industry from all over Europe met when the Norwegian Public Roads Administration, the National Communications Authority and the Norwegian Defense Research Institute tested how modern position and time technology withstands jamming and spoofing attacks last week.

The event “Jammest 2022” took place at the town of Bleik on Andøya from 19 to 23 September 2022 and brought together authorities, car manufacturers and international technology suppliers from all over Europe for GNSS jamming – and spoofing. It is the first time a civilian jamming test of this scale has been carried out in Norway.

– Cars, drones, helicopters and other equipment have been exposed to jamming and spoofing attacks, says senior engineer Nicolai Gerrard at the National Communications Authority, Nkom.

The aim of the test is increased security and more robust systems. By exploring, for example, how jamming in different compositions (of radiated power, frequency bands and signal modulations) affects these different technologies, one can explore connections in the underlying systems and discover which parameters give an indication of which attacks.

– In addition to creating intentional disturbances through jamming, we took over clocks and navigation systems using spoofing, and this has produced many interesting results. We see that some systems stand up to the attacks better than others, and have received some indications about what makes some systems robust, and what the systems that have been easier to take over lack in order to resist spoofing, says Gerrard.

By falsifying – or spoofing – GNSS signals, one managed, among other things, to make cars standing still on the flat land at Bleik think they were out driving in the mountains.

– When the cars then started driving, you could see that some of the systems in the cars quickly noticed that something was wrong, and tried to correct it, so that the map display in the cars lagged. But in the end the systems were fooled by the false signals, and continued to display the fake, spoofed route, says Gerrard.

Navigation systems become extra vulnerable because they rely more heavily on GPS than other GNSS systems.

– Navigation systems that should also be able to retrieve information from other satellite systems, on other frequency bands than those that were tried to spoof, often emphasize the GPS signals so much that they allow themselves to be fooled by spoofed GPS signals instead of using other data to correct the mistake, says Gerrard.

The more detailed results of the tests will come later, as the test participants from equipment manufacturers, telecom operators, authorities and others, begin to analyze the large amount of data collected during a hectic week.

About jamming, spoofing and testing

Society is becoming increasingly dependent on services that can determine the correct position, navigation and precise time. To a large extent, these are based on global satellite navigation systems (GNSS). The most well-known is the American GPS (Global Positioning System), which, in addition to determining exact position, is also used for time synchronization. Many important and critical societal functions depend on knowing the exact time and place, and examples of this are the transport sector, power supply, finance, telecommunications and search and rescue.

The increased reliance on GNSS, such as GPS and Galileo, within critical societal functions makes us vulnerable to interference from the satellite signals. The Norwegian Communications Authority is therefore working to reduce vulnerability by facilitating testing which in turn will ensure robust technology and increased security.

The jamming test was added to Andøya due to the particularly favorable location with high mountains that minimize signal propagation, as well as little air traffic to disturb.