What happened to GPS in Denver? – GPS World 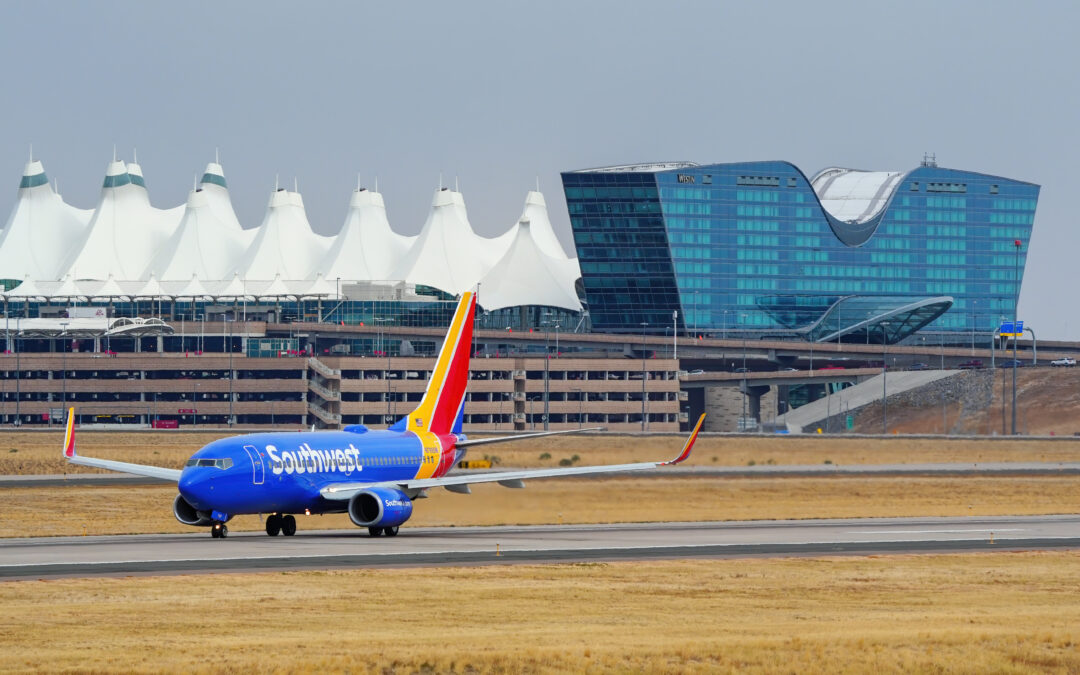 Blog Editor’s Note: We were glad to finally get a bit of clarity on this incident yesterday morning at CGSIC. A few additional thoughts:

The author of the below article is President of the RNT Foundation.

What happened to GPS in Denver?

Something big happened to GPS service in the Denver area on Jan. 21.

On that day, Air Traffic Control issued a notice advising pilots of problems with GPS reception spanning about 8,000 square miles in the Denver area.

The advisory, posted at 10:33 p.m. Denver time, said GPS was unreliable within a 50-nautical-mile radius of the Denver International Airport. Interference was likely to be experienced by aircraft on the ground and as high as 40,000 feet above sea level.

Pilots trying to land at Denver International and the much small Centennial Airport 20 miles to the south reported a variety of problems.

I flew in there (Centennial Airport) last night and I’m about to fly out. One second everything was fine, and then next second we completely lost GPS for the rest of the flight, probably coming through ~14,000 [feet] on the arrival from the northwest.

In addition to verbal reports to air traffic controllers, formal reports were filed with NASA’s Aviation Safety Reporting System (ASRS) by pilots flying into Denver International. (Note that ASRS only lists the month reports were submitted, not the day, to preserve anonymity.) Nineteen ASRS reports about GPS in Denver during January match well with comments on Reddit and an Airliners.net forum for the 21st and 22nd of the month.

The ASRS reports tended to focus on problems during approaches to the airport and landings. The most minor included distracting cockpit alerts and warnings.

More concerning were incidents that could more directly impact safety of flight.

One aircraft’s collision avoidance system, which normally reports issues as they develop, abruptly directed action to avoid another aircraft.

…we received a “LEVEL OFF” TCAS RA with no prior notification. The offending target was to our 2-3 o’clock and climbing…

Two aircraft reported confusing navigation displays on final approach to the airport. One pilot flying in limited visibility (instrument conditions) was sufficiently concerned that they aborted a landing attempt at the last minute.

We were about 1000 AGL [1,000 ft above ground level] – not sure about the exact altitude – and our RA [anti-collision warning] turned into an amber color… We were about 300 – 200 AGL and our autopilot failed… It was very unexpected… I called the go-around.

So, what happened to GPS?

At first, Air Traffic Control told pilots 5G telecommunications systems were causing the interference. That stopped at some point, though, according to an online comment:

As a [air traffic] controller… they haven’t told us anything. I was at work when it all started yesterday and they told us to make broadcasts about 5G interference. Today, they said it wasn’t 5G and not to make those broadcasts, but they still haven’t said what the issue is. There’s obviously rumors and speculation, but at this point, nothing concrete.

The first mention of the incident in traditional media seems to have been in an August 2022 journal article by a group of researchers at Stanford University. It focused on using the aviation ADS-B system to geo-locate GPS interference. The U.S. Department of Transportation provided the exact location and signal strength of Denver’s interfering transmitter to assist the Stanford study.

Requests in August and early September to the departments of Transportation, Homeland Security and Defense for more information on the incident went unanswered.

The picture became a bit clearer, though, on the second day of the Civil GPS Service Interface Committee (CGSIC) held (coincidentally) in Denver.

Mike Roskind from the Department of Homeland Security (DHS) provided some information and promised a formal report would be forthcoming. He said:

Responding to a question about the source of the interference, Roskind confirmed that 5G telecommunication was not the cause, but refused to say more.

He also declined to identify other systems, applications and infrastructure impacted by the disruption. He said that the department is very concerned about protecting the identity of affected users cooperating with the government analysis.

More information will be provided in a DHS report on the incident titled “GPS Interference Happens.” The report is in final review now, according to Roskind, and is expected to be released in October.