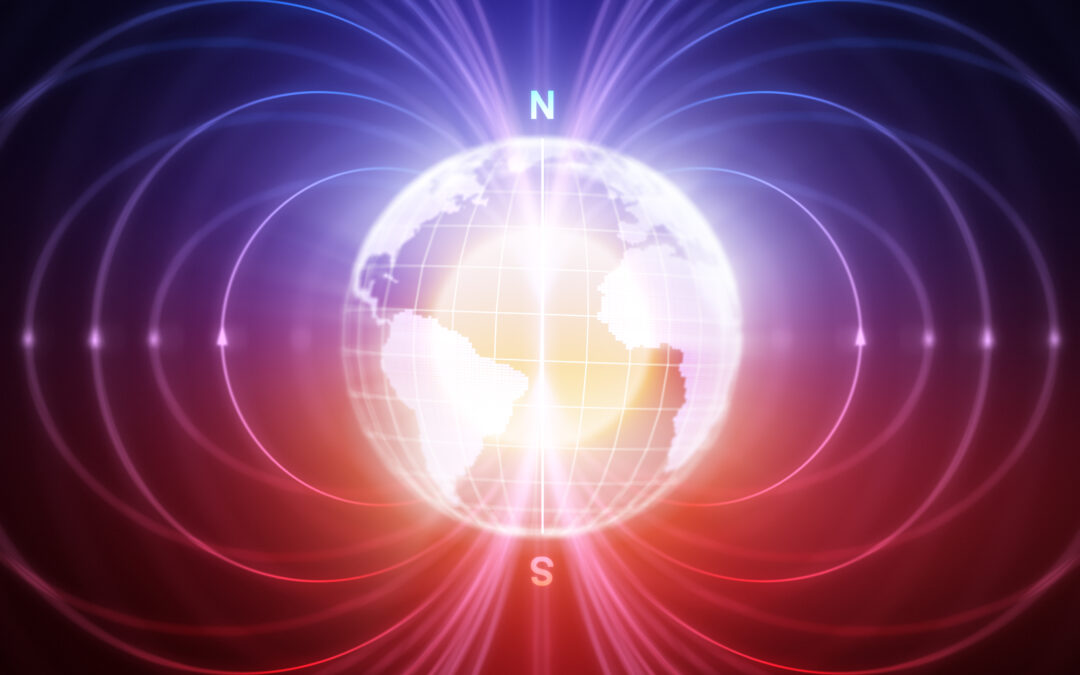 Blog Editor’s Note: The Author is President of the RNT Foundation.

Imagine being able to locate yourself within a couple of centimeters with just your cellphone – deep underground. Or inside a metal structure. Or underwater (assuming you can keep your equipment dry).

No satellite signals, no Wi-Fi ranging, no inertial system. Just the ambient magnetic flux that constantly surrounds us all. Everywhere.

That’s the vision AstraNav Vice President Martin Neill offered to the President’s National Space-based, Positioning, Navigation, and Timing Advisory Board in May.

Animals have used the Earth’s magnetic field to find their way for millions of years. People have been using magnetic compasses for over a thousand. Until the advent of GPS, magnetic compasses were foundational tools for aircraft and ship navigation, especially when out of sight of easily recognized landmarks.

Then GPS came along, and almost everyone’s eyes turned to space.

But in a world where GPS and other GNSS signals can be easily denied or, worse, spoofed, interest in other forms of navigation has rebounded. And because GPS helped demonstrate the efficiencies geospatial services provide, users also want those services to be more resilient and to work in places signals from space just can’t reach.

According to Neill, “Our solution builds upon inexpensive magnetometers, smartphones, machine learning, edge computing, and some incredibly complex math to convert raw magnetic data into a source of ultra-precise location data. These relatively recent tech developments allow us to bring things together for a major update to a centuries-old way of navigation and positioning.”

Describing AstraNav as a software tech company, Neill said that the company’s system is “hardware agnostic.” It can work on “just about anything that has a magnetometer. No additional hardware or external connectivity is required, and we can run on any existing operating system.”

The company has partners in retail, automotive and telecom validating the technology. They have also been working with a U.S. Department of Defense (DOD) combatant commander to demonstrate the product, as well as Virginia Tech and its National Security Institute (VTNSI.)  “This is not a case of ‘here’s an idea that we hope will materialize,” said Neill. Describing two real-world trials and use cases to the board, he said, “This technology is a reality, and we’re doing it.”

Most previous magnetic navigation efforts relied upon relatively low-resolution maps. An airplane could find its way safely across the ocean using the maps that were available and likely end up within a mile or two of an airport. Much higher resolution maps built through surveys and artificial intelligence are critical to AstraNav’s centimeter-level accuracy with systems that continue to learn on their own.

Intellectual property is AstraNav’s biggest asset. “We have multiple patents filed and pending,” said Neill. “Our IP is what allows us to sense and analyze magnetic fields so finely, develop maps, and make use of very low-cost magnetometers, such as the ones in cell phones.”

Several people at the advisory board presentation expressed surprise that they had not heard of the company and this capability before. “We have been busy getting established as a company, supporting our first commercial clients, and doing demonstrations for various folks within DOD,” Neill explained.  “This presentation is by way of our coming out party. We are very eager to become better known and are looking forward to explaining our capabilities one-on-one with potential users.”

Citing an abundance of proprietary material, Neill was unwilling to discuss a lot of technical detail at the public meeting. His short presentation, he said, was to raise awareness and stimulate interest.

The number of those in attendance who after the presentation said they were eager to learn more showed that he was successful.