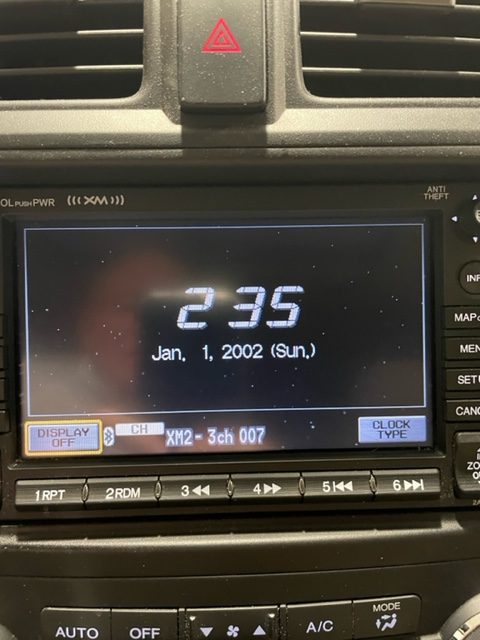 Blog Editor’s Note: Another surprise GPS week rollover issue, it seems! Just goes to show how careful we all need to be about the quality and maintenance of our devices.

Thanks to RNTF member and old friend David Glenn for highlighting this. Among his many accomplishment Dave was CIO at the U.S. Coast Guard. His years of work in the area have given him lots of reasons to know about cyber challenges like this one. And, of course, he owns an older Honda…

This might be why your Honda’s clock is forever stuck on the wrong time.

The Jalopnik inbox has been lit up with a number of reports about clocks and calendars in Honda cars getting stuck at a certain time in the year 2002. The spread is impressive, impacting Honda and Acura models as old as 2004 and as new as 2012. Here’s what might be happening.

If you scroll through a Honda or Acura forum right now, chances are you’re going to run into a bunch of confused owners. When they hopped into their cars on January 1 they found the clocks on their navigation systems frozen at a certain time. And the calendar date? 2002, or 20 years ago.

The issue is widespread, hitting a huge number of cars in Acura’s and Honda’s lineup with navigation systems. And it’s not just in the United States, as owners in Canada and even as far as the United Kingdom have all reported similar issues.