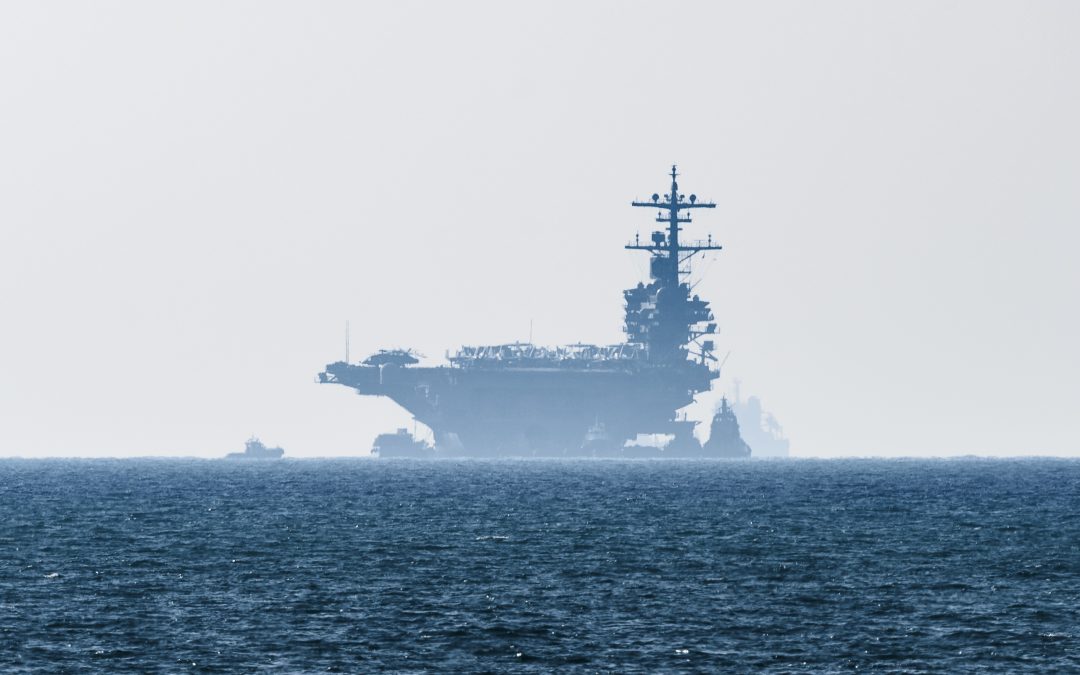 Blog Editor’s Note: More outstanding work by Bjorn Bergman from SkyTruth uncovering massive location deception operations. In this instance, it seems as though there are no RF transmissions involved. In addition to the Wired article below, check out his post and analysis on the SkyTruth website here.

RNTF members will recall Bjorn spoke at our annual meeting last year about his discovery of across-the-globe circle spoofing.

Dear Mr. Putin – This is why we can’t have nice things…

The latest weapons in the global information war are fake vessels behaving badly.

ON SEPTEMBER 17 last year, the largest ship in the UK’s Royal Navy, the aircraft carrier HMS Queen Elizabeth, steamed majestically towards the Irish Sea. The 283-meter-long fleet flagship was flanked by an escort of destroyers and smaller ships from the UK, Dutch, and Belgian navies. The six vessels moving in close formation would have made an awe-inspiring spectacle—if they had actually been there.

In fact, satellite imagery of their supposed locations shows nothing but deep blue sea, and news reports suggest the warships were actually scattered in distant ports at the time. The Queen Elizabeth and its flotilla were previously unreported victims of a disturbing trend: warships having their positions—and even entire voyages—faked using the automatic identification system, a wireless radio technology designed to prevent collisions at sea.

According to analysis conducted by conservation technology nonprofit SkyTruth and Global Fishing Watch, over 100 warships from at least 14 European countries, Russia, and the US appear to have had their locations faked, sometimes for days at a time, since August 2020. Some of these tracks show the warships approaching foreign naval bases or intruding into disputed waters, activities that could escalate tension in hot spots like the Black Sea and the Baltic. Only a few of these fake tracks have previously been reported, and all share characteristics that suggest a common perpetrator.