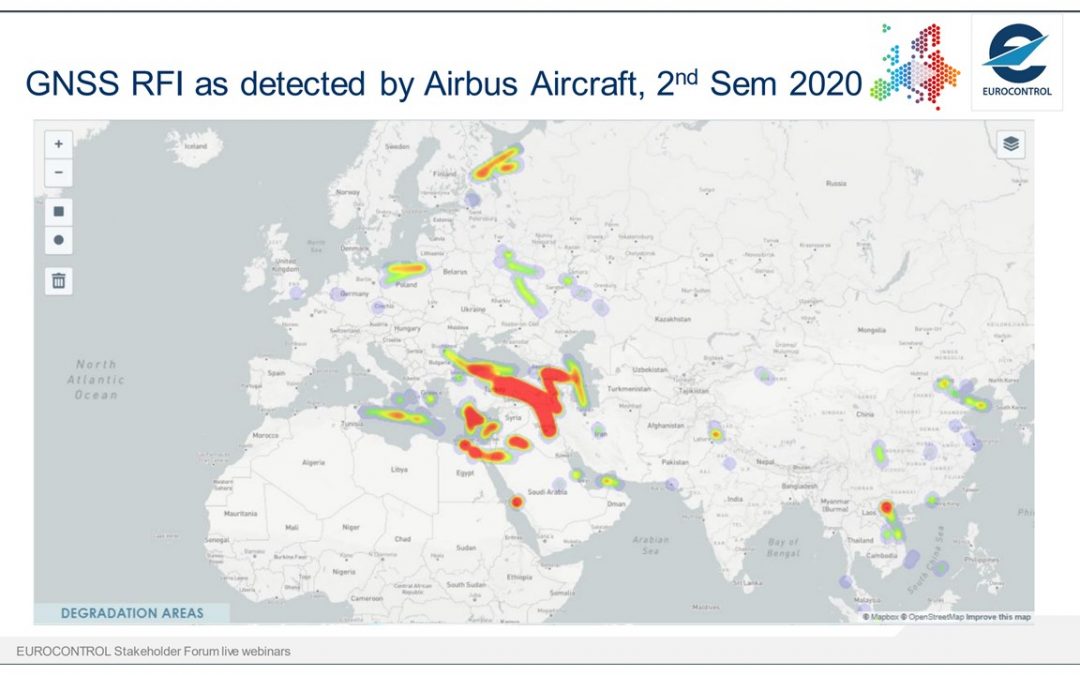 Deliberate interference with GNSS by the world’s militaries interferes with safe air traffic management, poses risks to aircraft, and imposes extra costs for fuel and transit time, according to a recent EUROCONTROL stakeholder forum.

Five presentations discussed various aspects of the problem, including that the region of heaviest regular interference was also smack across the highly traveled route between Europe and south Asia.

A variety of solution and mitigation efforts were suggested.  These included a more deliberate monitoring system to warn aircraft and investigation of an alternate wide area navigation system not subject to such easy interference.  Both of these echoed earlier recommendations of the International Air Transport Association.

Another suggestion was that belligerents limit their GPS/ GNSS jammer power to 10W vice the 100W that seems to be the current standard. The assertation is that doing so would be equally effective against adversaries while spilling over much less into commercial air traffic operations. 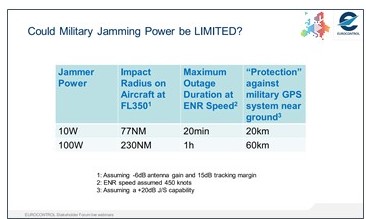 That’s an idea. Though given the barrel bombs and nerve gas we have seen used in the region, we are not sure it is an suggestion that will resonate with many on the ground.

You can view the entire workshop and access all the presentations here.