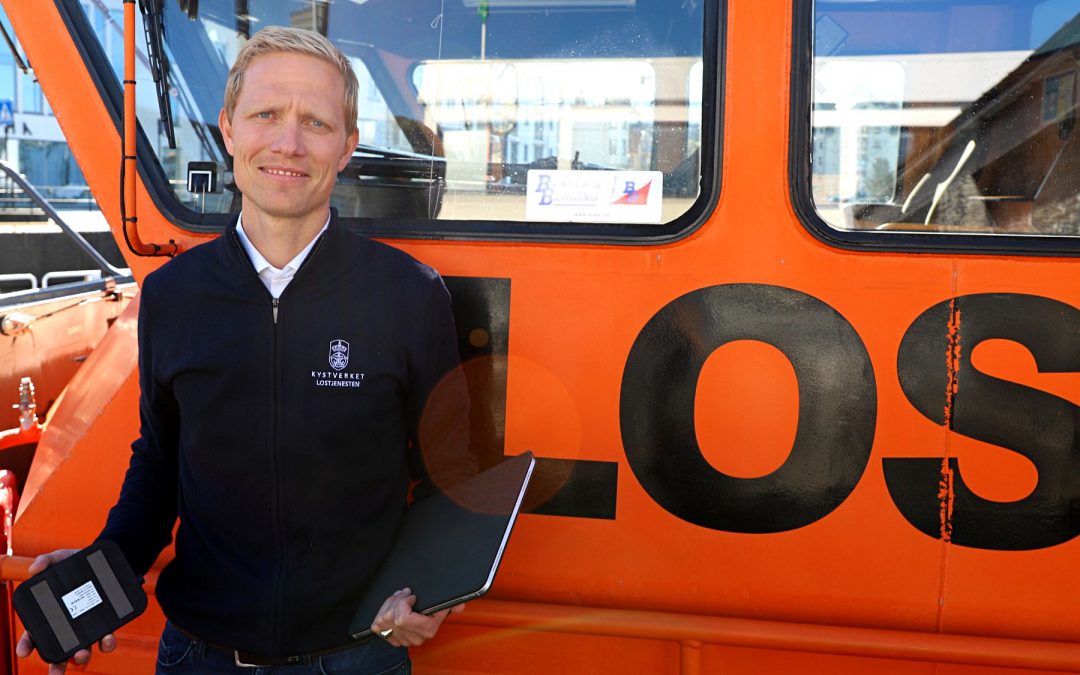 UPDATED INFORMATION: Here is some information we received from CAPT Odd Sveinug Hareide that clarifys the below article – and checkout the cool video:

The translation from Norwegian to English has not done the article any good. This is not about infrastructure and back-up, but about a prototype for a more robust portabile pilot unit system for use in the Norwegian Coastal Administration Pilot Service. Also note that the issues with (GNSS) position disruption is not a major problem for pilots, as their primary aid to navigation is visual sights and “pilot marks”. However, the NCA in general and the NCA Pilot Service in specific wants to raise the awareness of the vulnerabilities within the GNSS, as you are well aware of. This video tries to outline the issue and the innovation project: https://youtu.be/b6QwP8NEgPw

Less than a million dollars (US) doesn’t seem like much to develop a navigation system.

Also, there are existing systems already developed (or nearly there) that could be implemented. But they certainly cannot be had for such a small sum.

Perhaps the Norwegian government just wants to fund a study.

But why is a study needed? The problem of GNSS disruption in maritime has already been addressed by the European Space Agency (ESA), of which Norway is a member in good standing.

Last year ESA’s NAVISP program sponsored a very comprehensive, year-long study of requirements and solutions for resilient maritime navigation. The 1,100 pages of reports of the MarRINav project outline process, findings, results and recommendations in great detail. True, it was written with a focus on the UK, but the methodology and results can be applied anywhere.

We hope that this announcement isn’t just a way for government leaders to give the appearance of action so it doesn’t have to actually do anything.

Most of the pilots have experienced GPS failure. Now they want to develop a safer alternative

Over the next few months, the Norwegian Coastal Administration will announce NOK 8.5 million to those who can develop a secure backup for satellite navigation.

The senses, local knowledge and radar are the most important tools the pilots use for unloading ships safely in port, but they have increasingly become dependent on satellite navigation such as GPS. These signals can be lost, either by accident or as a result of deliberate hacking.

– It can lead to dangerous situations and unwanted incidents, says Odd Sveinung Hareide, advisor and project manager in the pilot service.

The pilotage service will therefore in November announce a contract of NOK 8.55 million for someone who can develop a backup solution for satellite navigation. The new sensor technology will be able to compensate for the unreliability of satellite navigation and warn when the signals are affected.

Basically, it should be a mobile solution that can be used by the pilotage service, but the goal is that the solution can also be used in shipping in general.

The goal is to sign the development contract in early 2021. The finished prototype is scheduled to be ready in 2023.

READ MORE Site has a header button for version in English