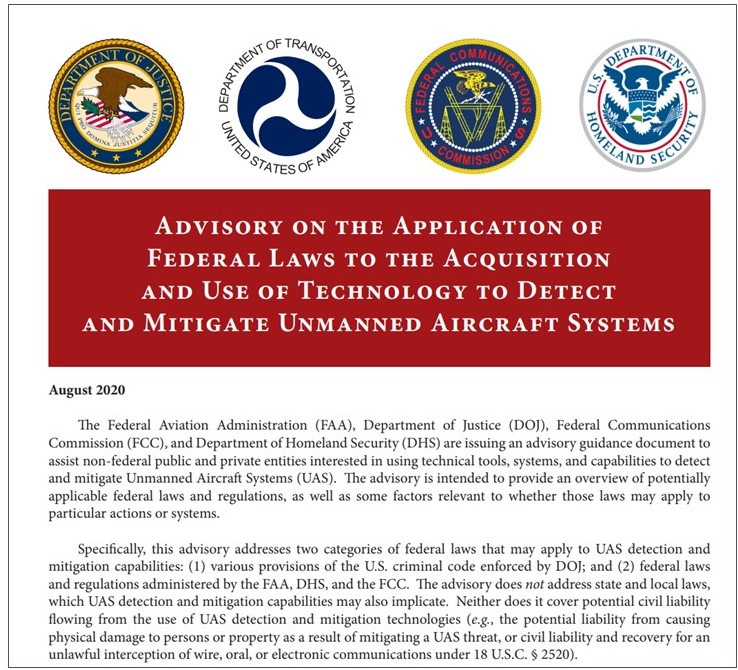 A document issued by the federal government yesterday outlined over 18 laws and regulations that can be used to punish activities to detect and/or counter unmanned aircraft systems (UAS), more commonly referred to as ‘drones.’

The Advisory on the Application of Federal Laws to the Acquisition and Use of Technology to Detect and Mitigate Unmanned Aircraft Systems was jointly issued by the Justice Department, Federal Communications Commission, Department of Homeland Security, and Transportation Department. It starts out noting that Congress has only given the authority to those four departments plus the Department of Energy to do such things. No other entities, including state, local, and tribal law enforcement, are allowed – and presumably could be sanctioned if they did so.

When talking about measures that involve jamming or spoofing GPS, the advisory cites 18 U.S.C. § 1367, Interference with the Operation of a Satellite that  “…generally prohibits “obstruct[ing] or hinder[ing] any satellite transmission.”