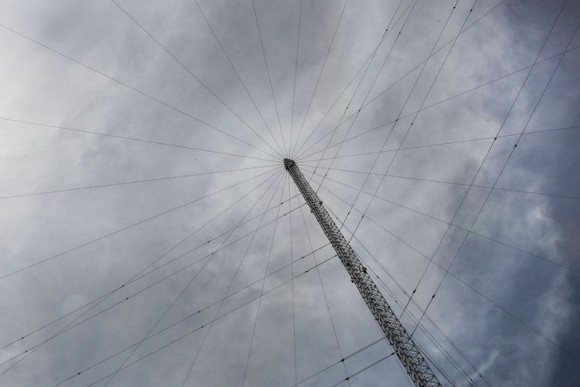 Blog Editor’s Notes: Another chapter in the on-going saga of GPS backups and eLoran.

We not-so-modestly note that this concept has been around a while, and was discussed at some length in a January 1, 2014 GPS World opinion piece: “The Low Cost of Protecting America.”

Similar proposals to the government have been made since then, though none have gotten traction. That may be changing as the National Timing Resilience and Security Act of 2018 mandates a terrestrial timing system to backup GPS signals, and specifically enables cooperative agreements and similar arrangements as a method of putting such a capability in place. Such arrangements typically provide for lower costs to the government and faster implementation and tend to be more attractive to government program managers and contracting officers.

LORAN – or, LOng RAnge Navigation – got its start during WWII and utilized low-frequency hyperbolic radio navigation to keep convoys on the move across the Atlantic and to aid pilots and ships in the Pacific Theater.

MIDDLEBURG, Va., – Global Navigation Satellite Systems (GNSS) like the Global Positioning System (GPS) and its comparable GNSS systems have revolutionized the way both the military and civilians get from “point a” to “point b.”

While the space-based navigation systems put into orbit by the United States, Russia, China, the EU, India, and Japan were once thought to be relatively safe from harm by opposing nations, militaries have since shown the ability to shoot down satellites in addition to jamming signals terrestrially. In fact, India joined the U.S., China, and Russia just last year in shooting down one of its own satellites.

“It’s as significant as India’s first nuclear blast,” Saurav Jha, the editor in chief of the Delhi Defense Review, told the New York Times in March 2019. “The militarization of space is underway, whether anybody likes it or not.”

Should GPS be taken offline or somehow interfered by a nefarious actor, the U.S. Department of Defense (DOD) would have to look to its past to ensure navigation, location, and timing functions stay online.

Thanks to a public-private partnership, a much-improved version of a technology that was birthed during World War II can complement GPS and act as a back-up if needed.