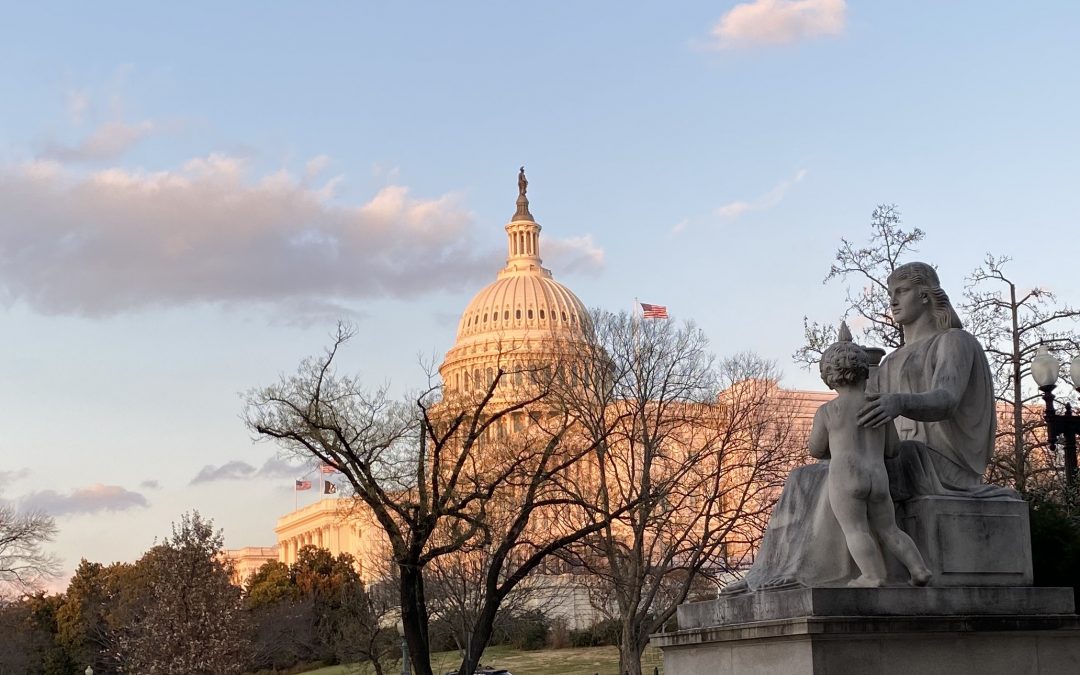 At first it was a flurry of letters and public statements from U.S. senators and members of the house. Then there was a senate hearing on the topic, and the issue was discussed in several other hearings.

The Federal Communications Commission’s (FCC) approval of a long-standing request by Ligado Networks continues to be controversial. The request was to make terrestrial broadcasts on a frequency near that used by GPS. Broadcasts which, according to analyses by the departments of Defense and Transportation, will interfere with GPS reception for many users.

Now it looks as though Congress is ready to move beyond talk and enact one or more pieces of legislation. These would require an independent technical review of the FCC’s decision and place limits on the ability of Ligado Networks to use the license it was granted.

Congressional interest has been fueled both by member concerns and a regular drumbeat of input from constituents. The recently formed Keep GPS Working Coalition is just one example. It was created from a larger group of more than 70 companies and organizations across a broad swath of industries that has gone on record against the decision and has been supporting congressional action.

A primary vehicle for congressional action looks to be the National Defense Authorization Act (NDAA) for 2021. Unlike other “annual” legislation that often gets sidetracked or delayed during election years, Congress has passed an NDAA for each of the past 59 years. As such, it is a particularly powerful tool.

This is doubly so in this case, as the member of Congress that has been the most outspoken critic of the FCC’s decision is Senator Jim Inhofe (R-OK). He chairs the Senate Armed Services Committee that has direct responsibility for the NDAA.

The Senate version of the NDAA has several provisions that directly address the FCC’s decision.

Responding to conflicting claims about the findings of government and private tests, the bill requires the Defense department to contract with the National Academies of Science, Engineering and Medicine for an independent technical review.

Among other things, the review will compare the different methods of evaluating the potential impact on GPS services from Ligado’s transmissions, and determine which of those was the most effective in guarding against any harm.

The bill also prohibits the Defense Secretary from spending any money to comply with the FCC’s order until the Congress has been given an estimate of the total cost to the department of coping with Ligado’s transmissions.

While the FCC order requires Ligado to modify or replace any government receivers impacted by its operations, the Defense department and others have said this is only a small fraction of the overall costs they would incur.

The bill requires the Defense Department estimate to consider a much larger scope of costs including:

The House version of the NDAA also provides that:

“The Secretary of Defense may not enter into a contract, or extend or renew a contract, with an entity that engages in commercial terrestrial operations using the 1525–1559 megahertz band or the 1626.5–1660.5 megahertz band unless the Secretary has certified to the congressional defense committees that such operations do not cause harmful interference to a Global Positioning System device of the Department of Defense.”

Senator Inhofe has also announced he will introduce stand-alone legislation when Congress returns from summer recess. His “Recognizing and Ensuring Taxpayer Access to Infrastructure Necessary for GPS and Satellite Communications Act,” or “RETAIN GPS and Satellite Communications Act,” would require Ligado to modify or replace any receiver, including those used by private citizens, that would be impacted by Ligado’s operations.

This modification would be required before the FCC’s order allowing them to transmit could come into force. Most observers opine that the number of impacted civil receivers in the U.S. is so great that this would effectively deny Ligado use of the frequency.

Introduction of the RETAIN GPS and Satellite Communications Act was planned for before the summer recess. Its delay until after was likely to provide more time to recruit co-sponsors.

One observer commented that “GPS and the FCC Ligado order are really niche issues. As time goes on, more and more members of Congress will hear about it from constituents and be appalled.”

The delay will also allow time for the mammoth NDAA bill to clear Congress. RETAIN GPS would then have more chance for the spotlight.

Many industry observers have opined that regardless of congressional action, Ligado will struggle to find a successful 5G or other business model that will generate a significant revenue stream from the spectrum.

As public concern continues to grow and Congress responds with legislation, it may turn out that Ligado finally won the battle at the FCC but ended up losing the war.