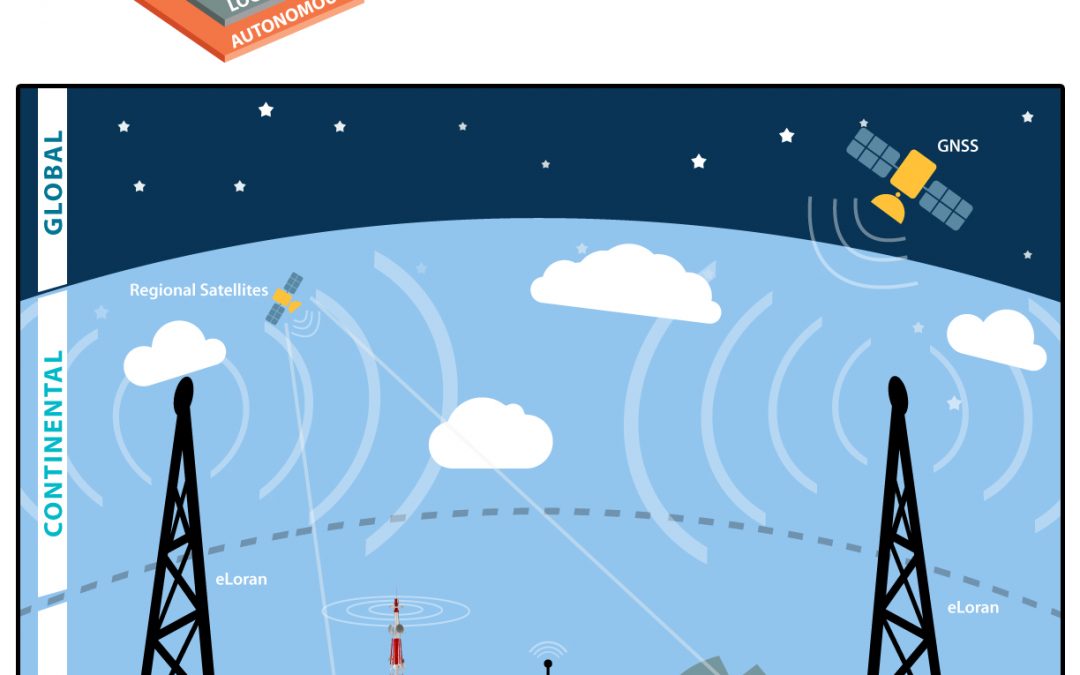 Blog Editor’s Note: The author of this article is RNTF President Dana A. Goward.

In 2018 the first-ever European Radionavigation Plan said “It is recognized that [..] GNSS should not be the sole source of PNT information. Alternative PNT systems, not necessarily using radio frequencies, should thus be put in place where the criticality of the application requires it.”Graphic from MarRINav report showing system of systems approach to PNT resilience and reliability. (Image: RNT Foundation)

In 2019 the European Space Agency (ESA) published a permanent open call for proposals for positioning, navigation, and timing studies and systems, including those that had nothing to do with space.

One of the first fruits of this is the ESA-funded Maritime Resilience and Integrity of Navigation project, or MarRINav, recently completed by researchers in the United Kingdom.

“Maritime navigation and port operations are critical for almost every nation,” said Jonathan Turner, one of the MarRINav project team. “As an island nation with a strong maritime heritage, we in the United Kingdom perhaps have an even greater appreciation of this.” Turner is co-founder of the blue economy solutions company NLA International, which led a team of eight organizations cooperating on the project.

While MarRINav focused its analysis on the United Kingdom, the intent was to provide information, and an analysis framework, that could also be used by other nations. 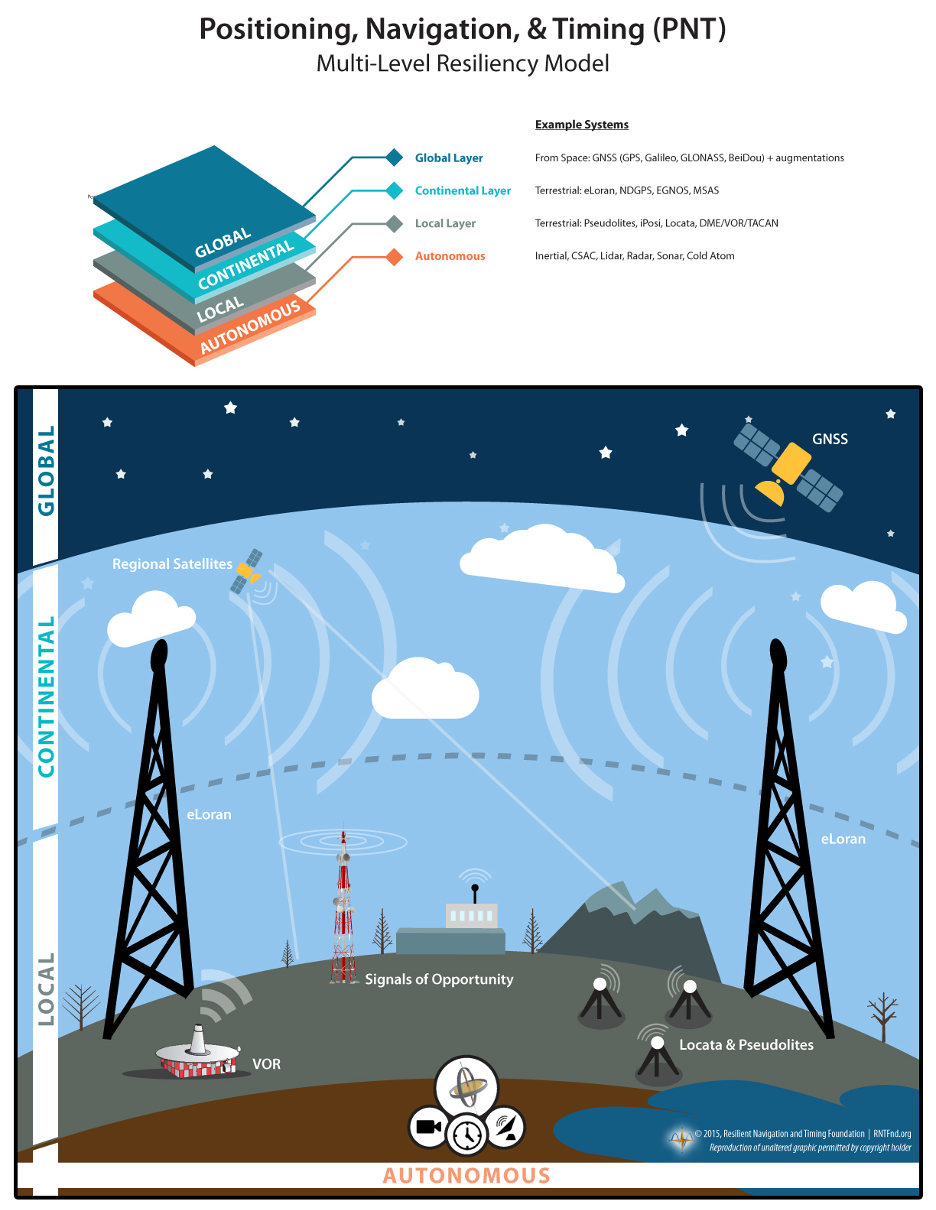 Maritime is one of sectors most dependent upon Global Navigation Satellite Systems, according to the project reports, and one of the ones with the greatest awareness of GNSS vulnerabilities and their consequences. MarRINav concludes that integrity and resilience are two of the most important parameters for maritime navigation.

Maritime is also one of the sectors most ready to integrate space and terrestrial navigation systems, according to the report’s authors. The International Maritime Organization has already introduced a performance standard for a multi-system receiver, or MSR, that will incorporate a wide variety of navigation signals.

Despite the distractions of Brexit over the last four years, the United Kingdom has been particularly focused on its vulnerability to GNSS outages.

A 2017 London Economics report concluded that a five day GNSS outage would cost the nation at least $1.3B per day. It cited eLoran and Satelles as likely parts of the solution. The Government Office for Science released a Blackett Review of critical dependencies on GNSS in 2018.

In February of this year the UK government announced it was establishing a virtual National Timing Centre to protect the nation from the risk of GNSS failure, and in March the final MarRINav report was published.

Among the project’s findings are that:

The Royal Institute of Navigation and the Resilient Navigation and Timing Foundation are partnering to present a Webinar about MarRINav on the 25th of June. Register here for “When GNSS Fails, What Will You Do? – MarRINav!”

All the MarRINav project reports are available here.: