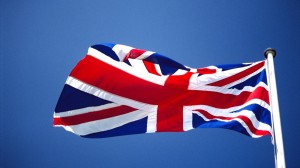 A just-posted study from London Economics says that a 5 day disruption to GPS/GNSS services would cost the nation at least £5.2B or about $1.32B US per day. To address the threat it says:

“The most applicable mitigation strategies for the largest number of applications are eLoran and Satelles Time and Location (STL)… The cost of resurrecting (e)Loran to a usable level of three masts would be in the order of £50m over 15 years. The cost of STL is unclear at this early stage in its development.”

Sponsored jointly by Innovate UK, the UK Space Agency and the Royal Institute of Navigation, the study makes an attempt to quantify the benefits of GPS/GNSS to daily life and the resulting loss of an extended disruption.

As with most studies of this type, it cautions that:

“…benefits have all been estimated conservatively … Also, that in many cases it has not been possible to monetise benefits – e.g. where GNSS underpins activity for which a global source of accurate timing is a necessity; including financial markets, where the internationalisation of the industry has relied on a universally referenceable time source. Accordingly, the total benefits of GNSS estimated in this report may be considered a lower bound, and the true value of GNSS benefits to the UK economy is much higher.”

We have seen several economic studies of the economic value of GPS . Each has essentially said ‘You asked for a number, so we are giving you one, but it is far too low to represent reality.’

UK Telecommunications Sector: Looking at some of the specifics in the report, we were surprised to see that the UK telecommunications sector was listed as weathering a 5 day GNSS disruption without serious impacts. When we asked about that we were told:

Mitigation: Like the US, the UK has been actively evaluating the use of eLoran as a wide area, difficult-to-disrupt wireless source for precise time. We don’t know to what degree the satellite-based Satelles services have been evaluated.