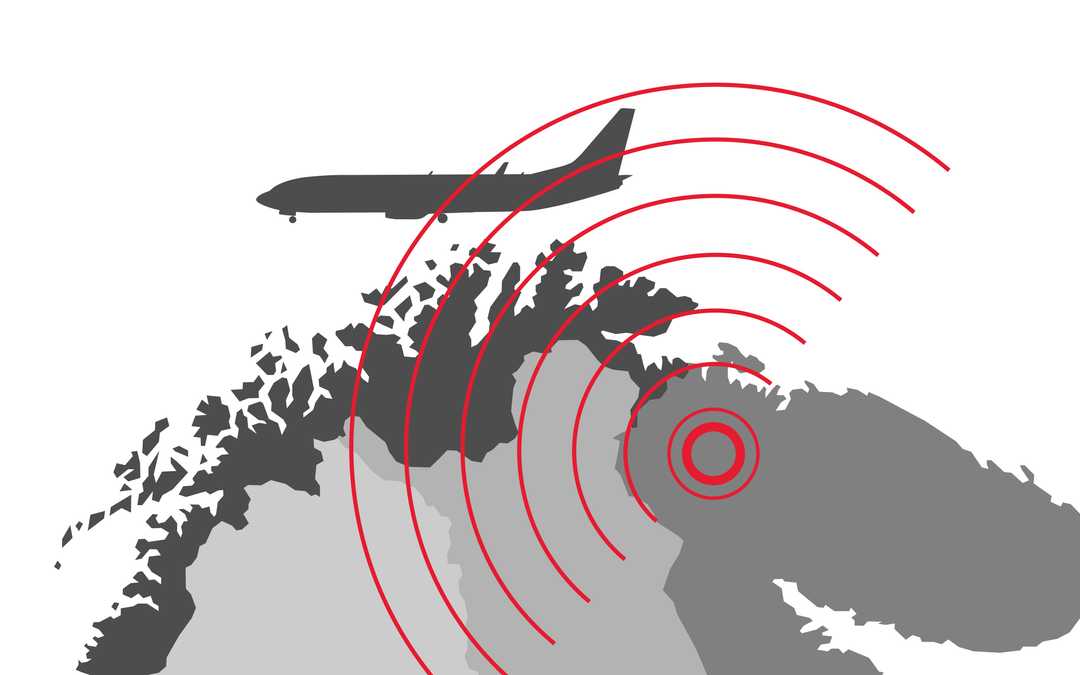 Blog Editor’s Note: Norway is particularly vulnerable to GPS jamming, not only because of its proximity to Russia, but because it relies of special GPS Special Category 1 approaches to many of its airports where terrain makes an ILS impossible.

It is also vulnerable because it elected in 2015 to terminate its Loran-C network, which was used by maritime and aviation alike, despite pleas from technologists to retain it as a backstop in the event of just this kind of interference.

From a 2006 paper “From a security standpoint, the best defense against an attack on GPS is to lower the target value by providing a sufficiently robust national backup that allows PNT to continue in a way that there is a significantly reduced safety risk and direct impact on our economy.”

NRK is a Norwegian government-owned radio and television public broadcasting company, and the largest media organisation in Norway. The following is in English courtesy of Google Translate.

Is powerless against GPS interference

Once again, jamming of GPS signals has created challenges for civil aviation in eastern Finnmark. The Norwegian authorities have repeatedly addressed the problems of the alleged culprits – Russia – without helping.

– This is not an ideal situation! We experience this as an increase in workload, because we have to use alternative procedures. In addition, a number of aids become unavailable, aids that will increase flight safety. As a pilot, I experience this as deeply problematic.

The words belong to aircraft captain Aleksander Wasland in Widerøe. On Monday last week, the GPS signals disappeared as they took off from Kirkenes airport with passengers on their way to Alta.

– I have experienced the outcome of the GPS signal many times, but in this case the signal disappeared over a longer period of time than I have experienced before. It was only when we approached Lakselv that we got back the GPS system. I’ve talked to colleagues, and this has been a recurring issue lately, Wasland says.

This is a situation we cannot live with over time.

GPS jamming has become more common than usual in eastern Finnmark in recent years. The culprits can be found on the Russian side of the border, where electronic warfare against Norway affects flight safety in the border areas. The Norwegian authorities have repeatedly raised the issue with their counterparts in Moscow, apparently without effect.

– This occurs so often, that we have alternative procedures ready almost all the time, says chief pilot at Babcock, Kent Antonsen.

The company often flies in the border areas. The pilots must use traditional navigation equipment at regular intervals due to the disappearance of GPS signals. This means using ground-based stations for navigation, which can result in poorer regularity in challenging weather conditions.

– If we are going to fly with conventional navigational aids, it is not always that we use the shortest route. Then we have to take a detour to be able to fly in with a conventional aid, says Antonsen.

The National Communications Authority (NKOM) currently has two stations in Sør-Varanger to measure GPS jamming. Over the past two weeks they have received several messages about the outcome of the GPS signals, without the equipment being able to see the source of the jamming. Last week, two technicians were sent to Kirkenes to try and locate where the disruptions came from. They did not succeed in this.

– You have to go up high above Kirkenes to see the signals. This means that the GPS interference comes from somewhere far away. The challenge is that at this height you cannot see where the signals are coming from, says NKOM department director Per Eirik Heimdal.

For those who fly regularly in eastern Finnmark this is not good enough.

– This is a situation you cannot live with over time. We think it is very regrettable that the problem comes again and again, says Aleksander Wasland in Widerøe.