Norway Especially in the Line of Fire for GPS Jamming 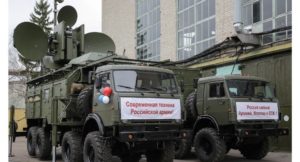 Blog Editor’s Note: Recent Russian jamming in northern Norway impacted air traffic. Russian jamming in the Baltic disrupted telecommunications and other services in several countries. The Russians have also repeatedly demonstrated the ability to spoof GPS and make receivers over large areas believe they are many miles away.

Norway shares a remote border with Russia and, in the minds of many, is especially vulnerable to GPS disruption. The Norwegian government seems to be struggling to develop a plan to ensure the nation’s essential positioning, navigation, and timing (PNT) services continue in the absence of signals from space.

Despite this on-going concern and effort, Norway has recently dismantled its national Loran system. An upgraded version of Loran, called eLoran, has been identified by several studies in the United States and United Kingdom as the preferred terrestrial system to complement PNT signals from space. Both nations have preserved their Loran infrastructure in anticipation of implementing this new technology.

We reached out to a couple of RNT Foundation members who are more knowledgeable about Norwegian issues for their views. 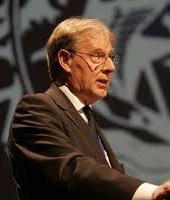 “In respect of aviation, Norway is a special place: a geographically large country with a small population, highly dependent on air services. The Norwegian AIP (Aeronautical Information Publication) lists 54 airfields, 51 of which have instrument capabilities, for a population of only 5.2 million,

To meet Norway’s exceptional needs, and in response to a Parliamentary decision, the Norwegian Civil Aviation Authority pioneered the development of instrument approaches using GPS SCAT‑1 (Special Category 1). The first passenger-carrying flight landed at Brønnøysund airport, in central Norway, in October 2007. SCAT‑1 was the only GPS technology available at the time with the potential to meet ICAO Category 1 standards. Norwegian industry developed the world’s first SCAT‑1 ground stations.

The SCAT‑1 approaches were established in the aftermath of two fatal accidents due to poor vertical guidance. At many Norwegian regional airports difficult terrain makes establishing ILS glidepaths either impossible or technically very challenging and costly. Although traffic at these airports is generally light, regularity requirements are demanding since the airports are the best means of rapid transport for small communities with advanced commercial and industrial activities. So the need for GNSS approaches is greater in Norway than in almost any other country and the alternatives are fewer. The Norwegian AIP currently lists 241GNSS procedures – far more than in many more populous nations.

In consequence the economic impact of any disruption to GPS is likely to be much greater in Norway than in other countries where reversion to traditional approach aids is straightforward and air travel less critical to the economy. 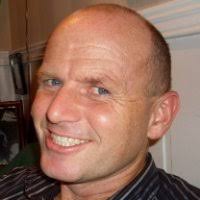 I have many concerns about the recent jamming event.

2.) The jamming distracted several airline-crews for an extended period of several days before it was identified as jamming.

3.) There was no NOTAM or other pre-warning issued by Russia, and Russia is a full member of ICAO and should be fully aware of Norway’s dependency of GPS NAVSTAR L1 C/A.

4.) The jamming reduced several aircrews’ situational awareness as the jamming influenced the aircraft Ground Proximity Warning System in enhanced mode. This is very important for ambulance-helicopters and others to avoid power-lines and other low-visibility obstacles.

5.) The jamming reduced the operational efficiency as it blocked Wideroe from using GPS Landing System SCAT-1 for several short-field airports in east of Alta.

6.) It took a very, very long time for the Norwegian government to get some people and simple equipment in place, as it was reported 7th of September. NKOM arrived more than 1-one week later with very limited equipment that only tested the area east of Kirkenes.

7.) The measurements taken could not be fully documented with respect to geographical location or extent as there was no ready “backup” apart from the helicopter pilots tablet that happened to be GLONASS-compatible. The measurements gave an indication, but also left many questions open.

8.) Any offshore SAR-operation would have been very difficult to carry out without GPS NAVSTAR L1 C/A available.

9.) There has been no “follow-up” on this “incident” as far as I can tell. It’s more or less “forgotten” about.

10.) Norway has NO PLAN-B. As far as I can tell, the solutions being examined are expensive, complicated, and not technically ready. Relatively simple, relatively inexpensive, and technically mature eLoran technology seems to be excluded, though it could be particularly useful in Norway.