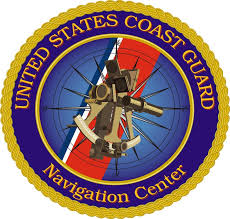 The US Coast Guard Navigation Center received thirty-nine reports of suspected GPS interference during the five-month period from the first of August 2019, to the end of January 2020.

While these were certainly the smallest fraction of problems GPS users around the world experienced, they still are an interesting insight into how and why the technology doesn’t always work for folks.

By far, the most common source of problems was something to do with the users’ equipment.

Not accommodating the week rollover was a problem in a number of cases. Interestingly, even though “The Event” for most was on the 6th of April 2019, problems were still coming up in January of this year.

The lack of needed software and other updates was the most common problem. In most cases, when asked manufacturers were quick to identify the problems and provide fixes.

But one manufacturer asked by a user about problems he was having, wrongly blamed the satellites:

“I have some good news and I have some bad news. The good news is it is not the equipment. The bad news is we are currently experiencing issues with the satellites that we use for our systems. This is not just affecting us but other GPS devices as well. Our engineers are diligently testing and working to find a resolution. As soon as one is found, I will gladly let you know. I am so sorry for all the issues you have had.”

After being confronted with the Coast Guard’s information that the satellites were just fine, the company finally relented and agreed to update the equipment.

Several other reports were evaluated by the Coast Guard as user equipment problems… But were they really? 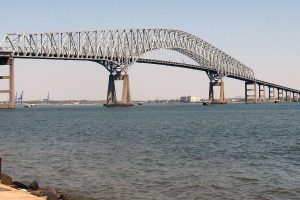 From Baltimore, MD –  “Use of any application, Waze, Maps, Google Maps could not connect to GPS from the Key bridge to East of the Key bridge.” Hmm… Could also have been a trucker with a jammer going the same direction on the highway. Or maybe a multi-path issue because of the bridge?  Looks like a lot of steel surrounding the roadway…

From offshore South of Mobile, AL – “For a period of about five minutes, three independent GPS systems lost position fix. Restarting the units did not correct the issue. Near the end of the event, each device acquired and lost position fix for a few seconds. Afterward all regained stable position fix. Outages like these have been occurring regularly, typically between 18:00-19:30 UTC.”

The Coast Guard rightly observed that this was happening around sunset when dilution of position would be expected to rise, but this should not cause receivers to lose fix. Disruptions at about the same time of day in other locations have been traced to the regular movements of people with jammers, scheduled use of equipment, and other sources of interference that are occur at certain times of the day.

A number of reports were classified as “unknown interference,” though most folks who follow such things could make a pretty good guess about the source or at least what was happening.

From an aircraft in Brazil, “We lose the signal over a prison.” Yep, pretty sure prison officials are blocking cell phones also.

Ships in Shanghai reported all kinds of strange things with their ship and cell phone GPS receivers.  Spoofed GPS signals up and down the Chinese coast have been a regular problem for a while. Especially when Iranian oil is being delivered.

Four reports were received about extended problems from ships approaching Libya. One example:

“Our vessel is underway from Greece to Tripoli Libya. When our vessel is at 50nm from Libyan Port. Disruption or interference of GPS Signal started and both GPS receiver is affected. We reboot our GPS but still the disruption still exist, despite of how many times we reboot our equipment. Until we arrived at Tripoli Port interference still exist with an interval of 20-30secs GPS Lost signal again. We stayed at anchor for 2days already and yet no improvement of the disruption and it continues everyday. It is not the 1st time it happened but every time we are inside of 50nm from Tripoli Libya.”

Multiple reports were received from ships operating in or near the Suez Canal, an area included in a long standing Maritime Administration advisory.

Then there were the ones that could have been just about anything.

Gibsonton, FL  “I was driving following my GPS when all of sudden it lost GPS signal on the highway. I checked my vehicles GPS also and it could not lock on to me. It finally returned after about 20 mins but something must have knocked it out.”

Paso Palma, Puerto Rico “My GPS position is changing. Beginning on 1-14-2020 almost every day, why is that? I measure from the same point at my home.”

Downtown Santa Anna, CA  “For the day, the compass apps on the iphones, and the Garmin were all at about 93 ft accuracy. Usually all are at +/- 20. Navigation app kept losing us, sending us in circles, etc. The geocaching app on the phones also sent us in circles, with only +/- 93 ft accuracy.”

Perhaps the most charming trouble report note was from someone who knew GPS has something to do with satellites but could still use another five minutes of GPS 101 instruction:

“I was hoping to find out what GPS satellite was assigned to my vehicle for GPS. Has it been decommissioned or not updated?”

His equipment had not been updated since 2015. When he went to the manufacturer, the response was “Yeah, you just need a new receiver.”

The US Coast Guard Navigation Center posts all the reports they receive along with a summary of their responses on their website at https://navcen.uscg.gov/?Do=GPSReportStatus