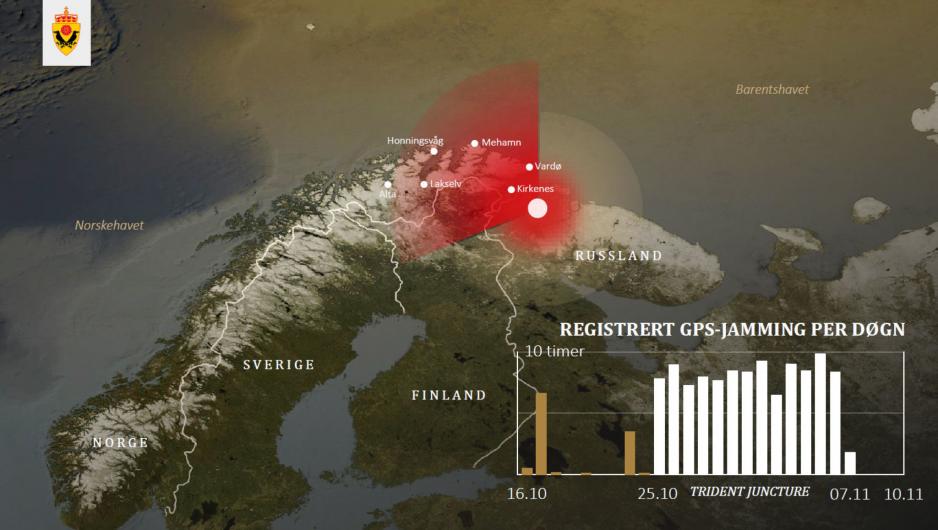 Blog Editor’s Note: This is an interesting article for a number of reasons.

One is that it is the first report we have seen of spoofing, in addition to jamming, in northern Norway.

Also that “ambulance airplanes” were unable to land because of the disruption. – Many northern Norway airports have GPS-only precise approaches because terrain prevents traditional ILS-based approaches.

And because the national government took so long to acknowledge the problem and has, so far, apparently been unable to do anything about it.

Thanks to member Guy Buesnel for calling this to our attention. 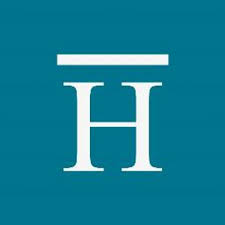 “In our experience, it is a long way from Oslo to Finnmark”, says Finnmark Police Chief Ellen Katrine Hætta. When she warned against GPS jamming against Norway in 2017, there was no response from the National Police Directorate. Only when the issue hit the media did Finnmark receive assistance.”

Early 2017, the Finnmark police noticed that GPS signals many places in their county infrequently disappeared. This caused problems for several civilian actors, amongst them aviation and others who depend on GPS signals to navigate the landscape.

“We sent of an alarm through police channels, but nothing happened. Only when the issue hit the media did a dialogue ensue”, Hætta said at the Kirkenes Conference last week during a talk about preparedness and security in the High North.

In an interview with High North News, Hætta elaborates on the situation that arose in the winter of 2017.

“When extraordinary situations occur, we will always provide situation reports to the National Police Directorate (NPD). However, it was probably not perceived to be as serious for civilian preparedness as it actually was. What made this difficult, was the fact that this jamming was unstable and unpredictable. Things did for instance not last long enough to initiate satisfactory measuring, amongst others”.

So when you discovered this, you reported it to the NPD?

“Yes, we will always notify the NPD when there are extraordinary incidents, as we did this time. However, it was probably not perceived to be as serious as it actually was.”

Did you perceive it as serious?

“We perceive it to be serious when you can no longer trust the GPS. There are many who conduct their activities in the outback and have GPS as the only tool to aid them”, Hætta says.

High North News has requested a comment from the NPD. In a written statement, submitted through the NPD’s communication department, Section Chief of the Preparedness Section Jørn Schjelderup writes:

“The matter of GPS disturbances in Finnmark has been raised on top political level and demonstrates that such incidents are taken seriously by Norwegian authorities. The NPD maintains a close dialogue with the police districts about their local challenges perception, and assessments related to individual cases will be an issue of dialogue with the relevant police chief.”

GPS jamming was first discovered in the winter of 2017 and occurred on and off throughout all of 2018. The last registered jamming in Finnmark was measured in January and February 2019.

The foreign intelligence services have pointed to Russia as the origin of the GPS disturbances. The Finnmark police, which started investigating the disturbances, concluded that they do not have any chance of moving on with the matter as Norwegian police does not have any opportunity to located where the jamming comes from.

A hitherto unknown detail in the disturbances of GPS signals in Finnmark this period is the fact that so-called ‘spoofing’ was registered too.

Spoofing is a way through which one manipulates GPS signals so that the user is tricked into believing that he or she is in another place than what is actually the case. This is an advanced technique that has been know to be used on ship traffic in the Black Sea. The consequences of spoofing can be far more serious than what is the case when GPS signals are unavailable, as erroneous navigation may cause accidents.

Hætta says there has been some low-level dialogue between Oslo and Moscow about the problem. The Finnmark police has also raised the issue of jamming in meetings with the Russian federal security service FSB in Murmansk and Petrozavodsk.