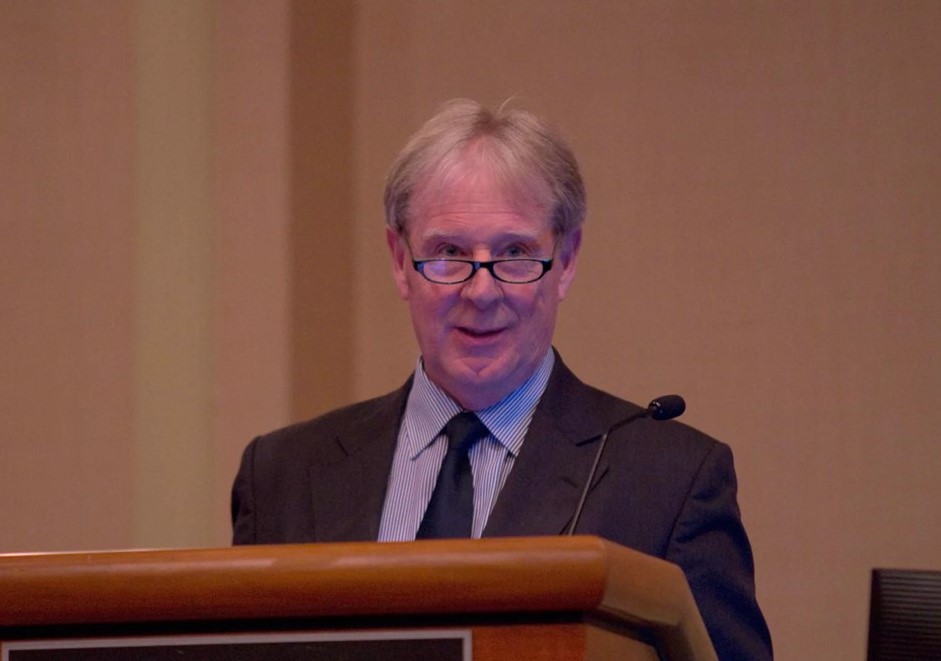 Blog Editor’s Note: A wonderful and warm article about a great man and valued friend. Kudos to Dee Ann for her marvelous research and writing.

And appropriate for Thanksgiving Day. All of us who were privileged to know David will have that at the top of our list of thanks today.

Please do click “Read More” as the entire piece is exceptional.

Professor David Last described his life in crime during the Institute of Navigation’s GNSS+ 2012 conference. He was late coming to that line of work, he noted, having only been tapped by the police after his retirement from teaching at the University of Wales.

The officers needed his GPS expertise to prove that four armed robbery suspects did in fact know each other and were indeed involved in thievery despite their protestations to the contrary. Last’s plenary speech about his ground-breaking second career in GPS forensics, the inept miscreants whose actions he analyzed and the challenges of explaining evidence to juries showcased the wit for which he was so well known.

“One has to explain to juries how GPS works,” Last told the audience, as recounted by the Show Daily. “This can challenge teaching skills to the limit. They don’t understand when you say: look, the navigation solution is simply a four-dimensional weighted least-squares minimization of an over-determined set of pseudoranges! No, you have to get their attention and break it down into very simple language.”

His technical prowess and gentle humor will be greatly missed. Last was piloting a light plane that disappeared from radar November 25 during a solo round trip from Caernarfon Airport in Wales to the Great Orme headland near Llandudno on Wales’ north coast. The master wordsmith and advocate for navigation is presumed lost at sea.

Last was “one of the most respected and well-loved figures in the world-wide PNT community,” one commenter said on the website of the Royal Institute of Navigation, which Last led as president from 2005 to 2008. “Immensely kind,” wrote another, “twinkle-eyed, funny, wise and quite a bit wonderful.”

“Everyone who met him quickly realized what a profound pleasure and privilege it was to make his acquaintance,” said Dana Goward, president and director of the Resilient Navigation and Timing Foundation. Goward and Last both believed that satellite navigation needed to be backed up and advocated resolutely for eLoran (enhanced Loran) as a key element in assuring positioning, navigation and timing capabilities could not easily be lost.

“He had authority and competence beyond measure,” Goward said.

Last held a Personal Chair at the University of Wales and led the university’s Radio-Navigation Group. As the head of that group he guided a research team working on terrestrial-based radionavigation systems and the safe and effective transition to Differential GNSS services. In 2010 he was awarded the Harold Spencer-Jones Gold Medal of the Royal Institute of Navigation and in 2015 the Necho Award of the International Association of Institutes of Navigation.