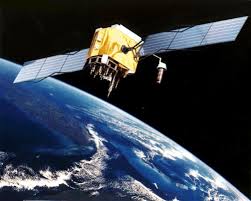 Blog Editor’s Note: Some interesting reporting on remarks made at the National Space Council last week. Much of what the report says seems to have been sourced from somewhere other than the DoT rep’s comments. We obtained a transcript of his remarks and provided them at the bottom of this page.

The Transportation Department is working closely with DoD, DHS and other agencies “to address policy and technical issues including the security and resilience of GPS receivers,” says General Counsel Steven Bradbury.

Speaking to the National Space Council at its sixth meeting, Bradbury explained that under Security Policy Directive 39 (issued in 2004), DoT is in charge of all civil GPS uses. It is also co-chair of the National Space-Based Positioning, Navigation and Timing Executive Committee (PNT ExCom) with the Defense Department.

“Through this PNT ExCom,” Bradbury explained last week, “we’re working closely with DHS  [Department of Homeland Security] and other federal departments and agencies to address policy and technical issues including the security and resilience of GPS receivers.”

“In light of the critical importance of GPS, DoT has asked for for submissions from technology vendors interested in providing GPS backup technologies, and we’re now organizing field demonstrations of those technologies,” he added.

DoD for years has been worried about the rapid spread and increasing capability, of jamming systems — particularly those of Russia and China. Indeed, Russia has used jamming technologies in conflicts in its neighborhood, and stands accused by several Nordic nations of using jamming to disrupt a NATO exercise in Norway in 2018. The Air Force is working on a number of initiatives to figure out how to better protect GPS and to make it more resilient in the event of an attack on the space-based system.

The Trump Administration’s fiscal year 2020 budget request for DoT included $105 million to “support designated civil elements of the Air Force GPS program” as well as “civil GPS augmentations and related activities.” GPS is used around the world for everything from enabling banking transactions to Google Maps for lost tourists, as well as by US and allied militaries for myriad missions from helping Army tanks navigate in the Iraqi desert to guiding cruise missiles to their targets.

DoT issued its request for proposals (RFP) to interested vendors in May, seeking tech-demo ready capabilities “that are capable of providing backup positioning, navigation, and/or timing services to critical infrastructure (CI) in the event of a temporary disruption to GPS.” The RFP added that the demo “also is expected to encompass technologies capable of providing complementary PNT functions to GPS by either expanding PNT capabilities, including cross checks, or extending them to GPS or Global Navigation Satellite System (GNSS)-denied or degraded user environments.”
READ MORE
Blog Editor’s End Note: Here is a transcript of what DoT General Counsel Steven Bradbury actually said (BTW – we agree with his Protect, Toughen and Augment approach):

Under National Security Presidential Directive 39, issued in December 2004, the United States is committed to developing, maintaining and a modernizing the global positioning system, or GPS, and other satellite-based navigation systems, including backup capability in the event of a disruption of GPS.

A recent study funded by the Department of Commerce found that GPS has enabled more than $1.4 trillion in economic benefits since 1983, and that a 30-day loss of GPS could cause $30 billion in economic harm and have serious safety of life implications.

NSPD 39 gives DOT lead responsibility over the full range of civil uses of GPS, and along with DOD, it makes DOT co-chair of the National Space Base Positioning, Navigation, and Timing Executive Committee. Through this, we’re working closely with DHS and the federal departments and agencies to address policy and technical issues, including the security of resilience of GPS receivers.

In light of the critical importance of GPS, DOT has asked for submissions from technology vendors, providing GPS backup technologies and were organizing field demonstrations of those technologies.

Another way to protect GPS service is real-time monitoring of satellite signals to ensure they meet the necessary performance standards and are providing funding to the air force to support that monitoring. Working closely with the Commerce Department, NTIA, and the FCC, DOT included GPS adjacent band study to measure levels of tolerance and interference from adjacent band radiofrequency systems to the study results show we need strong, consistent policies to ensure protection for satellite-based navigation.