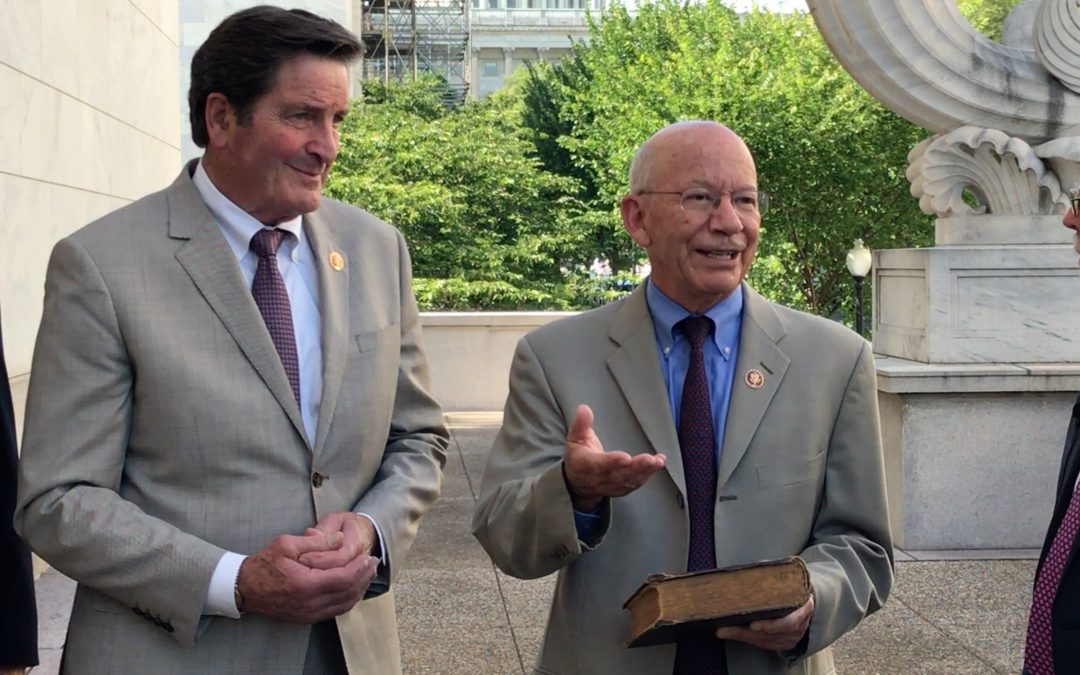 Blog Editor’s Note: This was the second of two presentations we did last week. As with the one for the Senators, a thanks for the hard work and skill of our member and volunteer videographer, Gary Thomas, and to Ms. D. B. Goward for her help coordinating and producing the event. 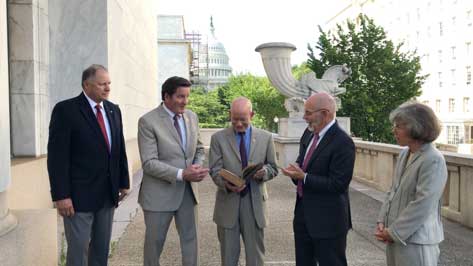 “It’s absolutely vital for national security that we get a terrestrial based, hard backup system [for GPS]” according to Congressman Peter DeFazio (D-OR), Chairman of the powerful House Transportation and Infrastructure Committee.

His remarks came at an event organized by the RNT Foundation to recognize DeFazio and Congressman John Garamendi (D-CA) for their support of the National Timing Resilience and Security Act of 2018. Representative Garamendi is chairman of the House Armed Services Readiness subcommittee.

Garamendi first introduced legislation in 2016 to address the nation’s need for a GPS backup system. After going through several iterations, it was signed into law in December. The Act requires the Department of Transportation to establish a terrestrial timing system by 2020. Also, that the new system be expandable to one that can be used for location and navigation.

At the event, DeFazio remarked that as a boater and hiker he is an avid user of GPS. He mentioned that it is an “ incredible utility, but I also know of its vulnerability. It’s critical to national security and the meaningful movement of everything in the United States of America from airplanes to surface transportation and others … It’s absolutely vital for national security that we get a terrestrial based, hard backup system.” He also noted that Congressman Garamendi has been the driving force for this issue in the House of Representatives.

Speaking about his current role on the Armed Services committee, Garamendi said “The reality is that the military is not prepared for the loss of the GPS signal, and they are just now becoming aware after seven years of beating them over the head saying ‘guys, what are you going to do when you don’t have GPS?’” Garamendi noted that the military would be a big users of the domestic backup system.

He also regretted that after “… years of people saying ‘single point of failure’ for the American economy and system is the loss of GPS” the nation is not farther along to having a backup system.

The RNT Foundation presented the congressmen with plaques showing images of a GPS satellite and a terrestrial transmission tower, and 0ne of America’s “first GPS devices” — a 102-year-old copy of The American Practical Navigator by Nathaniel Bowditch.