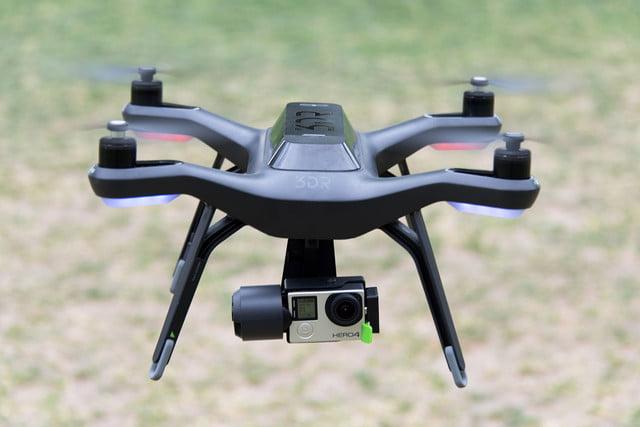 Blog Editor’s Note: We often deal with broad policy issues in this space. At the other end of the interest spectrum, here is a paper that focuses in on one vulnerability in one specific platform. That said, the analytic method may be applicable to other platforms. And the paper could serve as a more general cautionary lessons for other drones, and other transportation modes.

We also note that this paper was sponsored in part by the European Union. With its STRIKE3 project, sponsorship of this paper and similar efforts, the EU has been the most forward leaning investigating the problem of GNSS disruptions. We are hopeful that they will begin to take action and enact Protect, Toughen, and Augment measures soon and that other governments will follow suit.

Analysis of the GPS Spoofing Vulnerability in the Drone 3DR Solo

This work was supported in part by the European Union’s Horizon 2020 Research and Innovation Programme under Grant 700326, in part by the National Science and Technology Council of Mexico (CONACyT), and in part by the Instituto Politécnico Nacional.

At present, the boom in unmanned aerial vehicles (UAV) has been increasing in recent years,
placing them in an important way in the commercial market. The use of UAV in the daily tasks of industry,
commerce or as entertainment for children and adults becomes more recurrent. Each of the UAVs has a
specific task, depending on the technologies that are provided, in addition to their basic functions with which
they were manufactured. However, in most cases the security of these UAVs is not usually taken into account
since some of them are inexpensive and do not have a robust security system that protects the data they send
or receive for their operation, that can cause its communication system or the operating system that controls
its basic functions of flight, landing, among others, to be compromised. These computer attacks could cause
physical or moral harm to people around the same operator of the UAV because they could steal information
related to the locations they have visited, or intercept images or videos taken by the UAV. This paper shows
the exploitation of GPS vulnerability in the commercial drone of the company 3D Robotics, this vulnerability
can cause a malicious user to have control of their autonomy, and carry out illicit activities, such as overflying
in spaces not allowed as an airport and private areas. The exploitation of this vulnerability is important to
make known that the UAVs should have a more robust security system and also give importance to the
security of GPS since the only one that has security is the military GPS.

Note: Many IEEE papers are behind a paywall but this one can be accessed directly.