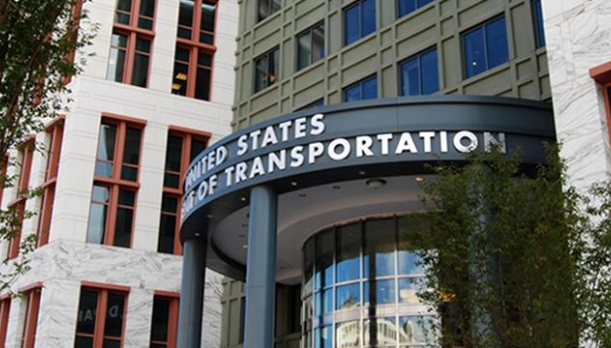 Blog Editor’s Note: Disclosure – The author of the below article is the President of the RNT Foundation.

In a response to an inquiry by House Transportation and Infrastructure Chairman Peter DeFazio, the U.S. Department of Transportation (DOT) provided an outline of its process to implement a terrestrial timing system to complement and backup GPS signals.

In early March DeFazio and three other members of Congress sent a letter to Transportation Secretary Chao asking about progress on a GPS Backup Technology Demonstration first mandated by law in December 2017. Citing a lack of apparent progress despite substantial funds having been appropriated, the letter expressed concern and asked for a status report within two weeks.

The department’s reply, dated the 8thof May, says that DOT has been working with the departments of Defense and Homeland Security “…for several years on GPS backup and complementary PNT efforts…” and that the effort is still on-going. It projects “… a demonstration of technologies towards the end of the calendar year.”

While not stated in the letter, government officials have said they expect to have a wide variety of technologies in the demonstration to include local positioning systems such as those offered by Locata and NextNav, wide area systems like eLoran, and space-based capabilities such as the Satelles service. Space systems may be included in the demo, even though other legislation setting out the requirements for a backup GPS timing system requires it to be terrestrial. This is because the legislation mandating the technology demonstration has no such requirement.

Selection of systems to be demonstrated will be greatly influenced by responses to the department’s Request for Information (RFI) issued on May 3, 2019. The RFI seeks technologies:

“… that are capable of providing backup positioning, navigation, and/or timing services to critical infrastructure (CI) in the event of a temporary disruption to GPS. This demonstration effort also is expected to encompass technologies capable of providing complementary PNT functions to GPS by either expanding PNT capabilities, including cross checks, or extending them to GPS or Global Navigation Satellite System (GNSS)-denied or degraded user environments.”

Technologies must be at technology readiness level six or better. This is defined by the department as having at least had a prototype demonstrated in a relevant environment. Responses to the RFI are due by June 3, 2019.

The DOT letter also says, “As a provider and user of U.S. critical infrastructure services, DOT is interested in leveraging PNT service technology initiatives.” Some observers interpret this as a preference for contracting with a company for an eventual timing service, rather than building and operating a government-owned system. This is a model DOT has used before, most notably with the aviation safety ADS-B flight data and tracking system. The FAA is one of several subscribers to the information provided by the ADS-B system which is owned and operated by Harris Corporation.

Two industry roundtable discussions were held prior to the RFI being issued, according to the department. The letter cites these as part of efforts to incorporate input from stakeholders.