US Navy Opens Lab for Navigation w/o GPS 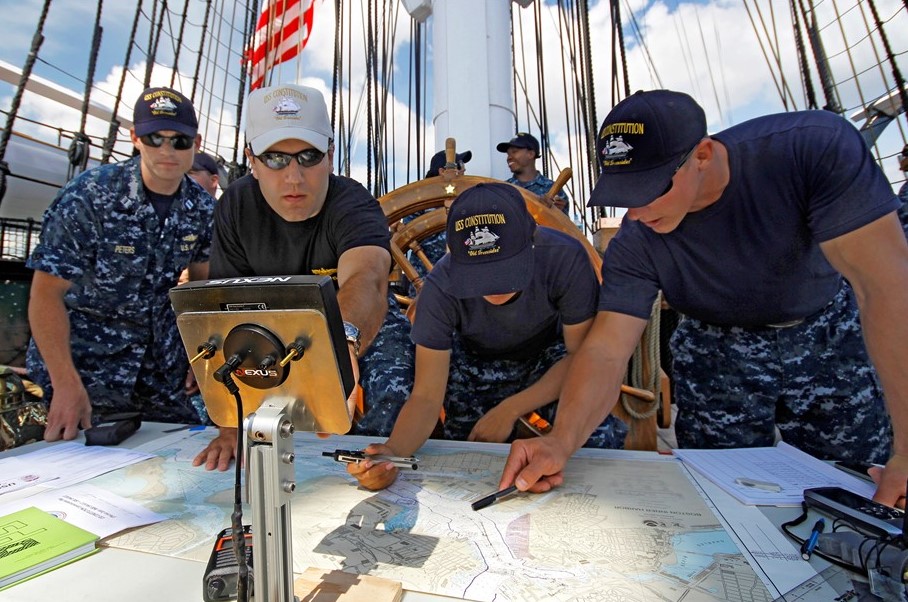 Blog Editor’s Note: On the heels of Russia’s announcement of a new navigation system for its navy that does not rely on space-based signals, comes this US Navy announcement that they are opening a laboratory to develop such systems. We suppose that’s a start…

The lab is the Navy’s new home for research, development, test, evaluation, integration and certification for both surface and submarine PNT systems.

The M-PNT laboratory will primarily support new technologies being developed and introduced into the fleet for operating in a Global Positioning System (GPS) or sensor denied environment. These technologies include enhancements to the inertial navigation systems, and alternative positioning system technologies to GPS, which are primarily in support of the Program Executive Office – Integrated Warfare Systems – 6 (PEO IWS 6).

“Today we at NIWC Atlantic are the forefront of our Navy’s information warfare efforts, and this laboratory enables us to expand our Sailors’ advantage at sea,” said Capt. Wesley Sanders, NIWC Atlantic commanding officer.  “It was a team effort by many that has brought us to this moment, allowing us to leverage our technical expertise and capabilities.”

The laboratory will also facilitate research, development, test, and evaluation (RDT&E) efforts for other Navy and Department of Defense customers, including the National Geospatial-Intelligence Agency in support of maritime geospatial intelligence technical standards, and exploitation by the fleet.

“The work done in this laboratory helps ensure the safety of navigation and the safety of our warfighters at sea,” said Sanders.  “Accurate PNT is vital to our information warfare mission at NIWC Atlantic, and it is critical to the fleet’s ability to get to and fight the battle.”

Construction on the approximately $3 million laboratory began last May and is still in progress. Although the lab structure is complete, some minor work remains before the lab attains a fully functional status. A separate, but related project includes the construction of a fenced-in secure storage area for the mobile test lab outside the current laboratory.