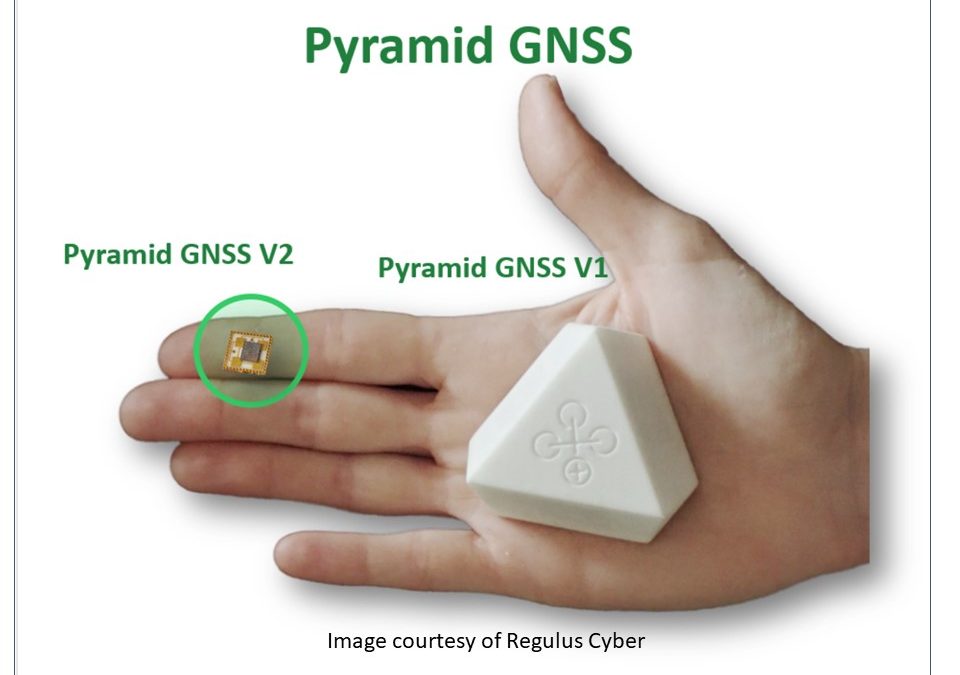 Blog Editor’s Note: Regulus is a corporate member of the RNT Foundation. We do not endorse any products or services. We do sometimes post items from other media sources about new products and services that can help Protect, Toughen, and Augment.

An Israeli firm is introducing a technology to detect the spoofing of GPS and other satellite navigation signals that is packaged into a device so small it can be integrated into existing receivers for drones, ships and autonomous vehicles — and, soon, maybe even cell phones.

The palm-sized device can be incorporated with existing receivers — including those for mobile and Internet of Things (IoT) devices — receiving signals from GPS or the other global navigation satellite systems (GNSS) like Europe’s Galileo or China’s BeiDou. A wide range of products including driver-assisted cars, commercial vehicles, robotic equipment, precision farm machinery, boats, cell phones and unmanned aircraft rely on GNSS for location and navigation. And the threat of these systems being intentionally misdirected is growing.

“Any vehicle guided by a GNSS system can be spoofed using open source software and a software defined radio (SDR) legally purchased from Amazon for under $300,” the firm said in a statement. “A spoofer can generate and transmit fake GNSS signals that can be used by the vehicle’s navigation system to calculate a false destination, directing the vehicle to an entirely different location, a potentially life-threatening hazard.”

“GNSS spoofing and jamming is something that has been long discussed,” said Roi Mit, Regulus’ chief marketing officer. Only recently have governments and large corporations started to deal with the issue, he said, largely because of the push toward using autonomous systems.

“(GNSS) is actually the backbone of almost every autonomous navigation system,” said Mit, and GNSS spoofing is a threat that many people and industries do not fully understand. “We all (take GNSS as a given) when we turn on that location service on our phones. We always trust it. We always find it reliable. We always have it accessible and we don’t realize how vulnerable it is.”

The use of multiple antennas is not new, said Todd Humphreys, an associate professor at the University of Texas at Austin, the director of the school’s Radionavigation Laboratory and an expert on GNSS spoofing. For example, he said, Controlled Radiation Pattern Antennas (CRPA) have been used by the military for many years and are one of the primary ways to thwart jamming. “That technology is very effective when applied to spoofing because we can check whether the signals are arriving from multiple satellites, as they should be, or whether the signals are arriving from a single transmitter which would be indicative of spoofing.”