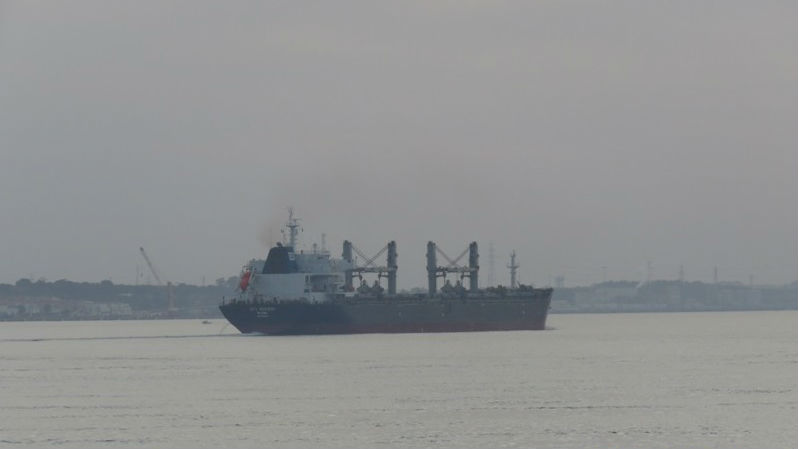 Blog Editor’s Note: This two-part report by Katherine Dunn has reached many in business who have not been aware of such problems heretofore (see some of the comments on her article on line). It is a good reminder that, while such things may seem matter of course to many of us in the field, most people are stunned when they understand that such things are routinely happening.

While the reporter is quite right that shipping doesn’t have a safety net for navigation, one is available in the middle east. Russia and Saudi Arabia still maintain Loran-C systems which can be accessed by any vessel with a receiver. The reason these vessels don’t have a safety net is that they no longer have the needed receivers installed.

In the first part of this double feature, Katherine Dunn investigates an emerging security risk for the shipping industry, as maritime authorities report a rising number of GPS failures

Early one Sunday in mid-March, a ship in Port Said, the northern gateway to Egypt’s Suez Canal, suddenly and inexplicably lost all connection to GPS on board.

“All of them affected,” the vessel’s crew wrote in a March 18 report to the US Navigation Centre of Excellence (NAVCEN), after a total of seven receivers lost connection to GPS. “Disturbance still continuous.”

The cause of disruption, after an investigation by NAVCEN, was listed as “unknown interference.”

In the following days, vessels in and around Port Said and the Suez Canal reported sudden and unexplainable outages in their GPS, some lasting days, and referenced dozens of vessels in the area experiencing the same problem.

The disruptions were concentrated around the Canal, but also extended north along a strip of sea, from just east of Cyprus to the Lebanese coast. NATO has also reported disruptions off the south coast of Turkey. While the GPS mostly just disappeared, the reports noted, sometimes it placed the vessels somewhere they were not: in one case, a vessel in Port Said appeared on GPS to be west of Alexandria, more than 150 nautical miles to the west.

US and NATO officials were paying attention, with good reason. The region has seen military tensions escalate in recent years, particularly off the coast of Syria. It is also a vital trade route: in March, 1,450 vessels of all sizes transited the waterway, about a third of which were oil tankers or LNG ships, according to data from the Suez Canal Authority. Those vessels were carrying about 61 million barrels of crude oil alone, or nearly 2 million b/d.

By March 23, just five days after the first report, the US Maritime Authority (MARAD) released an alert warning vessels of possible GPS interference in the East Mediterranean. By the summer, the incidents had drawn an alert from NATO’s Allied Maritime Command (MARCOM).

“In recent months, several electronic interferences have been detected, particularly GPS and AIS interference, as well as possible GPS jamming in the East Mediterranean,” a July 31 advisory warned.

In the second part of this double feature, Katherine Dunn investigates an emerging security risk for the shipping industry, as maritime authorities report a rising number of GPS failures

“Disrupting GPS signals into these vessels is as easy as buying a GPS jammer off the Internet, hooking this to an amplifier and an antenna, and pointing the antenna at the intended target vessel,” says Todd Humphreys, who directs the Radionavigation Laboratory at the University of Texas at Austin.

The system behind GPS is straightforward. There are at least 24 active GPS satellites circling the earth, many equipped with atomic clocks. At any point, a receiver should be within sight of four of them. A receptor then determines from those signals where it is located, and at what time.

The system is still maintained by the US Air Force. While regional alternatives exist, including both Chinese and Russian systems, GPS has come to be used globally by every conceivable industry for nearly every conceivable purpose.

The problem is that those signals are surprisingly weak: anything from averse “space weather” to a conflicting signal can disrupt them. As a result, GPS jamming is a simple point and shoot operation.

GPS spoofing is more difficult to achieve, and still largely the domain of nation-states. It is also more dangerous, producing conflicting locations that, if subtle, can insistently lead a vessel off course without detection.

The largest risk, however, is the sheer scale of the disruptions to a system that is often taken for granted.

Between January 2016 and December 2017, more than 250,000 incidences of disruption, whether accidental or intentional, were detected by Strike3, an EU-funded project for tracking disruptions to GPS and other satellite-based systems.

Outside of military circles, experts say, there is little awareness that a GPS signal can be lost or misdirected.

“What we have generally seen [is] that disruption is getting more frequent, and the disruption devices are getting more sophisticated,” says Dana Goward, President of the Resilient Navigation and Timing Foundation, and a former civil servant in the US Maritime Authority. “Every time we think there’s a safeguard, or an obstacle to folks messing with it… they overcome it.”

orts of GPS interruptions were made between March 18 and November 4, all with the cause listed as unknown. In October, a NATO official from MARCOM said they were still investigating.