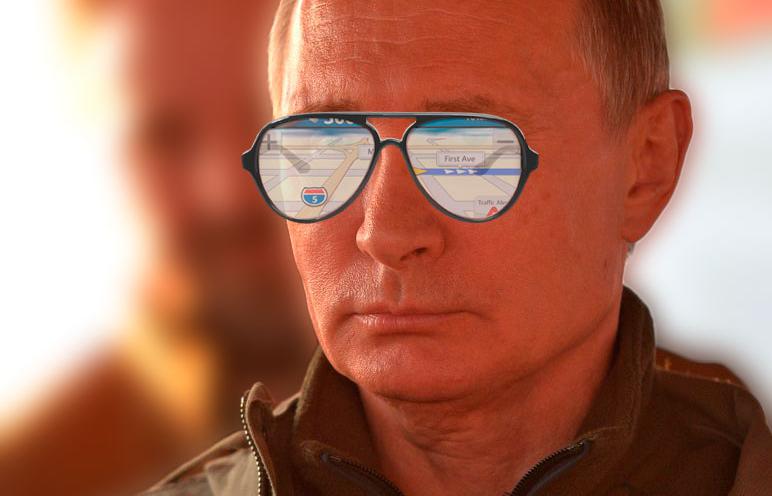 Blog Editor’s Note: We just ran across this article from 2016. While it is a couple years old, it has some tidbits we had not seen before. For example that the Russian government is spoofing both GPS and GLONASS in Moscow. Also confirmation that this is related to President Putin’s movements and is an effort to defeat drones. Not sure why this item has not come to our attention previously.  Perhaps it has only recently been offered in an English language version.  Or perhaps we just missed it.

It certainly provides the context for the maritime spoofing in Russian waters we have observed and reported on for the last two years.

The Kremlin Eats GPS for Breakfast

Why geolocation in central Moscow has become a real headache

Over the past several months, Muscovites have been busy complaining on social media that their GPS-powered mobile apps are malfunctioning. Users of Yandex.Navigator have run into frequent problems, for example, watching their vehicles’ locations bounce all over the map. When the Pokemon Go craze arrived in Russia earlier this year, Moscow’s geolocation issues became truly widespread.

Everyone experiencing problems seems to report one thing in common: devices start going weird near the Kremlin, at the very center of Moscow. Earlier this week, the popular blogger and podcaster Grigory Bakunov, better known online as “Bobuk,” investigated these troubles firsthand.

Bakunov says he got so fed up with all the speculation about what is happening with geolocation near the Kremlin that he loaded a backpack full of devices that use GPS and GLONASS, hopped on a segway, and set off to do laps around central Moscow, measuring the strength and accuracy of his geolocation signals.

He spent three hours rolling around the Kremlin, starting at 9 a.m. and wrapping up at noon. “Cutting across the city on a segway for three hours in 2-degree weather was quite the rush,” Bakunov recalled.

The reason this stunt was more than just another vague complaint about malfunctioning geolocation is that Bakunov mapped his entire experiment. He was able to measure, in blue and red, where his GPS and GLONASS devices succumbed to location-spoofing. Take a look at his map, and you’ll see that the epicenter of the geolocation interference is somewhere inside the Kremlin.

Geolocation spoofing around the Kremlin.

Bakunov says he believes there is a powerful transmitter operating at random times inside the Kremlin, spoofing geolocation signals on the L1 frequency, which is what civilian devices rely on for geolocation. (According to Bakunov, the transmitter is also jamming the L2 and L5 frequencies, which militaries use for increased accuracy and reliability.)

When Bakunov’s devices came under the influence of the spoofing transmission, they suddenly thought they were at the center of Vnukovo airport, roughly 30 kilometers southwest of the Kremlin.

Bakunov speculates that this is because the government is targeting drone quadcopters, many of which now come preprogrammed to stop operating near major airports.

It’s also possible, he says, that Russian officials simply wanted to spoof another location in Moscow besides the city center, in order to deflect the drones, and Vnukovo is alphabetically the first airport in Moscow that appears in most drones’ no-fly lists.

In 2013, the world’s bestselling drone-maker, Chinese technology company DJI, introduced geo-fencing, a technology that uses geolocation signals to stop its machines from flying too close to airports and other restricted areas. Vnukovo International Airport is on the list. If a geo-fence-enabled DJI drone suddenly thought it was approaching Vnukovo, it would either land immediately and refuse to take off again, or pause at the geo-fence boundary and not enter the airport’s airspace.

The Kremlin’s geolocation interference had a slightly less dramatic effect on Bakunov, a 39-year-old man wearing a backpack and riding a segway. He didn’t test any drones, unfortunately.

“If you’ve got an Android device, turn off the GPS,” Bakunov advised his readers. “If you’re on iOS, deal with it.”