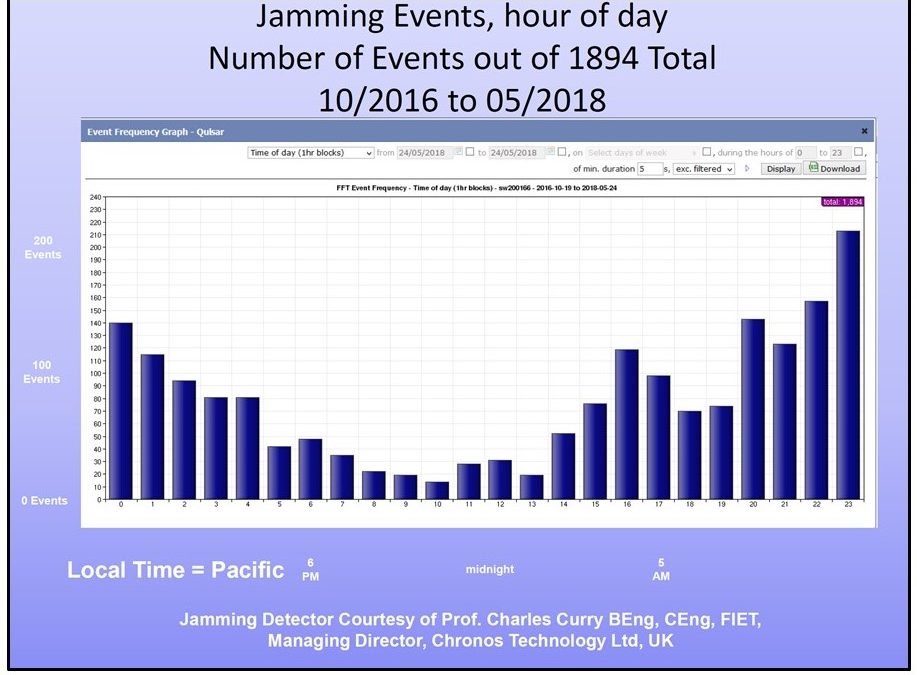 Why do we keep posting these things? Doesn’t everyone know that there are tens, if not hundreds, of thousands of GPS signal jammers out there being used by everyone from delivery drivers to Mafia bosses?  So what? No one has died!  Nothing really bad has happened!

Not so. We do this because:

So we will keep posting reports like this until everyone understands that this is a problem and something has been done to fix it.

During a tutorial at the recent Workshop on Synchronization and Timing Systems in San Jose, CA, Dr. Marc Weiss discussed the prevalence of GPS 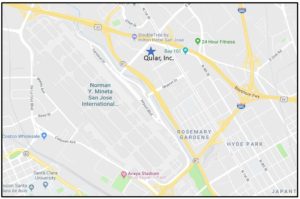 disruptions and cited the experience of Qulsar, Inc. whose offices were adjacent to the workshop venue.

Qulsar has had a Chronos Technology device in their lab to monitor for transmissions in the GPS frequency for several years. The antenna is on the roof of their two story office building. San Jose International Airport, and three busy freeways, the 101, 87, and 880, are nearby.

The Chronos monitoring device detected 1,894 signals in the GPS band strong enough to interfere with GPS receivers between October of 2016 and May 2018. 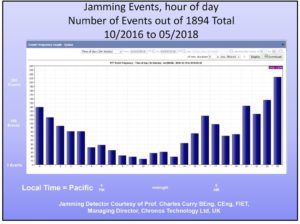 Though the average was about three events per day, there was significant variation in the number of events by time of day (activity peaked around noon) and day of the week (much less activity on weekends 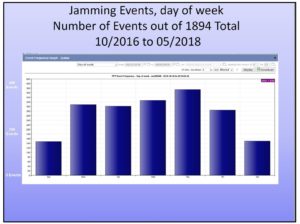 Blog Editor’s Note: As would be expected in any high traffic area such as this, there have been a number of fatal and serious injury traffic accidents over the last several years. It is impossible to know if GPS disruption contributed to any. 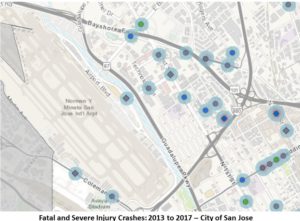