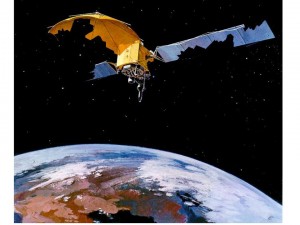 Last month Air Force Secretary Heather Wilson told the Washington Examiner “We built a glass house before the invention of stones” by way of explaining the vulnerability of space systems and the services they provide.

Of all our space-based services, GPS signals are the most widely used, the weakest and the most commonly disrupted.

What should we do?

Since 2005, the President’s National PNT Advisory Board has been offering administrations ways to renovate this glass house into more of a castle:

Don’t allow people to throw stones. Regularly monitor the airwaves for GPS jammers and enforce the law against those who use them. There are relatively simple and inexpensive ways of doing this, but to date no government agency has seen fit to take on the task.

And of course, don’t legalize stone throwing. Government studies show that high power transmissions in frequencies near those used by GPS can bleed over and block GPS signals for many. Yet the FCC is considering allowing a company called Ligado to do just that.

Make the glass tougher. Antenna and receiver technology are available today that greatly reduce GPS users’ vulnerabilities to spoofing and jamming. These are not widely adopted because users don’t see the need for the extra cost. Government has a leadership role in raising awareness and ensuring critical infrastructure applications are less vulnerable.

Add a layer of Kevlar to the roof and walls. The PNT Advisory Board has long recommended augmenting GPS with another signal. At a board meeting last year, former head of the US Air Force Science Board, Dr. Gene McCall, described how to integrate a strong terrestrial signal with those from GPS to make a system that is more accurate and virtually jam and spoof proof. This would be a relatively inexpensive investment in a space system. And we wouldn’t even need a rocket to make it happen.

Yet, despite the Air Force Secretary’s concern, and billions being devoted to “space security,” none of these recommendations have been acted upon.