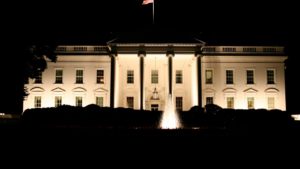 Blog Editor’s Note: Yesterday the President signed the National Defense Authorization Act for 2018.  This Act, now law, includes a requirement for the Secretaries of Defense, Transportation and Homeland Security to complete a demonstration of a GPS backup capability in the next 18 months.

Our readers may recall that, in 2004, President Bush tasked the Department of Transportation to work with the Department of Homeland Security and acquire a backup capability for GPS. Dispite several public decisions and promises to establish an eLoran system for that purpose, both the Bush and Obama administrations failed to follow through. In the last four years this has resulted in increasing Congressional concern, several hearings, and escalating legislative language calling for explanations and plans.  The bill introduced yesterday by Senators Cruz and Markey and the below language in the National Defense Authorization Act (NDAA) for 2018 are the most recent and prominent evidence of Congress losing patience.

These two bills are significant for several reasons in addition to their addressing an exceptionally important issue.

First, it is rare for the Congress to direct the administration to do what it has already said it would do. Normally that would be a waste of effort.  In this case, though, over the course of 13 years three administrations from two parties have failed to prioritize a significant national, economic, and homeland security threat. Congress clearly feels the need to exercise leadership as it has lost confidence in the executive branch’s willingness or ability to act.

Second, the two bills are very specific. The one introduced yesterday outlines system characteristics and methods of executing the project in coordination with the private sector in some detail. The NDAA also includes lots of detail regarding which departments should be involved, timelines, and so on. Setting these very specific benchmarks will allow the Congress to better hold the administration accountable.

Third, should there be a significant GPS disruption that causes loss of life or huge economic losses, the Congress will be better able to focus responsibility and blame upon the administration, particularly the Departments of Defense, Transportation and Homeland Security. These bills show that the Congress is aware of the problem, that administrations have been aware of it since 2004 and have not acted, and that Congress is trying to step fill the leadership void as best it can.  If the Congress’ action is late, then at least it tried. Woe be the administration and officials who failed to heed Congressional direction and allow America to be harmed.

It is important to note that the NDAA only authorizes expenditure of funds, but does not provide those funds. There is a $10M line item in the pending Defense Appropriations bill to fund the DoD portion of the demonstration (Transportation is also supposed to contribute). Congressional staff tell us that even if the other funds don’t come through right away, they expect a good start on the effort using the Defense Department funding.

Here is the relevant section from the signed 2018 National Defense Authorization Act:

SEC. 1606. DEMONSTRATION OF BACKUP AND COMPLEMENTARY POSITIONING,
NAVIGATION, AND TIMING CAPABILITIES OF
GLOBAL POSITIONING SYSTEM.
(a) PLAN.—During fiscal year 2018, the Secretary of Defense,
the Secretary of Transportation, and the Secretary of Homeland
Security (referred to in this section as the ‘‘Secretaries’’) shall
jointly develop a plan for carrying out a backup GPS capability
demonstration. The plan shall—
(1) be based on the results of the study conducted under
section 1618 of the National Defense Authorization Act for
Fiscal Year 2017 (Public Law 114–328; 130 Stat. 2595); and
(2) include the activities that the Secretaries determine
necessary to carry out such demonstration.
(b) BRIEFING.—Not later than 120 days after the date of the
enactment of this Act, the Secretaries shall provide to the appropriate
congressional committees a briefing on the plan developed
under subsection (a). The briefing shall include—
(1) identification of the sectors that would be expected
to participate in the backup GPS capability demonstration
described in the plan;
(2) an estimate of the costs of implementing the demonstration
in each sector identified in paragraph (1); and
(3) an explanation of the extent to which the demonstration
may be carried out with the funds appropriated for such purpose.

Link to the entire Law