Blog Editor’s Note:  The British government has been actively addressing this issue. See the economic impact analysis they did earlier this year. We understand additional work has been done and another report or plan will be released soon. 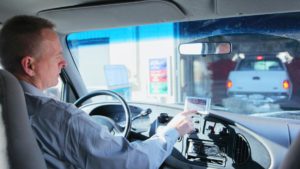 Two things keep Britain’s navigation scientists awake at night. The first is nefarious plots by the Kremlin to bring down critical GPS infrastructure. The second is white van men sneaking off for lunch. And both, they argue, mean that we should be wary about our reliance on satellite navigation.

Next week Brighton will host the Royal Institute of Navigation’s annual international navigation conference. It does so at a time when the ubiquity of GPS means that many of us have never needed so much as a road atlas, let alone a compass, and might even be tempted to ask what, exactly, is the purpose of an institute of navigation?

However, after a government report estimated that disruption to GPS signals could cost the British economy £1 billion a day, speakers will warn that we are dangerously exposed to the consequences of losing a surprisingly fragile system.

“GPS has become an invisible utility. It’s everywhere,” John Pottle, director of the institute, said. It is used not only by car sat-navs and emergency services; the constellation of European, US and Russian satellites above our heads is also crucial in providing a time signal to the financial services sector.

All of which, he said, makes what happened to Russia’s Pokémon Go players late last year especially worrying. “In Moscow at the end of 2016, people were in the centre doing what people do — playing Pokémon Go, using Uber, and their location was being shown at the airport rather than the city centre. Similar effects were seen in Saint Petersburg. Nobody really knows what went on.”

That was not the last such mysterious event. Last summer ships in the Black Sea started noticing a loss of GPS. “More than 20 vessels reported interference. Why disrupt shipping in the Black Sea?” Mr Pottle asked. Security experts have a theory. “It would seem that whoever was behind it, it was probably some sort of organised trial.”

Such is the weakness of the GPS signal, however, that it doesn’t take state-orchestrated plots to disrupt it. Sometimes all it takes is a plumber trying to hide from his boss. Increasingly, companies use GPS trackers to keep tabs on their employees. Employees, in their turn, look for ways to stay out of sight.

“Maybe you want a break. Maybe you want to go and see someone you have a relationship with. So you get a small jammer,” Mr Pottle said.

It is legal to buy GPS jammers in the UK, but not to use them. Detectors at ports and on motorways record tens to hundreds of them passing each day. The problem is, though, that they don’t knock out only the van’s GPS, they also jam signals in a surrounding area.

“The most famous case was where one of these took out the navigation systems at Newark airport in the US,” Mr Pottle said. It shut down the air traffic control feed, and if it could do that, imagine what it could do to a motorway full of driverless cars?

It is for these reasons that the conference will urge that more effort be put into systems that can augment GPS.

Many driverless car plans now involve visual navigation, identifying landmarks with lasers or cameras, as well as inertial systems that can measure acceleration, deceleration and turning to estimate position. None will rely solely on GPS.

This means, Mr Pottle said, that at the very least there is still a point to an institute of navigation.

The time, the place

Link to the Times Article