Blog Editor’s Note:  Here is another good overview article. The reporter from QZ.com, which focuses on the finance and banking industry, became interested in the topic after watching the video of the recent National Space Council (see yesterday’s blog post). 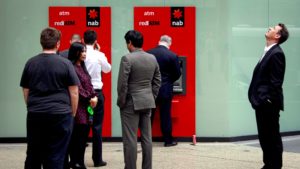 There is an enormous, invisible clock that keeps ultra-precise time, can be checked from anywhere on earth, and is free for everyone to use. This technological gift to mankind was built by the US government. It is called the Global Positioning System (GPS), it lives in space, and you use it every time you check the map on your phone.

What you may not know is that you rely on it far more often than that. Cell towers use it to route your phone calls, ATMs and cash registers use it for your transactions, electrical grids use it to send power to your house, and stock exchanges use it to regulate the trades that go into your stock portfolio or investment fund. And it is far more vulnerable to attack and disruption than most people know or are willing to admit.

“When we talk about economic infrastructure, I don’t think the general public realizes the extent to which the Global Positioning System’s timing signal is critical for these ATM transactions and every other point-of-sale transaction conducted in the United States and throughout most of the world,” Michael Griffin, a former NASA administrator, told US space policymakers in early October. “To what extent do we believe that we have defended ourselves if an adversary can bring our economic system near collapse?”

Time, as it turns out, is money, in a very literal sense. Since digital money moves faster than humans can think, banks and regulators alike rely on time stamps to monitor transactions, catch fraud, and make sure the right people get paid. When you pull cash from an ATM or swipe your card at the coffee shop, the machine needs to determine the precise time that the transaction occurs to, for example, prevent it from being over-drawn.