Answering the Call for a GNSS Back-up – “Inside GNSS” 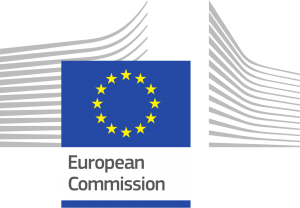 Editor’s Note: The below article from “Inside GNSS is a good follow-on to our June post about the UK government report on the economic impact of GNSS disruption. The report’s conclusion was that both eLoran and the low earth orbit satellite system Satelles could serve as complements and backups for GPS/GNSS.  Government officials in the UK have said “It doesn’t make sense to backup space with just more space.”  This comment and information in the article below leads us to believe that the UK is considering a “some of each” rather than an “either/or” solution for their critical infrastructure needs.
“Some of each” could be a relatively easy path forward for the UK. Satelles is a commercial service to which owners and operators of critical infrastructure and systems could subscribe. Also, the UK already has one eLoran transmitter in operation that can provide a time signal for the entire nation.
It only remains for the UK to determine whether the eLoran signal will be provided for free, for a fee, or perhaps a bit of both with tiered levels of service. The UK may also want to establish a second eLoran transmitter site to improve redundancy for the time signal, or two more sites to enable location services.
If two more eLoran sites were to be established, the government report estimates that the entire national system would cost about £50M over a 15 year period. A relatively small number compared to the estimated £5.2B loss to the nation during a 5 day GNSS outage due to solar storm or other disruption. And if a tiered service approach was adopted wherein some services generated revenue, the system could provide net income for the government rather than being a cost.
European Union efforts – We also found the comments in this ‘Inside GNSS’ article about European Union efforts interesting.  At the Munich Satellite Navigation Summit this year a representative of the European Commission speaking about the need to provide a GNSS backup said that the commission agreed with the need and was beginning the process by developing a European Radionavigation Plan. According to the below ‘Inside GNSS’ article, things have been moving along.  We will have to check with our friends at the EC to get an update and report back to you.

Answering the Call for a GNSS Back-up – Inside GNSS

The team behind the new report on the economic impact for the UK of a GNSS disruption says eLoran is an option, a good option, but not the only option to back up GNSS. Meanwhile, concerns about the potential ramifications of a widespread GNSS failure, long expressed by voices in the United States and UK, may now be taking hold in the European Union.
PETER GUTIERREZ
A government report commissioned by Innovate UK, along with the UK Space Agency and the Royal Institute of Navigation, entitled “Economic impact to the UK of a disruption to GNSS”, comes in the wake of troubling incidents for GNSS operators, both the United States and Europe.

Last year a problem with the GPS satellite timing signal triggered alarms and caused an unknown number of outages, and in Europe earlier this year the fledgling Galileo signal crashed due to unspecified ground facility issues.

“We wanted to know the economics behind a loss of GNSS, and if there are innovations in the GNSS market we should be investing in, perhaps addressing GNSS vulnerability or new technology integration,” said Andy Proctor. “Understanding the economics of a GNSS worst-case situation has not been done in the UK before.”