Editor’s note: In June we posted a South Korean news item that contained much of this same information. The most significant difference with this news item is that in June the lawmaker making the fuss was from the opposition party. The one cited in this article is from the ruling party.

S. Korea has a project to upgrade its Loran-C system to eLoran so as to provide its ships, airplanes, cell phone towers and other infrastructure another electronic navigation and timing signal for when GPS is disrupted.  This project has been repeatedly delayed (over contracting issues, we understand).

Perhaps the ruling party raising the issue now is a sign that the government and senior industrialists are getting impatient with project delays.

Below is the article that appeared yesterday in the Korea Herald.  Even though it might be mostly “old news” we are posting it because S. Korea is treating it as a current issue, and because it is always good to be reminded that there are lots of people out there who are happy to disrupt GPS whenever they feel like it.

Disruptions of GPS, believed to be conducted by North Korea, have affected a total of over 2,100 planes since 2010, a lawmaker claimed Tuesday.

A total of 2,143 planes have reported damage from Pyongyang-caused GPS disruptions in 2010, 2011, 2012 and 2016, Rep. Jeong Yong-ki of the ruling Saenuri Party said, citing a report from the Ministry of Land, Infrastructure and Transport. 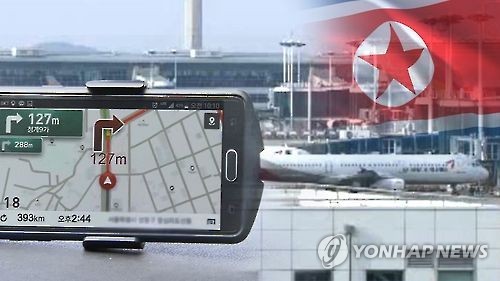 The disruptions can cause mobile phones to malfunction and affect planes and ships that rely on GPS for navigation.

The ministry said jamming signals were sent from five North Korean regions — Haeju, Yonan, Pyonggang, Kumgang and Kaesong — between March 31 and April 6 of this year, compared with just one spot in Kaesong in 2010.

“The jamming signals were weak in the past, but recently they have become stronger,” it said.

South Korea has been beefing up its system to counter North Korea’s attempts in recent years, and has been conducting drills regularly and actively developing technology that can detect the source of jamming attacks. (Yonhap)