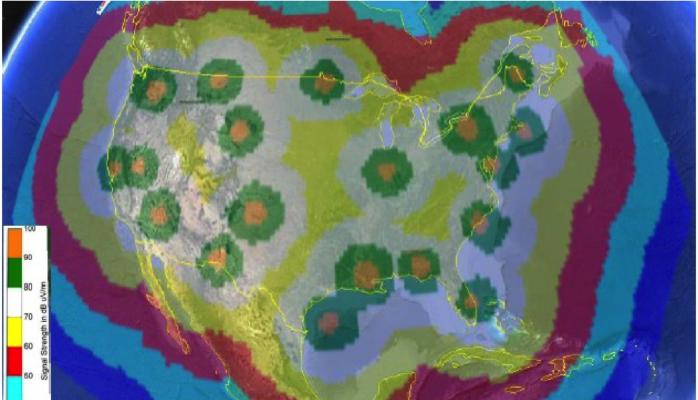 A rare glimpse into the thoughts and processes of the federal inter-agency in the arcane field of Position, Navigation and Timing, especially regarding GPS alternatives, was provided at the Stanford University PNT Symposium in October. An FAA presentation revealed the existence of a “Complementary PNT Tiger Team (CPNT3).” We learned:

This effort seems to be the most recent to try to reduce the risk to the nation that comes with having the precise, yet weak and easily disrupted GPS signal integrated into virtually every technology. As Dr. Brad Parkinson says, it has become “a single point of failure for much of America.”

The need for a wide area, wireless GPS alternative has been broadly understood among technologists since the mid-1990’s. A 2001 report by DOT’s Volpe Center was the first to widely broadcast the alarm.

In 2004 the President, in NSPD 39, identified GPS as critical to the nation’s security and directed DOT and DHS to work together and procure a backup system for use when GPS was not available. The inter-department body and process (the US Space-Based Position, Navigation, and Timing Executive Committee) took four years to examine and deliberate upon the problem.

Even though the process involved a committee and took four years, it finally worked. In 2008 the “PNT Excom” heartily endorsed DHS’ announcement that it would use the old, outdated Loran-C infrastructure to create a less expensive, more precise modern eLoran system to be the GPS alternative. Sadly, though, in the end the process didn’t work, though. The federal budget process resulted in the upgrade not being funded, and the old Loran-C system shut down in 2010 and slated for disposal.

Ever since then, suffering from a kind of post-budget-traumatic-shock syndrome, government technologists and policy makers have been in kind of a stalemate wondering what could be done about the twin problems of rapidly increasing dependence on the GPS signal, and rapidly growing threats to it.

It must be very frustrating to know that a GPS alternative is desperately needed for the nation’s security, but to feel like there is nothing you can do about it.

It is great to see that, perhaps, the stalemate has been broken and that the administration may be moving forward with a wireless, wide area GPS alternative. Certainly the Army’s recent RFI on eLoran receivers is an indication that may be the case.

We say “the stalemate may be broken” because the proceedings of the PNT Excom are not made public, and no formal announcements have been made. Stay tuned, watch this space for updates as they happen.