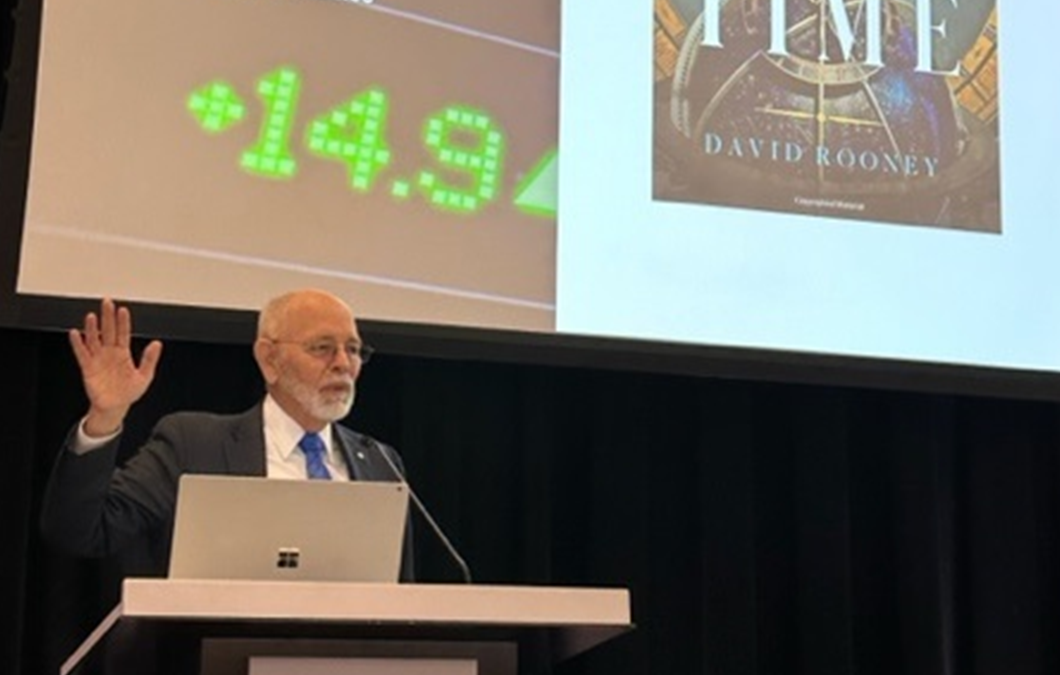 For a National Resilient Timing Architecture

“It’s about time.” Have you ever noticed that when someone says that they really mean, “It’s late. This should have happened long ago”? That has always been my experience.

Time is a funny thing.

Einstein discovered time is relative. The faster you go, the slower time goes.

I discovered when I was in government that bureaucrats can do Einstein one better. Many can actually make time stand still just by holding a meeting.

The guy who owns Viking Cruise Lines tells us that time is the only scarce commodity, so we better get on one of his boats.

And recently some physicists and philosophers have argued that time doesn’t really exist.

In the book “About Time – The History of Civilization in 12 Clocks” David Rooney says that time, or at least measuring time, is a method of control, specifically controlling people.

The Roman general Manius Valerius Maximus was a returning war hero. One of the things he brought back as a trophy after conquering Sicily was a sundial. He had it mounted on a pillar with his name at the forum and the crowds cheered wildly. Soon there were sundials everywhere.

But soon after that, no one was cheering. The sundials were scheduling people’s days and regulating their activity. People were complaining. One playwright wrote:

The gods damn that man who first discovered the hours, and yes, who set up a sundial here, who’s smashed the day into bits for poor me. When I was a boy, my stomach was the only sundial, by far the best and truest compared to all of these. It used to warn me to eat… but now I don’t eat unless the sun says so. The town is so stuffed with sundials people crawl along shriveled up with hunger.

Another writer called sundials “hateful” and said they should all be destroyed. But it was too late. The efficient Roman Empire had suddenly gotten a lot more efficient.

And that is really the beginning of how and why we find ourselves here.

Regardless of whether time is real or not, timekeeping certainly is. We can reach out and touch clocks. We can see records of events listed by hours, seconds, often nanoseconds.

Timekeeping allows us to understand history – we can place events that have already happened in their proper order. It gives us some control of the future by letting us schedule sequences of events to come. It makes modern life possible.