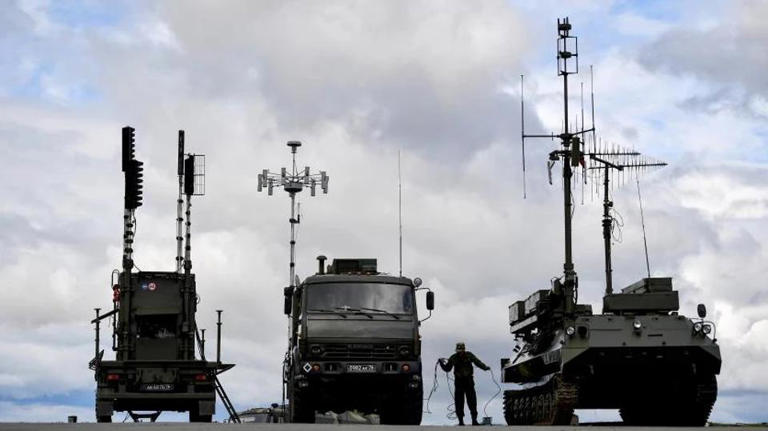 Blog Editor’s Note: A couple of articles, one emphasizing the glass is 10% full, the other that it is 90% empty. You choose which view you like.

We have seen other reporting that Ukrainian defenses against Russian drones and missiles are 90% effective.

Though Russia, supplied by Iran, has so many more drones and missiles to launch…

The Russian military’s failures in Russia’s wider war on Ukraine almost are too numerous to list.

Too many attacks along too many sectors, which thinned out Russia’s best battalions. Too few infantry to screen the tanks. Inflexible air support. Artillery batteries that bombarded too many empty grid squares. And perhaps most importantly: inadequate logistics for what would become a long, grinding war.

ut it’s important to note where the Russians succeeded. If only to understand where Ukraine might need to improve its own forces. For a rare picture of Russian military competence, consider the Kremlin’s battlefield electronic-warfare troops.

Amid the chaos of the Russian army’s initial push into Ukraine starting in late February, it took a few weeks for the Russians to deploy their extensive jamming infrastructure. But once they did, they began deafening and confusing the Ukrainians’ most sophisticated systems—in particular, their drones—in numbers that surely startled Ukrainian commanders.

Russia extended its attempts to jam satellite navigation systems after the drone attack on Engels Airbase on December 5th. Open-source data show a huge ‘bubble’ of jamming signals around Moscow and several other potential targets, including Engels airbase. However, this appears to have been futile a new drone attack hit the airbase again on the 25th, shortly after other drones targeted the Crimea.

According to satellite navigation expert Dana Goward, President of the Resilient Navigation and Timing Foundation, Russia typically relies on this type of jamming to counter long-range kamikaze drone attacks. While short-range drones are usually under direct operator control, long-range one-way attacks usually rely on GPS or other satellite navigation. Jam GPS and the drone loses track of where it is; it may do some damage but has little chance of hitting the intended target.