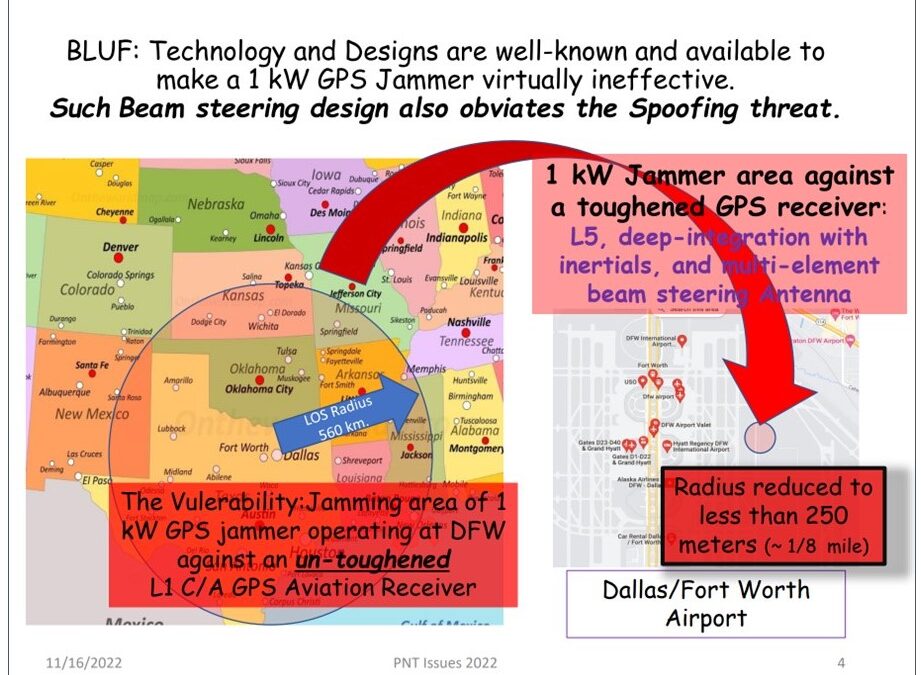 Adaptive antennas are very effective at protecting GPS/GNSS receivers from both jamming and spoofing. At the recent PNT Advisory Board meeting Prof. Brad Parkinson made that very clear.

Unfortunately, the International Trade in Arms Regulations (ITAR) prohibit American manufacturers from selling such technology abroad. This means that:

Another point made by Dr. Parkinson was that, because other countries did not have such restrictions, non-US companies were already selling this tech all over the world.  So the ITAR regulations, designed to keep the technology out of the hands of US adversaries, were ineffective.

The board’s deliberations led to a recommendation for government to lift these counter productive restrictions. 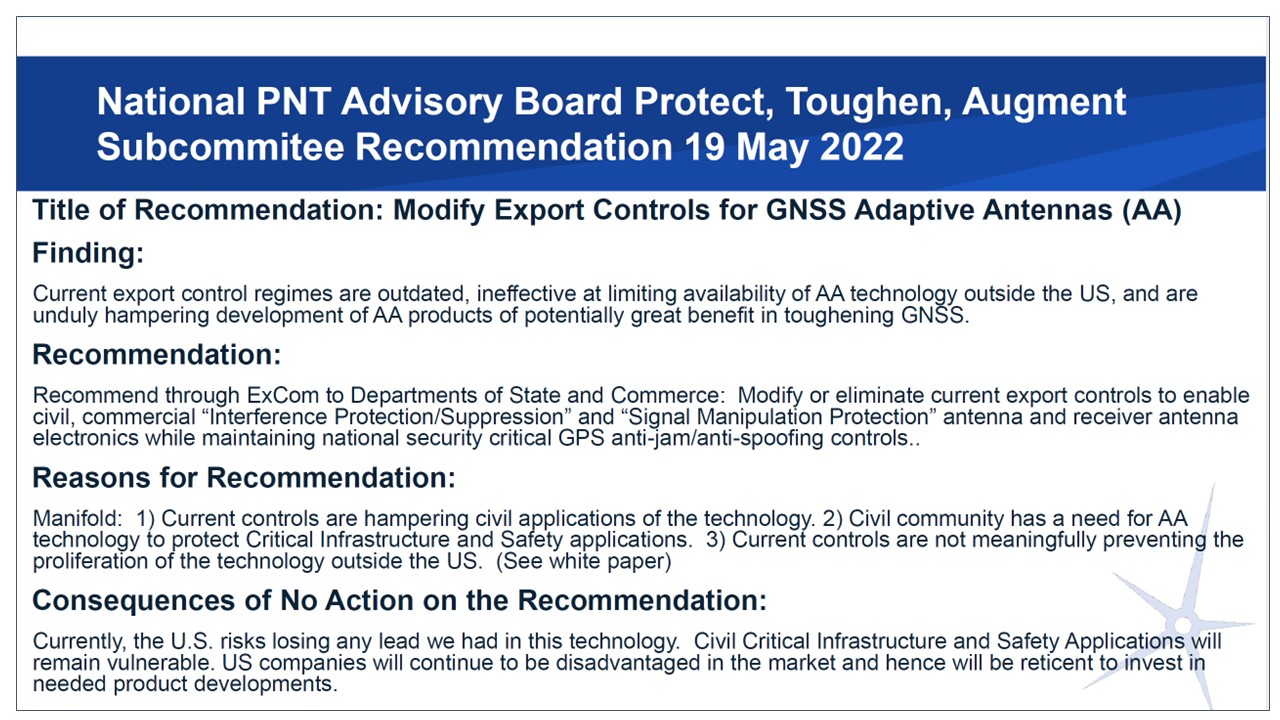 Discussion at the meeting indicated that proposals such as this had been made before by others but were rejected by government.

Yet none of the government employees or others at the Advisory Board meeting were able to identify the administrative process for considering such an issue, nor the official responsible for resolving it.

While undoubtedly both exist, in the minds of many this highlighted that there is no single official in the U.S. government responsible for championing GPS and PNT issues. Something that has been repeatedly identified by the board as an underlying, contributing (if not causative) issue form most of the challenges identified by the board.

Board member Jeff Shane, the former number three official at the Department of Transportation, summed it up saying “No one is in charge!”