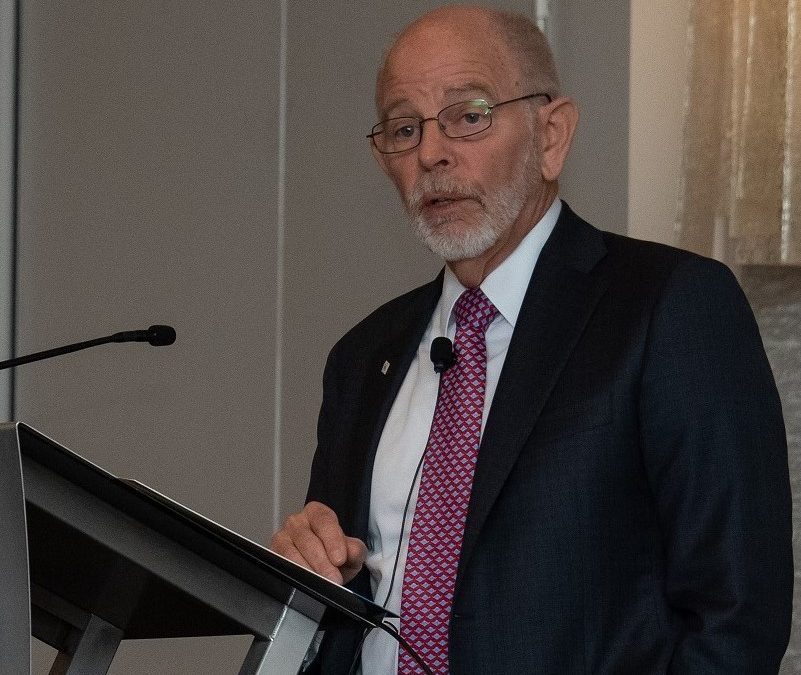 Blog Editor’s Note: I think of myself as a pretty optimistic, upbeat kinda guy. At least most of the time. After all, humanity’s arc – over the long run – has been improving. People are living longer and healthier, globally fewer are dying in armed conflicts, and so on. Generally, life is good.

So, I really hate coming across as “Dana Downer.”  Yet in our little area of concern – PNT resilience – things in the U.S. have yet to turn the corner from bad to better in any meaningful way.

2023 will mark the tenth anniversary of the RNT Foundation’s creation. Ten years ago America had pretty low marks in the key PNT resilience efforts of Protect, Toughen, and Augment. Sadly, that really hasn’t changed. In some ways it’s worse.

PROTECT in 2013 – The FCC had suspended Lightsquared’s permission to operate two years earlier but was still considering the letting them go ahead. The nation had limited ability to detect, locate, and terminate signals interfering with GPS services.

PROTECT today – The FCC has approved Ligado’s application to operate. America still has very limited ability to detect, locate, and terminate GPS interference. For example took 33.5 hours for the government to terminate the Denver incident in January 2022. And the signal was so powerful it impacted aircraft across a 4,000 square mile area. A similar incident in October’s near Dallas lasted 44 hours – and the source was never identified (fortunately it stopped on its own).

AUGMENT 2013 – Despite a presidential directive, endorsement by experts, and a government press release announcing a complementary system for GPS, the $36.4M/yr for operation and upgrade of America’s high power, difficult to disrupt terrestrial PNT system had been eliminated in 2010. Yet America’s most vociferous adversaries had retained and were improving their terrestrial systems.

AUGMENT today – Despite written administration promises to Congress in 2015, and Congress passing legislation in 2018 mandating action, no complementary system that can be easily accessed and widely adopted by users is available or even envisioned. And America’s most vociferous adversaries have retained, and some have upgraded, their terrestrial PNT systems to complement space-based sources.

Over the same ten year period the threat and incidents of accidental or malicious disruption have dramatically increased. We almost lost a passenger airplane to an accidental disruption in 2019. The STRIKE3 project in Europe documented hundreds of thousands of spurious interference events. It also demonstrated concerted malicious interference efforts documenting about 300 “families” of jamming equipment.  And of course Russia’s direct threat to the satellites, its  jamming and spoofing in Ukraine, northern Norway and elsewhere, and the rise of “circle spoofing,” likely in China, have given us to understand how vulnerable GPS signals and users are to those who would to them harm.

I spoke briefly about this as part of the the RNT Foundation update to the PNT Advisory Board in Redondo Beach last week. Here is a link to the video.

If you would rather just read my remarks, here you go:

In the beginning there was GPS and it was good. And the people acclaimed it with great joy and prospered. Yet slowly serpents of darkness crept into this Eden and here and there began to sow chaos.

The year was 2013 and I had just left government having served as the maritime navigation authority for the United States my responsibilities including DGPS and other electronic navigation systems. Former Assistant Secretary of the Air Force Martin Faga and I shared concerns that the federal government was not taking the steps it had articulated as needed to protect GPS services and users.

At the time, most receivers in use, even in critical functions, were relatively simple devices that could be easily jammed or spoofed.

The FCC had a pending action to allow Lightsquared to broadcast in a formerly satellite-only band. There was overwhelming concern in the executive branch and industry that this would deny or degrade service for many GPS users.

Protecting frequencies on a day-to-day basis was also difficult as the nation had little ability to detect, locate, and terminate interference.

And despite a 2004 presidential directive to establish a complementary service for GPS, a 2008 press release by DHS saying a technology had been selected and the effort was underway, there was no prospect of that ever happening. Ignoring virtually every engineer and technologist in government familiar with the issue, OMB had eliminated funding that had been in place for 50 years that was to be used to establish the new system.

Marty and I were concerned that talk about resilient PNT within the government had essentially stopped. We decided to create the Resilient Navigation and Timing Foundation as a way to keep the discussion alive. We would advocate for policies and systems that protect GNSS satellites, signals, and users. Basically Protect, Toughen and Augment.

By law as a 501(c)3 we are prohibited from giving our members any substantial direct benefit. Individuals and companies join RNTF because they believe in and support our efforts. We really appreciate that (so thanks again to members here and on line for your support) and keep our memberships accessible with fairly low dues. We like to say, we put the “non” in non-profit.

So that is a little background on who we are and what we have been doing.

While RNTF’s efforts and those of this distinguished group over the last ten years have had an impact, things in PNT World haven’t gotten a lot better.

Our efforts to protect the frequencies suffered when the FCC decided for Ligado. By the way, Ligado has complained to us that RNT Foundation submitted more filings with the FCC against its proposal than any other organization. Yet despite a huge coalition of organizations also submitting similar filings, the decision went the other way. If there is any bright spot at all it is that the FCC has not figured out how to answer our Petition for Reconsideration nor those from six other petitioners.

And protecting GPS frequencies on a day-to-day basis is still difficult as the nation has little ability to detect, locate, and terminate interference.

A lot of work has been done in the last ten years to enable toughed receivers better able to resist interference. Not a lot of headway has been made, though, getting that equipment into the hands of users. Ramsey’s presentation yesterday was hopeful. The discussion on ITAR less so. At the same time the last ten years have seen jamming, spoofing, meaconing and accidental interference greatly increase. So, for the moment, the environment is much worse, many users are unchanged and therefore more at risk.

Augmenting GPS signals is always the most controversial of the PTA triad. Some die hard GPS-ers seem to feel like suggestions for complementary services are calling their baby ugly. I think such calls are recognizing the baby is precious, incalculably valuable, and in need of protection. In 2008 the Bush administration committed to establish a complementary system. In 2015 the Obama administration promised Congress it would do so. By the way, this board has recommended establishment of a complementary capability on three separate occasions, most recently in 2018. Congress has always been concerned. In 2018, impatient that no action had been taken, Congress passed the National Timing Resilience and Security Act requiring the Secretary of Transportation to establish at least a complementary timing system, based on the availability of funds. Unfortunately, the last two administrations have vigorously opposed any funding. In fact, the current administration has twice recommended repealing the Act.

In the last ten years China has greatly advanced its own PNT architecture to provide multiple space based and terrestrial complementary systems. Russia, Iran, South Korea, and Saudi Arabia have kept and improved their complementary PNT systems. This gives each, including our most vociferous adversaries, an economic and security advantage over the U.S. and puts us in a very awkward strategic position.

So again, the PNT environment has changed drastically over the last ten years, and in important ways we in the US have failed to adapt to these changes.

I mentioned earlier that we at RNTF advocate for policies and systems to protect GPS/GNSS satellites, signals, and users. Policies and systems. But the professional literature and our PNT Advisory board meetings make it clear, there are plenty of systems available to protect, toughen, and augment.

Technology in and of itself will not save us. It has to be adopted and used. Our challenge is having the leadership and policies that will get these implemented.

That is where we fall short, and where, in my humble opinion, we need to focus our efforts.

I am very glad to see all of the efforts at this meeting, especially in the area of focusing leadership and improved governance. That is the only thing that will really make the nation safer and we should all push that message relentlessly.