PNT Security is Part of Cybersecurity – Pending Advisory Board Recommendation 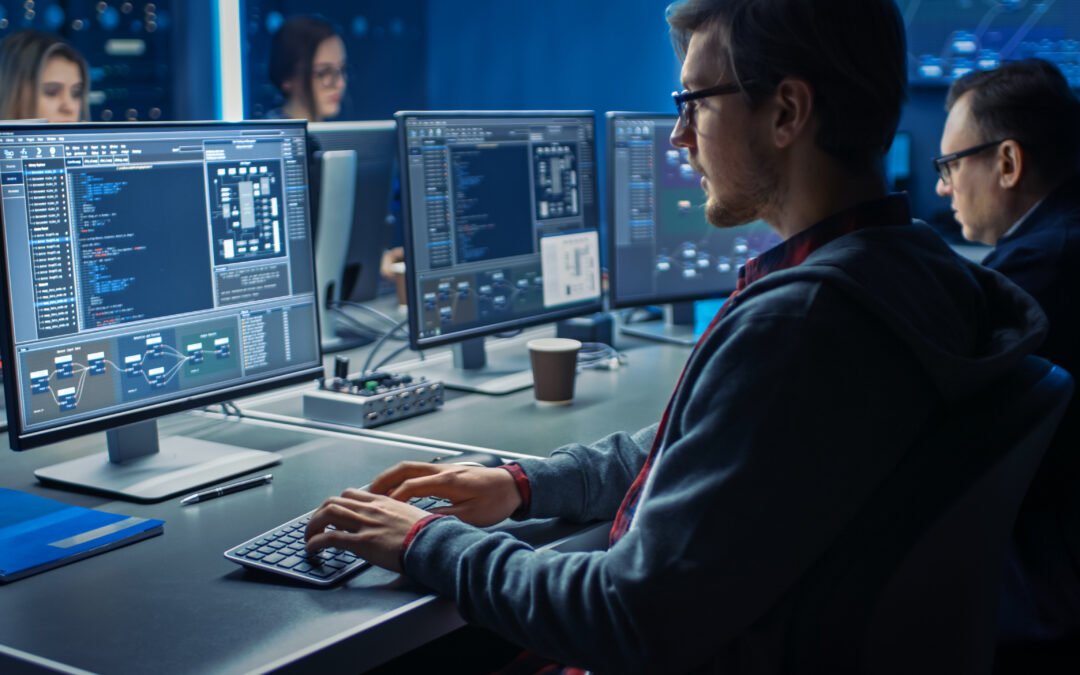 The President’s National Space-based Positioning Navigation and Timing Advisory Board concluded it’s 27th meeting yesterday with a slew of recommendations to be refined and forwarded to government.

One of these struck to the heart of how PNT and its security is viewed within the federal government and who is must be responsible for it. The recommendation points to it being a cyber issue and provides some rationale: 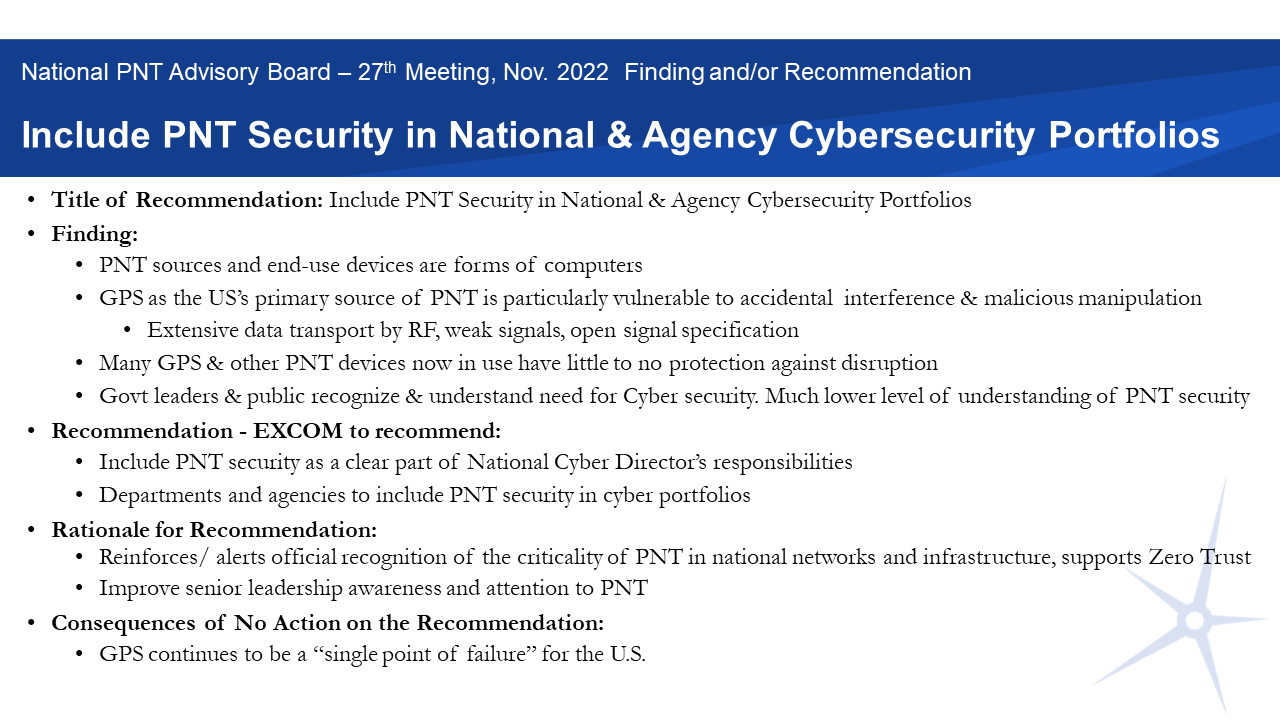 Defining terms can be very important as it impacts the amount of funding, staffing, and leadership attention given a particular issue.

In the eyes of some, PNT security has suffered from a lack of clarity as to what it is and where it fits in the federal bureaucracy.

For example, the Department of Defense may consider deliberate PNT disruptions a form of electronic warfare. The Federal Communications Commission might regard them as minor rule violations. For Homeland Security, PNT interference might be an infrastructure problem, or a possible terrorist act. And the Transportation and Commerce departments might see them as supply chain issues.

While all may be valid ways of looking at the problem, the lack of a unifying theme could make a whole-of-government approach to the problem, especially one that also addresses accidental and natural PNT disruptions, more difficult.

PNT is data generated by clocks and computers. It travels over wireless and fiber networks and is consumed by other computers. Denial or corruption of PNT data, for what ever reason, is a cyber issue.

Assuring continual and uncorrupted PNT data has long been a challenge. Dr. Brad Parkinson, the chief architect of the GPS program, remarked at the PNT Advisory Board meeting that “I knew we were going to have problems with jamming and spoofing from the start.”

Yet despite government reports and official recognition of the challenge by administrations since at least the early 2000’s, the government has struggled to make headway on the issue. A presentation at the Advisory Board meeting yesterday described how on the key elements of Protecting GPS frequencies, Toughening user equipment, and Augmenting GPS signals, very little has changed in the last ten years. This despite growing threats and instances of signal disruption. over the same period.

Video of Day Two of the PNT Advisory Board meeting is available here.